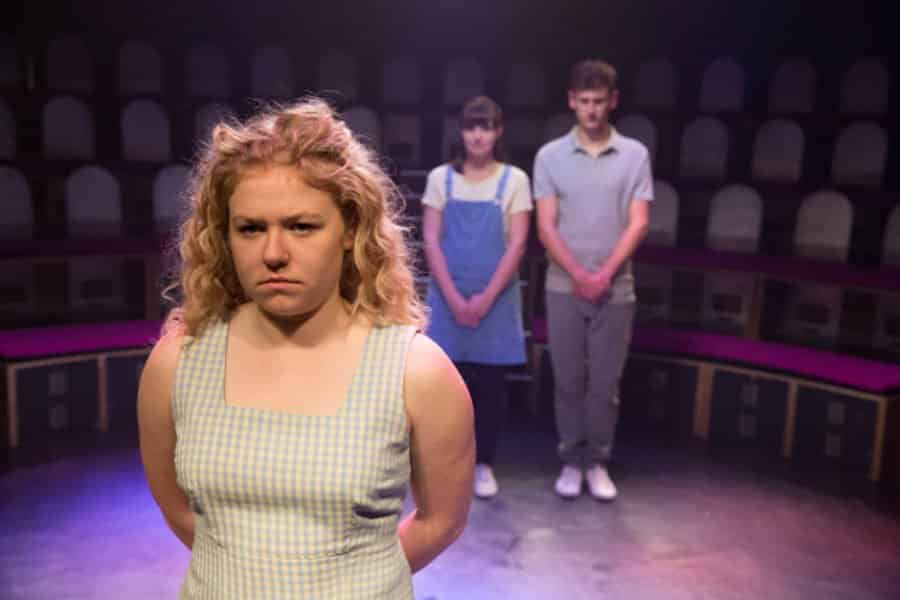 The ups and downs of being “best friends forever” are explored in Elinor Cook’s engaging new play, Out of Love. Darting back and forth chronologically, the drama cleverly peels away the layers in the deep friendship over three decades between Lorna and Grace who become inseparable as little girls living next door to each other.

As they grow older, their bond is tested by rivalry over boys and the different directions their lives take as Lorna heads off to university while Grace gets pregnant and stays in her home town as a single mum. With two strong performances by Katie Elin-Salt and Sally Messham, their stories are told grippingly under director James Grieve. We really believe the closeness of the pair’s friendship, given added intimacy staged in the tight circular space of Paines Plough’s Roundabout tent.

Playing all the men in their lives, Hasan Dixon is equally effective, whether a hormonal teenager or a protective father. All the performances are tightly directed, with a fluidity and intensity through movement devised by Jennifer Jackson. Its complex structure never confuses thanks to the cast and director as well as the skilful lighting design by Peter Small.

Out of Love is an emotional rollercoaster, at times very funny, sometimes devastatingly moving. Intelligently written and flawlessly staged, it is a beautiful, poignant play about female friendship and the ties that run deep.