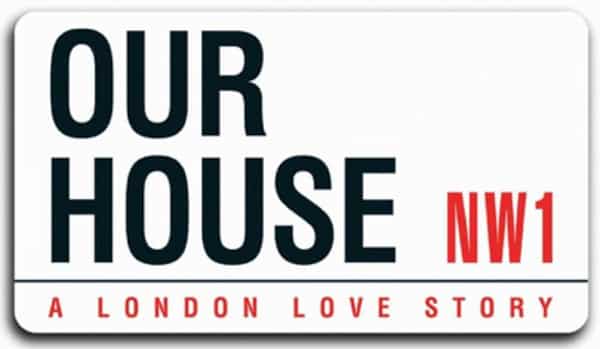 Our House is a jukebox musical first performed at the Cambridge Theatre over a decade ago. It won the Olivier Award for Best New Musical in 2002, but has not had an outing since. Tim Firth wrote the book and all the music comes from the back catalogue of the English ska band Madness. This revival is the work of director Michael Burgen and producer Sasha Regan. There are two acts and 22 musical numbers divided equally between them.

In essence, it is an ‘Everyman’ morality tale. Joe Casey (Steven France) grows up in Casey Street, Camden NW1 in a house (the ‘our house’ of the title) and estate originally built by his grandfather. But things have gone downhill since then. His Dad (Dominic Brewer) died after a career of criminality based on a series of incremental bad choices; so he has been brought up by his long-suffering single mum, Kath (Sally Samad). He is a popular figure at school, but in the course of a minor break-in motivated by a desire to impress his girlfriend Sarah (Ailsa Davidson) Joe has to make a crucial choice.. does he give himself up to the police closing in on him, or make a run for it.?

The musical explores both choices alongside each other and asks us to reflect on which would have been the better choice. The Joe who runs away escapes the law, and after a minor career in crime goes into property development and great material success, and with calculated philanthropy and altruism even wins back Sarah. He is the toast and envy of his friends and the local community until he gets involved with the very man whose flat he broke into originally. In the course of one final big job he risks undermining everything in a fundamental act of betrayal. Is his a success story, or has he sold his soul right from the start?

The alternative Joe takes the rap for breaking and entering but not only gets more than he bargained for in the form of a prison sentence but also discovers that there is no such thing as paying your dues to society. Every step he tries to take thereafter is dogged by this initial misstep. He faces prejudice and rejection and sinks further into unintended crime. Virtue is not in actual fact any sort of reward, certainly in the face of contempt and gradual falling away on the part of all his friends, including – apparently – Sarah. The two stories merge quite deftly at the end and the community is preserved.

Around and within these parallel stories wander a series of choric commentators – Joe’s Dad silently warning him against repeating his own narrative, and two pairs of friends Emmo & Lewis (Joseph Giacone & Joe Ashman), both goofy Rosencrantz and Guildenstern types, and Billie & Angie (Claire Learie & Chanice Alexander-Burnett) who flit opportunistically between fawning admiration and disdain according where Joe’s fortunes are headed. Villains come in the form of Mr Pressman (Rhys Owen), the dodgy property developer, and petty crook Reecey (Jay Osborne); the cast is completed by seven ensemble dancers who age with the principals as the story progresses.

There is a lot that is very appealing about the scenario and the production values that accompany it; but, for me, it does not quite convince. The comparative morality tale is intercut neatly but fails to develop in complexity beyond a certain point, not least because the music has insufficient variety of emotional theme and tone to introduce extra nuances. It is also doubly dated in the sense that while the music is a product of the 1970s and 80s and in its original form quite brash, cynical and ironic, the setting and story read very much like a full-on romantic critique of the Thatcher years. This itself now seems a bit simplistic when viewed from the perspective of our own era of austerity. The final product, therefore, does not quite gel in revival despite some fine performances, memorable numbers, top-rate musicians and – above all –superbly dynamic, varied and energetic choreography.

Part of the problem lies with the space itself. This is essentially a full-size West End musical pushing at the confines of a small Off West End venue. To say that is not a criticism of the theatre, which, as Stephen Collins has frequently noted, has showcased some work of rare quality in recent years; but it remains an awkward fit. The dancers do not have enough elbow room to really let rip, the band are awkwardly recessed with difficult sight lines, and some of the intricate changes in the elaborate lighting rig left sections of the audience dazzled in too close proximity. You don’t need the London Palladium for this show but it would flourish so much better – for example – in the round at the Donmar.

Among the performances, a number stand out. Steven France displays huge physical and mental stamina in the central role and tries to make him as likeable as he can. Ailsa Davidson makes the most of the more limited opportunities she has to develop her character, especially in quieter reflective moments in the second half. Dominic Brewer draws you into the rueful sadness of the father’s backwards glances and I would give a special mention to Rhys Owen for a series of excellent, neatly delineated cameos. The ensemble singing and dancing was to a high standard throughout with clean diction and continuously inventive movement, and not only in the high-energy numbers. For instance, I was particularly taken by the witty staging of ‘Driving in my car’, an inconsequential number brought to vivid life with great economy of gesture. Music Director Richard Baker keeps things moving well in what is a long show.

While this is a deserved revival of an intriguing show, the core material remains in some respects unsatisfactory, and the scale of the show is not a great fit with the location. If this sounds churlish, then that is only because in musical theatre – as in opera – for the whole to succeed to best advantage the list of parts that need to be in great shape is a long and exacting one. If there is one cog or element among the writers, performers or creative team that grates this can drag down the rest disproportionately in comparison with the drag-anchor effect in straight theatre. Most shows do not rise above that high bar but when they do there is nothing in the theatre to touch them. That said, Our House certainly provides an enjoyable night out with technical prowess on display that deserves high praise.

Our House runs at the Union Theatre until 12 September 2015