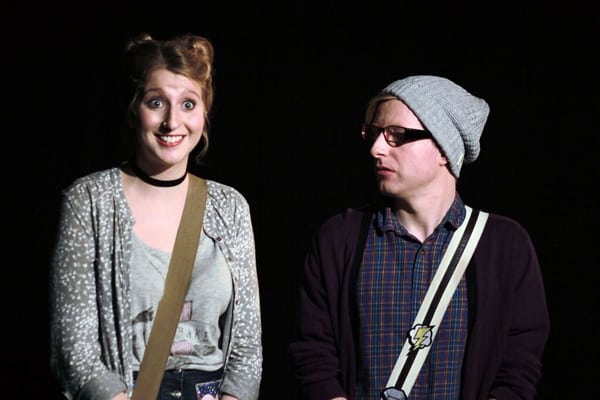 Adam Gwon’s delicious song-cycle-musical, first seen in London’s Off-West End a year before it arrived Off-Broadway in 2009 (subsequently also professionally produced in Australasia, Spain, Israel, Brazil and Scotland), makes a welcome return at the ever-enterprising room above an Islington pub that is the Hen & Chickens Theatre.   In the hands of Streetlights, People! Productions – the invention of founders Nora Perone and Jen Coles – it receives a smartly eloquent interpretation from Coles who also directed.  Fascinatingly, two of the cast – Perone (as Deb) and Emily Lynne (Claire) – come from the same part of the USA where the musical received its initial amateur production, at Penn State University (which is actually also Lynne’s alma mater).  Arguably, this lends considerable depth of realism to this company.  Their boys, the dippy Warren (Neil Cameron) and the more soulful Jason (Alistair Frederick), feed off this, and so the whole creation has a memorable sense of verisimilitude. 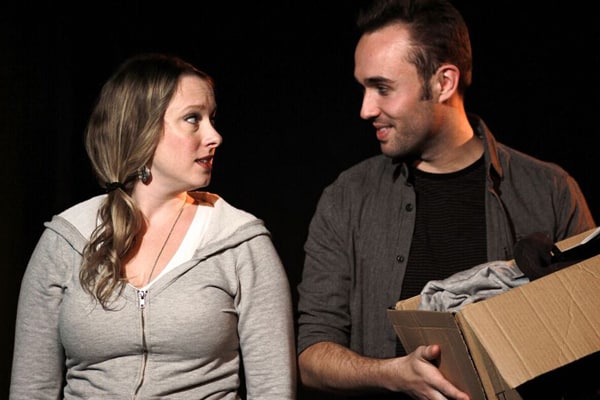 The plot, such as it is, shows us the tribulations of the mainly comic role of Deb (nailed with deadpan accuracy by Perone), the scatter-brained student whose quest for mislaid notes – serendipitously rescued by the directionless gay dreamer, Warren (Cameron’s gauche but never caricatured geek); meanwhile, Claire is the more dramatic role (and a gift for Lynne’s considerable theatrical talents), whose current relationship with Jason (Alistair Frederick, who knocks out a particularly impressive ‘Hundred Story City’), arrives at crisis-point when he moves into her apartment: she runs, backtracks, argues and panics, and only finally confronts – and masters – her tragic past, enabling her to go forwards with more positivity and hope.  We see the crisscrossing of these two couples through a number of ordinary days in New York City: the contrasts between them and perfectly sustained over 75 minutes, with some delightfully surprising moments when three or four are onstage and occasionally singing together.  It is a work of some subtlety and sophistication, all the more remarkable in coming from an artist who was still so young when he wrote it. 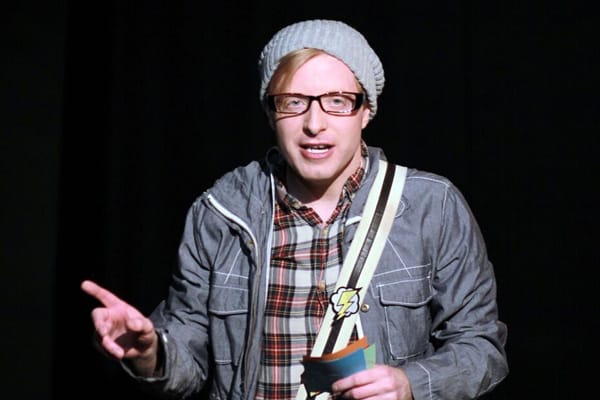 However, although presented as a song-cycle, it is almost a through-composed comic opera.  In fact, seeing it as I did yesterday, immediately after another much grander, more ostentatiously ambitious foray into that larger, older form, this one is formally, structurally and stylistically much more coherent.  While Gwon’s language is ‘conventional’ musical theatre, it is used time and again in wholly unconventional ways.  Numbers are rarely predictable in shape; lines grow and change organically, dependent upon the specific action of the moment; lyrics rarely seem far from spoken language – although the scansion is always flawless, the rhyming is usually so unobtrusive that it hardly seems there.  This really places him at a very superior level in this industry. 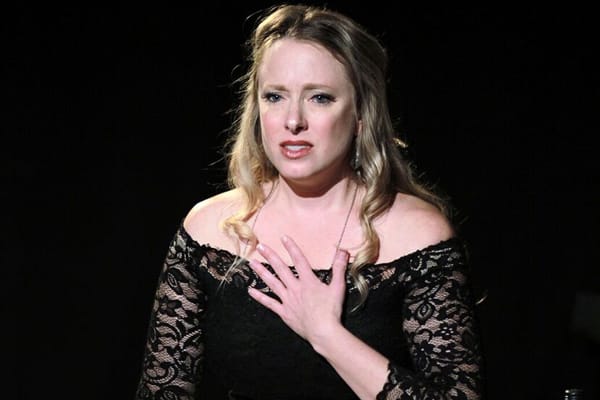 From the touching sensitivity of ‘Let things Go’, through the kind of mad ‘Tatyana’s Letter Scene’ of ‘Dear Professor Thompson’, to the bittersweet ‘I’m Trying’, full of am ambiguity of meaning that lends such tension to a dramatic situation that does not appear to have any ‘built-in’ to it, and then to ‘Saturday at the Met’, with its inventive use of the whole space, and the whole company, Gwon never wears his erudition on his sleeve, but he extends his arm to us to guide us gently through the emotional turmoil of contemporary life, taking us into and out of each musical number in his fastidious way.  While none of the songs seems like it wants to ‘stand alone’, it is difficult to understand why ‘Favorite places’ is not the ‘Trains and boats and planes’ de nos jours: Frederick certainly makes a compelling case for it to be so.  That fabulously lyrical moment crashes into the wildly comedic, ‘Sort-Of Fairy Tale’, and then the magnificent comic scena of ‘Fine’.  And always, there is such clever, unobtrusive linking from one number to the next, or the one after it, or the one after that, through placings of motifs, musical or verbal, or harmonic patterns, resulting in the sequence of songs steadily gaining in coherence and impact.  Gwon’s accompaniments, here brilliantly supported by Rowland Brache, always underpin the drama, displaying an often surprising sense of harmony and rhythm.  As the musical landscape becomes more secure, so do the characterisations of the actors attain more sharpness of definition, and their sudden confessionals about aspects of their lives that they seem unable to ‘fit’ into the life of the metropolis become, in fact, the real subject matter of the play.

Finally, Claire’s unexpected recapitulation of her painful past brings an equally unanticipated resolution to her journey, and then we are brought – smartly, in every sense – to the ingenious arrival at the title – in best musical comedy style – in the very closing seconds of the performance.  What a masterpiece this is, and what lovely, memorable performances it gets from this group.  It’s just around for two shows on one ‘ordinary’ day, Sunday 30th October, but I sense that we will hear from them again.  And again.