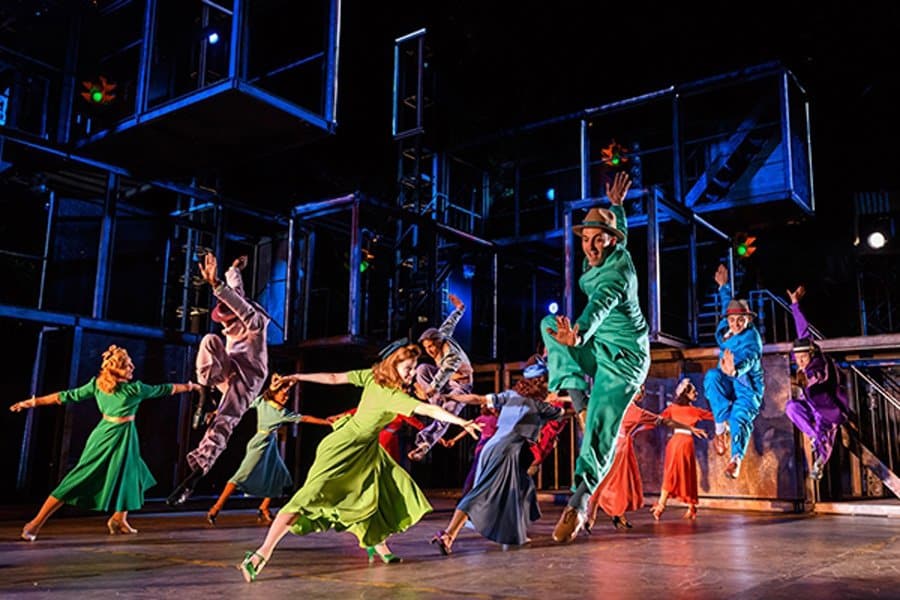 To the giggling girls behind me, the star of On The Town at Regent’s Park Open Air Theatre is ex-Hollyoaks hunk Danny Mac but, while the Strictly Come Dancing runner-up gives an impressive performance, this is a show where everything is the star, from Leonard Bernstein’s rich orchestral and melodic score to Drew McOnie’s breathtaking choreography. In this flawless revival, the cast of young leads – including two making their professional debuts – are part of a highly talented ensemble bursting with energy.

As director, choreographer Drew McOnie has breathed new life into the 1944 musical developed by Bernstein from an idea for a ballet by Jerome Robbins with book and lyrics by Betty Comden and Adolph Green. Following three sailors on 24-hour shore leave in New York City, it is best known from the 1949 film with Frank Sinatra and Gene Kelly. This inevitably stripped out some of the ballet sequences but dance is very much back at the show’s heart in McOnie’s hands, from classic musical style to more contemporary movement. Sinuous dancers move languidly in the beautiful dream-like Coney Island subway ride while the Lonely Town pas de deux is given a heart-breaking new identity as a closeted sailor having a gay assignation. 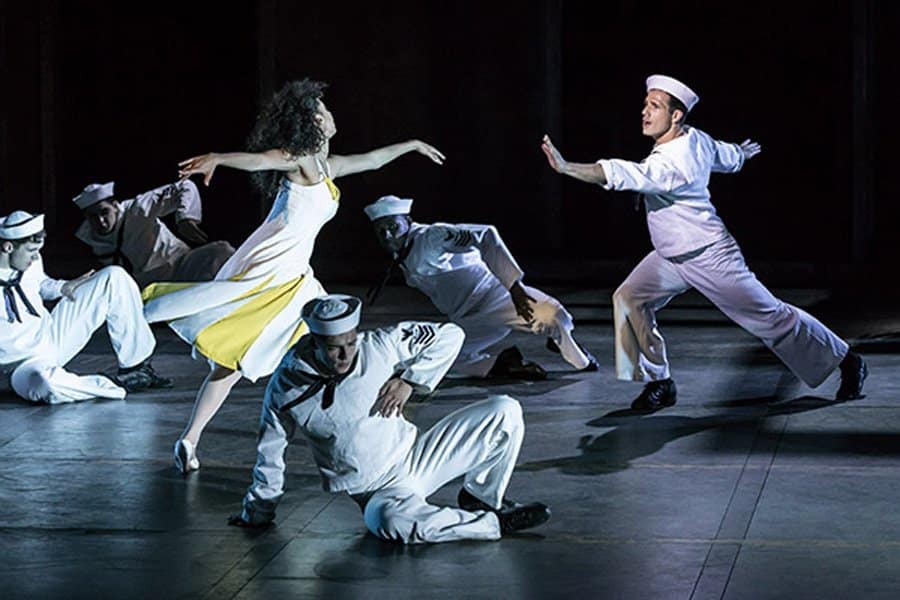 Standing in for Fred Haig after his injury, Jacob Maynard is delightfully perky as Chip, the bright-eyed sailor keen to see as many sights as he can in 24 hours despite the allure of Lizzy Connolly’s hilariously wise-cracking taxi driver, Hildy. Samuel Edwards is rugged but nimble as Ozzie, a Neanderthal sailor who melts the heart of uptight scientist Claire, played gloriously by Miriam-Teak Lee with a fine soprano voice – even more remarkable for someone making her professional debut. It is a credit to the Arts Educational Schools that all but one of the six young leads trained there with Jacob the only exception as an Urdang Academy alumnus.

Siena Kelly is charming as Ivy Smith, the Miss Turnstiles winner that Danny Mac’s Gabey hunts across NYC. In this classic tale of men chasing women, McOnie makes it abundantly clear that the girls are just as much into boys and sex, and they often take the lead. Maggie Steed does a good turn as Ivy’s alcoholic singing teacher while Mark Heenehan and Naoko Mori stand out in the small roles of Claire’s fiancé Judge Pitkin and Hildy’s sickly flat-mate Lucy Schmeeler. 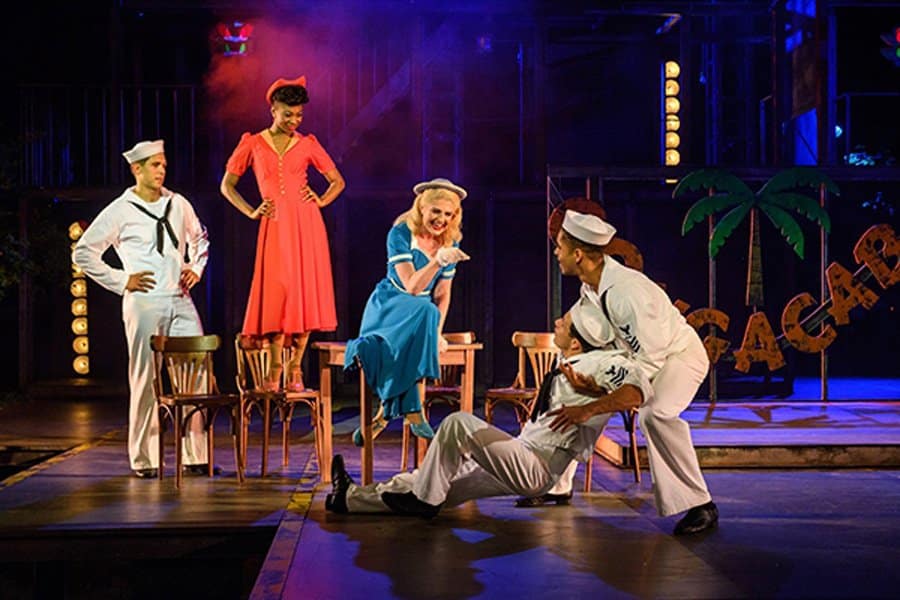 Against an industrial dock-inspired set, the stage is filled with colour thanks to the stunning 1940s-style costumes – a contrast to the sailors’ pure-white uniforms – all the work of designer Peter McKintosh. As the sun sets on Regent’s Park, they are seen in even sharper relief by Howard Hudson’s lighting design, culminating in the bold colours and bright lights of late-night New York clubs and Coney Island fairground. From start to finish, it all works together to create a helluva show.

BOOK TICKETS TO ON THE TOWN