Paul T Davies reviews Ode To Joy (How Gordon got to go to the Nasty Pig Party) at Summerhall as part of the Edinburgh Fringe. 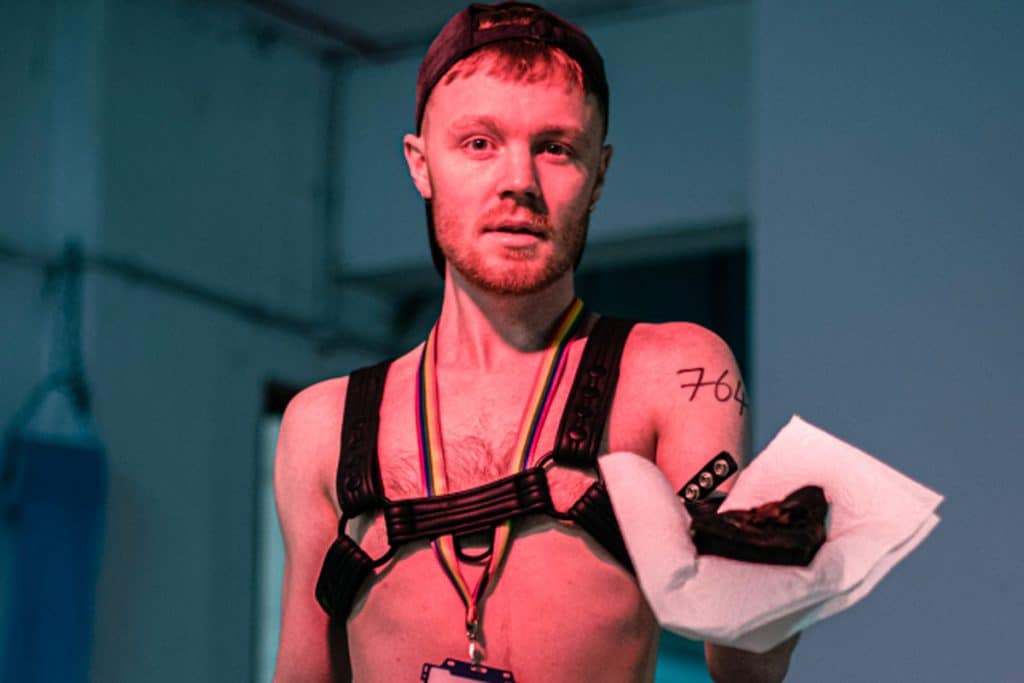 Writer James Ley is certainly having a moment this Edinburgh. Not only is his Wilf raising the roof at the Traverse, he is also packing them in for this daring comedy at Summerhall. I love Ley’s sex positivity in his work, his characters may enjoy hard, rough gay sex, but they all have heart and sympathy, and he is a damn fine comedic writer.

Here mild-mannered Gordon works for the Scottish Government, but secretly wants to be a “pig” and go to Europe’s biggest pig party in Berlin. Beautifully played by Brian Evans, we go on his journey, and it’s one of discoveries for many in the audience too! I won’t go into details, but he is contacted by Cum Pig, ( gloriously energetic Sean Connor), and the play is outrageously narrated by Man Pussy, a commanding Marc MacKinnon who revels in his omnipotent power. Yes, it’s not subtle, but it’s a play that makes no judgement on its characters, and we go with the outrageous tale. It also cleverly weaves in the EU and Scottish Independence, and Beethoven’s 9th turns up in a show for the third time for me!

Yes, perhaps the chemsex aspect is a little glamourised, but from the outset Gordon makes clear he is on PREP, the biggest protection against HIV. When he is ready to become his true sexual self the play roars with self identity, to a blistering soundtrack by Simon ‘Simonotron’ Ellbeck. In the words of the Scissor Sisters, it’s Filthy/Gorgeous.