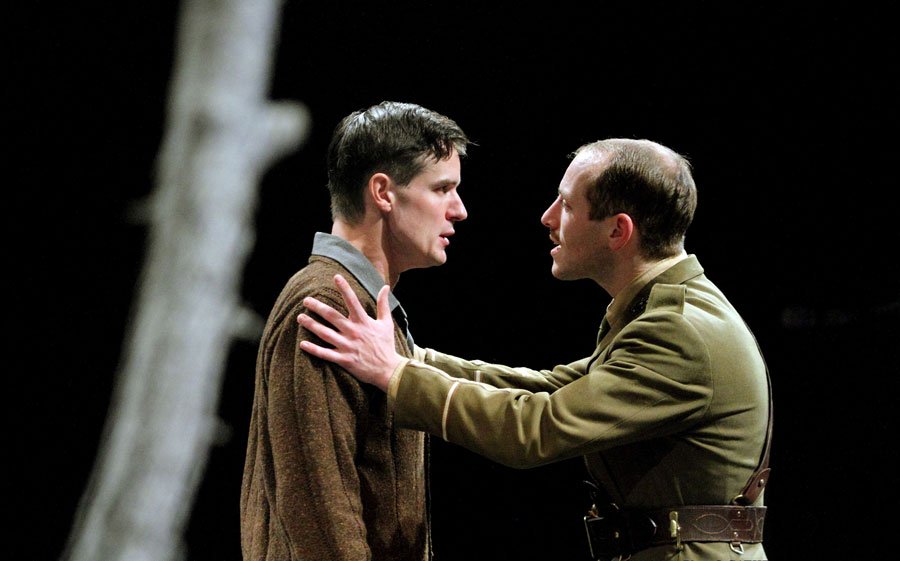 Stephen MacDonald’s beautifully structured play is given a fine production by Flying Bridge Theatre at this Fringe. World War One poets Sigfried Sassoon and Wilfred Owen meet at Craiglockhart Hospital in 1917, Sassoon already an established poet, Owen in awe of him. Through letters home, the poetry itself and shared hatred of the war, the two become friends.

This is a finely judged and tuned production. As Sassoon, Daniel Llewellyn Williams captures perfectly his anger at the war and his growing admiration of Owen’s writing. Iestyn Arwel is equally impressive as shy, nervous Owen, determined to return to the Front and not betray his men. That Owen was killed a week before the Armistice adds deep poignancy and is dealt with beautifully.

In the noise and demands of the Fringe, this is a still, quiet haven of poetry and the pity of war, well worth catching.