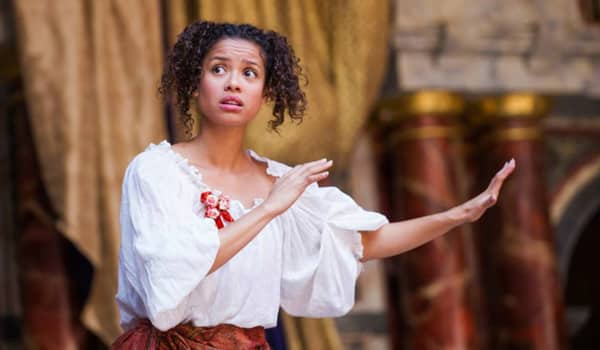 When you find yourself in the Long Gallery of some English country house, as often as not you will be walking past a bevy of Restoration Beauties by Lely or Kneller. It’s a numbing and depressing experience to see these women devoid of personality and liveliness, all reduced to identikit versions of what the roving male eye of King Charles II wished to see. Until suddenly you come across a portrait of Nell Gwynn. Try as they might the painters could not stifle her individuality. Head cocked to one side, décolletage determinedly exposed, pert and clearly argumentative, she stands out from the throng poised to respond with a witty riposte more than equal to any criticism or sneer about to be proffered.

In the final play of the mostly stern ‘Justice and Mercy’ season, the Globe now offers what in Greek terms might be termed a Satyr play, which tries to recapture the impish spirit of Nell, while also offering a bit more than a romping celebration of ‘Good King Charles’ Golden Days’. There is a serious purpose here too: namely to provide an account of the birth and early development of Restoration Comedy by presenting Nell as its witty and partly witting midwife.

In every sense is ‘Austerity’ banished – indeed when King Charles (David Sturzaker) explicitly proclaims its end, he triggers the biggest (if most predictable) cheer of the evening. Lavishness is the order of the day, and we see that right from the start in the way the Globe stage is decked out in sumptuous swagged drapes and silken cordage, the whole focused on a royal box at balcony level that bears the full panoply of the Royal Arms. Costumes and wigs are in period similarly, down to the last bustle, curlicue and outrageously over-sized hat, a fine display from the Globe’s costume department, supervised by Binnie Bowerman. 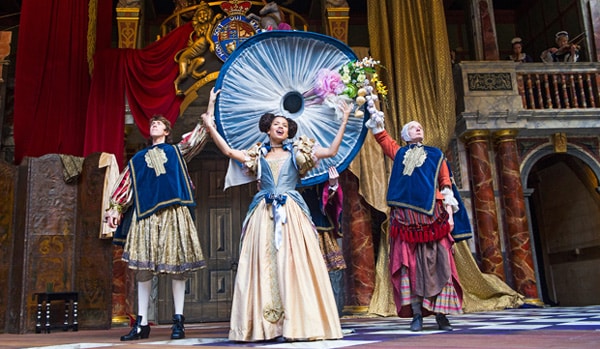 The play is by the award-winning Jessica Swale, and essentially pursues two themes either side of the interval. The first half is above all concerned with Gwynn’s rise from a murky childhood in a Covent Garden brothel and working on the fringes of the theatre as an orange seller in Drury Lane. From there her sheer liveliness of personality attracts the attention of Charles Hart, one of the leading actors of the day, and gains her entry into one of the two rival theatre companies that were testing the waters with the public after the Restoration and end of the Puritan proscription of the theatre.

Gwynn’s great opportunity – and that of other upwardly mobile low-born women – stemmed from the fact that Charles had gone further than simply restore the theatre – he had allowed women to perform on stage just as was the case in the Paris of his years of exile. She exploited the appetite for airy, frothy mythologized comedies, especially those written by Dryden, which privileged those women who could sing, move and dance well, rather than simply strike stylized ‘attitudes’ to encapsulate the moods of the text.

Of course contemporary audiences were also looking for women to dress as men in snug ‘breeches’ roles before being unveiled with more than a little fleshly revelation along the way. Gwynn, on this account (rather like Gypsy Rose Lee, currently playing elsewhere) was adept at giving the punters something of what they wanted and not too much, or too soon. She then deployed the same strategy with Charles II, after he noticed her one evening at a performance.

The second half of the play seeks to explore how this strategy fared amidst the shoals and deceits of court politics. Once Nell retreats from the stage, how does she handle the celebrity, the jealousy of other mistresses, the wiles of Charles’ politicians, notably Arlington – a composite figure for the purposes of drama? Above all how does she succeed in trying to hold the attention of Charles himself, once the novelty and first flush of their relationship has passed? The play suggests that she did better than many of her rivals by perceiving his essential loneliness behind the mannered and witty façade, and seeking to stimulate him intellectually through her native wit and support him emotionally rather than like others through sex alone. 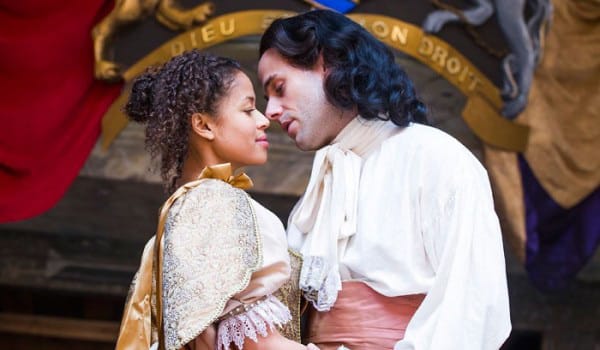 The lesson of history and of this play is that she largely succeeded. She was the only long-term mistress who survived without independent resources and patronage. No other paramour manage to leap so high in the hierarchy from such low beginnings, and she did that mainly by perceiving that if she did not claim a title for herself but only for her sons, she would diminish jealousy. It was a triumph of both crafty cunning and genuine personal warmth, a winning combination on stage and in life.

On the whole the first half is more successful than the second – there is a story to tell and a trajectory to describe, and Swale keeps both the personal narrative and the history of the theatre going in elegant tandem. After the interval the action is necessarily more becalmed and static and dependent on rather contrived quarrels and set-piece arguments whose outcomes seem fairly pre-determined and inconsequential.

The control of tone works broadly well. This is not pastiche of Restoration Comedy, but all the same the dialogue is sharp and sometimes witty, and assisted with some really excellent songs composed by Nigel Hess, that again hit the right period notes without seeming arch or fey or charmlessly bawdy. That said, the knowing and arch world of Blackadder is at times not far away, and the actors sometimes play up – or down – to that quite shamelessly. The audience loved it, and perhaps that has to be so, as this series must now be the popular culture point of reference and entry for most of us in this genre.

Given the general tone of broad-brush comedy and the need for large-scale projection from the Globe’s stage, the performances were necessarily generalized, but still highly effective. Director Christopher Luscombe kept things moving very briskly and scenes merged seamlessly with plenty of sprightly choreography along the way.

In the title role Gugu Mbatha-Raw has right plausible blend of cheek and feisty charm, and sing and dances well, but not too well. The early scene in which the bonhomous Hart (Jay Taylor) teaches her how to deliver dialogue is a very good exercise in showing both how Restoration Theatre worked, and that lively audience engagement mattered rather more than sophisticated nuance of interpretation. Among the actors of the ‘King’s Company’, the standouts were Greg Haiste as the outraged and outrageous female impersonator, Edward Kynaston, and the dresser and general factotum, Nancy, who pretty much stole the show time and again in what you might call the ‘Baldrick’ role. Graham Butler also fussed and fumed as a young John Dryden, a somewhat underwritten role.

At court Sturzaker’s Charles preserved just the right air of danger and reserve to preserve his dignity and authority above the fray, and David Rintoul demonstrated fifty shades of disapproval towards the goings-on around him, while pursuing his own brand of political perfidy. There were lively turns from Sasha Waddell as two contrasting mistresses of Charles – the venomous Castlemaine and the loftily superior and easily mocked Louise de Keroualle; and Sarah Woodward managed to be unrecognizably different as the bilious Queen Catherine and Nell’s brothel-keeper mother, Ma Gwynn. Anneika Rose played Nell’s sister, acting as a conscience and foil at key points.

While there are more serious moments to be found in this play, especially focused on the opportunities for women in the new theatre of the 1660s, there is no point pressing too far for layers of deep meaning in this frothy confection. Nell Gwynn’s mystique remains as inscrutable as the smile in those contemporary portraits. But it certainly provides a charming end to what has been a mainly very serious and thought-provoking season at the Globe, and represents an entertaining way of spending one of our presently golden, autumn evenings.

Nell Gwynn runs at the Globe Theatre until 17 October 2015