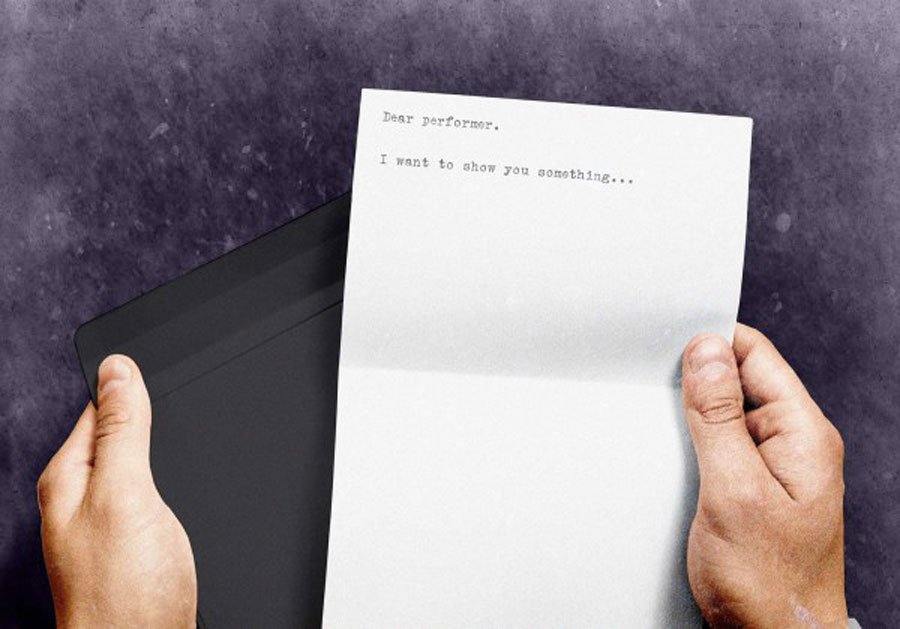 It is a brave step for an actor to go on stage in front of a live audience without rehearsing or even seeing the script first but an impressive roll call of performers have done just that for Iranian playwright Nassim Soleimanpour. Throughout the Edinburgh Fringe, audiences turned up to find the show – called simply Nassim – performed cold by a different person each time such as actor Monica Dolan, playwrights David Greig and Zinnie Harris and comedians Phill Jupitus and Mark Thomas.

It means each show is different as the performers responds to the script in their own way. They read Soleimanpour’s words and follow his stage directions with willing interaction from the audience. At the performance I saw, we were treated to an accomplished effort by Scottish actor Kieran Hurley who embraced the whole experience with joy and delight.

Without giving too much more away, it is an experimental piece that looks at how language can divide us but also unite us. It highlights how Soleimanpour’s plays, especially the hit White Rabbit Red Rabbit, have been performed all over the world but never in his own language of Farsi in his native Iran. But, while politics lurks in the background, the play is about the things that are common to all of us beyond language and cultural differences.

Directed by Omar Elerian, the show is playful and funny and, by the end, deeply moving. With more performers booked to coldly go on stage when Nassim transfers to the London’s Bush Theatre in September, this exciting piece emphasises the uniqueness and specialness of live theatre.

Read more reviews and coverage from the 2017 Edinburgh Fringe