Paul T Davies reviews My Other Half by Christopher Sainton-Clark presented by Raising Cain Productions at the Headgate Theatre Colchester ahead of its Edinburgh Festival Fringe run this year. 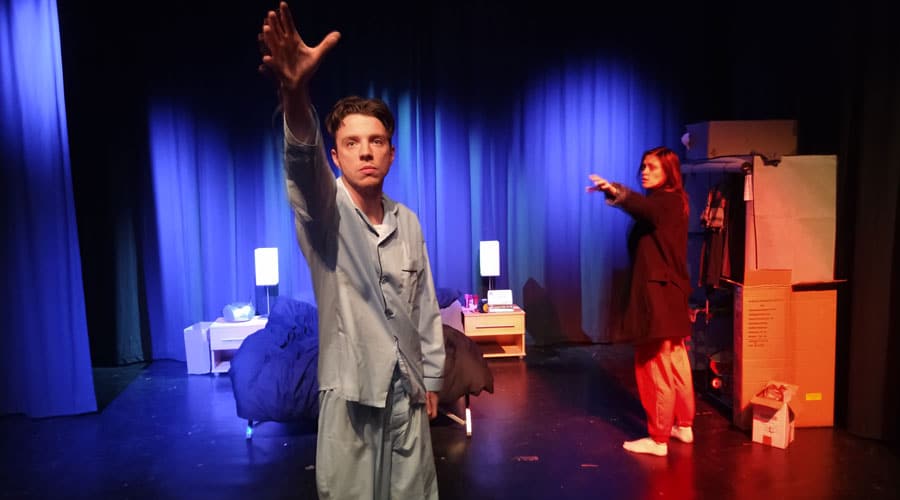 My Other Half.
Headgate Theatre, Colchester
13 April 2022
3 Stars
More Information

Ahead of their Edinburgh Festival Fringe run in August, Raising Cain Productions bring their body swap play to the Headgate, and it’s an enjoyable evening of comedy and drama. Taking the plot of Disney’s Freaky Friday, but with more gender politics, Female B and Male H wake up to find themselves in each other’s bodies, on the day when B has to pitch her novel to a publisher.  The book is a murder thriller, and the play cleverly begins to mix her fiction with the play’s premise through a support group that B attends. 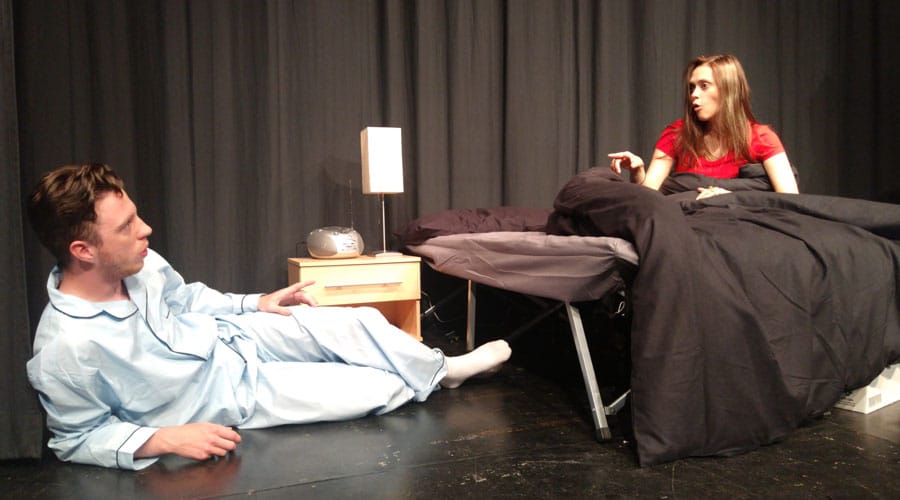 As B, Anna Hodgson gives an excellent performance, especially as masculine B in the book pitch scene, displaying great comedic skills, and also leading us very well into the darker elements of the story. Charlie Randall is equally funny as H, although the script doesn’t allow him to develop his character much. As the producer, and various other roles, Cathy Sole was vocally quiet, but this may have been performance nerves, and she will settle into the run, very much being the link between the different aspects.

Christopher Sainton-Clark’s script is witty and has a good twist, however, it relies a bit too much on music to link the scenes, especially at the beginning, where it lingers to get going, and at the end where it stretches out what should be a punchy conclusion. The physicality of the show also feels a little safe and could do with pushing its limits a bit more. The demands of Edinburgh, which insist no play lasts more than an hour, also means that the play could do with another scene, the couple accepts their situation all too easily. But it’s an enjoyable play, and how wonderful to have a full house at the Headgate! Hopefully, this marks the return of audience confidence.