Paul T Davies reviews Nick Cassenbaum in My Kind Of Michael as part of the Pulse Festival 2019 at the New Wolsey Theatre. 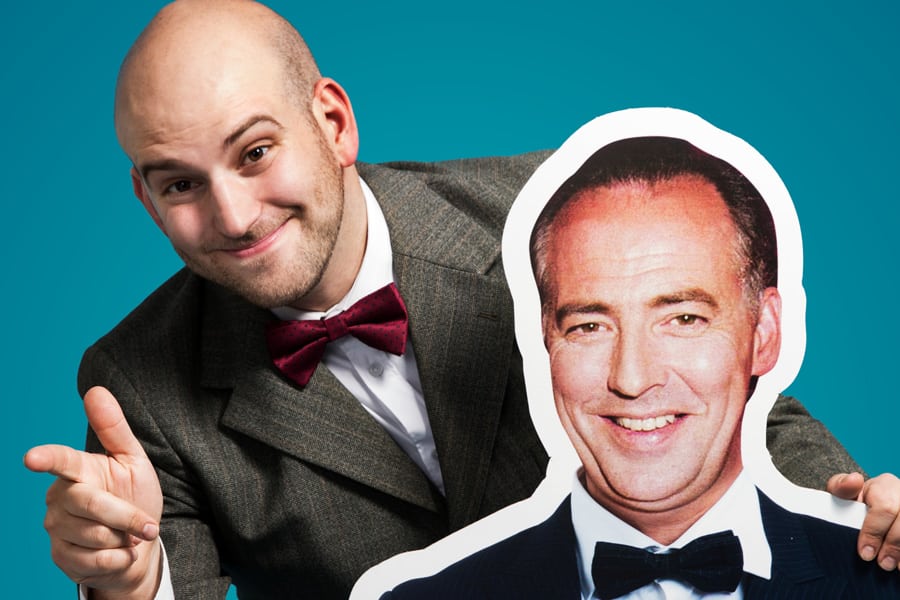 Michael Barrymore was a huge star in the 1980s, 90s and early 2000s, one of the highest paid celebrities on television, with hits such as Strike It Lucky and My Kind of People. At the height of his fame, he came out of the closet, and the media pressure on him grew. In 2001 he was involved in a high profile scandal when a man was found dead in his swimming pool following a party at his home. His career never recovered. Nick Cassenbaum was a child when his beloved Nana Sylvie gave him a tape of Barrymore’s best clips for Christmas, identifying Nick as the entertainer of the family. This show is, therefore, an affectionate tribute to Barrymore, but also of a time when families would gather to watch entertainment on the telly, shows that brought the generations together.

Nick is a warm, generous host, and has used the game show format to tell us the story of his love for Barrymore. With musician Andy Kelly, there was loads of audience participation, none of it feeling threatening, from Guess the Theme Tune to the “CelebriTREE”, and he uses the Strike It Lucky format to demonstrate the poor life choices that Barrymore made. This provides a platform to look at the end of his career with respect and tremendous sympathy for the family of the deceased Stuart Lubbock. It makes you re-evaluate the way the media slam stars down when they fall, and also raises questions of class- was Barrymore punished, and still being punished,  because he was working class, appealed to the working classes, and wasn’t Oxbridge educated? Not to mention the homophobic abuse he got, which also occurred when Cassenbaum was trying to sell this show in Edinburgh, much of it coming from what we term the “liberal elite”.

As in his previous work, Bubble Schmeisis, Cassenbaum uses his family history to tell a very personal story, and his relationship with his Nana Sylv is beautifully portrayed, (what a character she was!), brimming with affection and love, and this aspect, for me, was the highlight of the show. It made me think of watching Morecambe and Wise with my family, all of us laughing at Eric and Ernie, and I suppose its shows like Strictly that gather families together now. If all of this sounds a bit heavy, then it isn’t. This is an entertaining show, deftly created by Cassenbaum and Danny Braverman that is much deeper than a tribute act to a complicated star, nostalgic and entertaining, and evening in tremendous company. My Kind of Show!

FIND OUT MORE ABOUT MY KIND OF MICHAEL