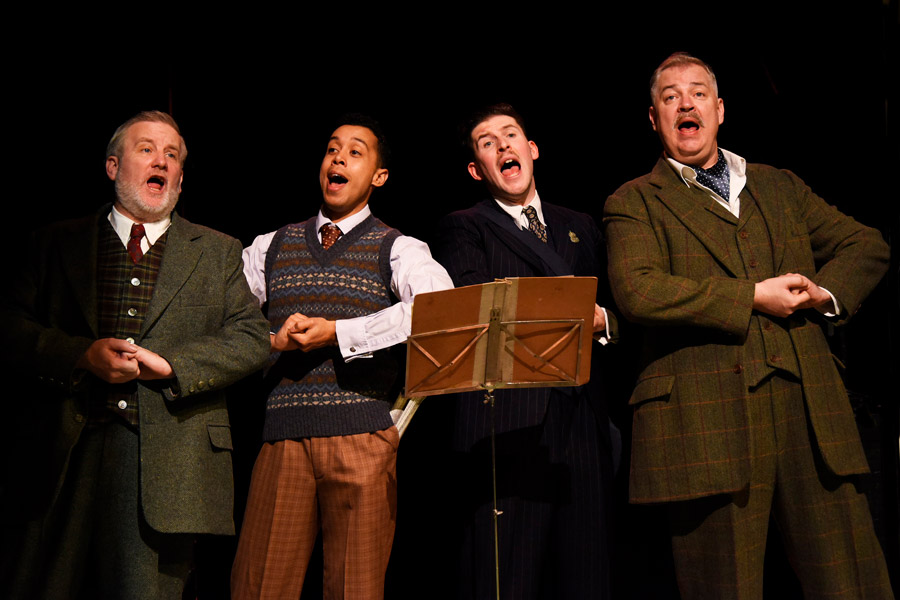 The war is over at the start of Much Ado About Nothing but hostilities are never far away. Tragedy lurks in the wings of Shakespeare’s rollercoaster rom-com about two couples whose blossoming relationships are beset by problems. In Northern Broadside’s fresh new staging, director Conrad Nelson and designer Lis Evans have transported the action from Sicily to northern England at the end of World War Two. It may be a time of peace and celebration but the men still wear their army uniforms and the Land Girls are still digging for victory while law and order is in the hands of a Dad’s Army company of misfits. Complementing this concept is an injection of wartime songs, with tight-knit harmonies recalling The Andrews Sisters, where lyrics such as “Don’t sit under the apple tree with anyone else but me” take on new meaning in the context of the play’s concern with suspected infidelity. 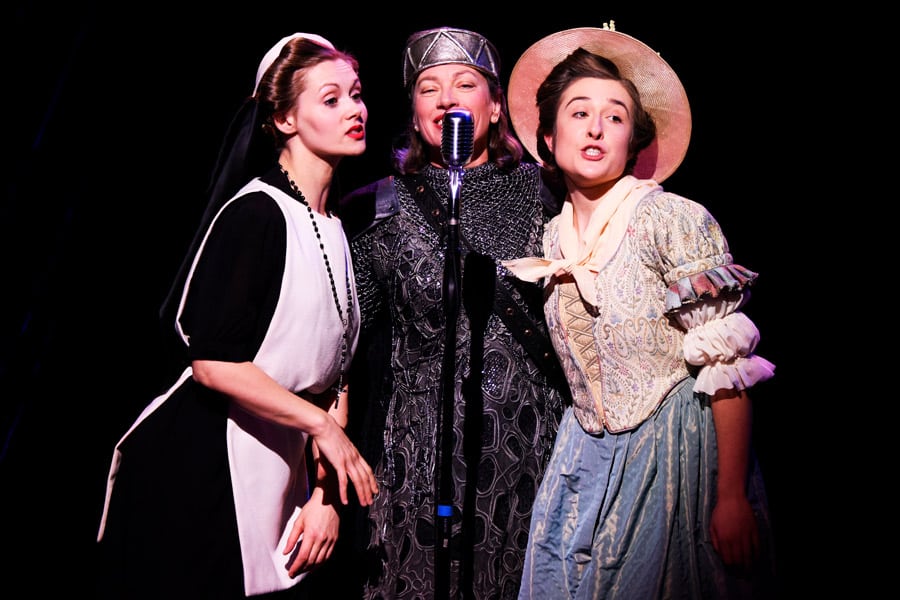 In line with many productions, the sparring lovers of Benedick and Beatrice are a more mature pairing – two middle-aged people who have sworn off marriage but harbour deeply hidden affection for each other. Played by Robin Simpson and Isobel Middleton, they are the comic heart of the play as their friends and family use trickery to bring them together. But trickery takes a darker turn with the younger couple of returning soldier Claudio and an innocent young woman, Hero, who are inadvertently caught up in a malicious plot. In contrast to Benedick and Beatrice’s longtime attachment, the youngsters’ relationship feels rushed and superficial, easily jeopardised by their lack of knowledge of each other. In this production, Linford Johnson plays Claudio as particularly cocky and careless, leaving you questioning whether he and Sarah Kameela Impey’s quick-witted Hero would make a happy marriage. 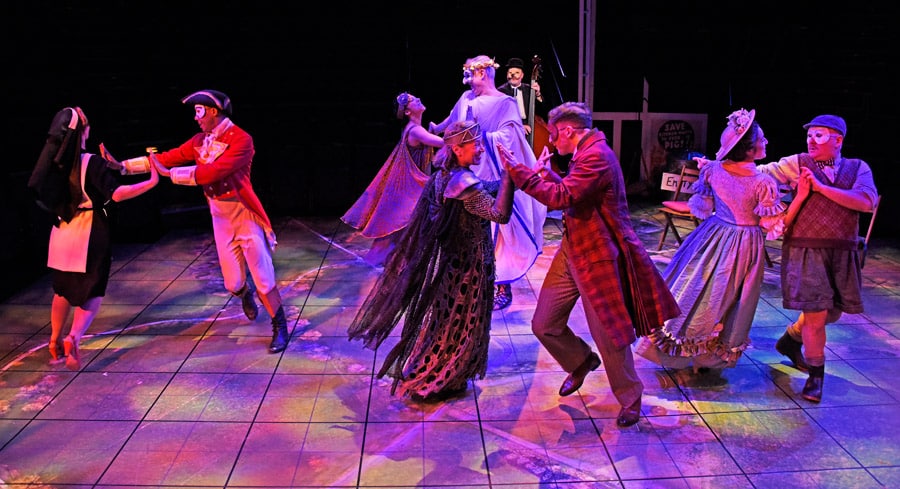 The joy of this production lies not just in the farce-like set pieces but in many of the supporting roles. This is the first time I have seen Beatrice’s servant, Margaret, stand out with such a scene-stealing performance as Sophia Hatfield’s, while Richard J Fletcher and Anthony Hunt impress as the villainous Don John and his louche sidekick Borachio. David Nellist is also a delight as Dogberry, the loveably inept leader of the Dad’s Army-like night watch. With clarity and pace, they bring Shakespeare’s text to colourful life, boosted by bursts of song and dance. While some of the more problematic scenes lack the darker intensity of other productions, this a lively and entertaining swan song for Conrad Nelson before he hands over the artistic director reins of Northern Broadsides to Laurie Sansom.

MUCH ADO ABOUT NOTHING TOUR 2019

Otherwise, please click here to continue to The Lowry, Salford >>>

Otherwise, please click here to continue to The Lowry, Salford  >>>