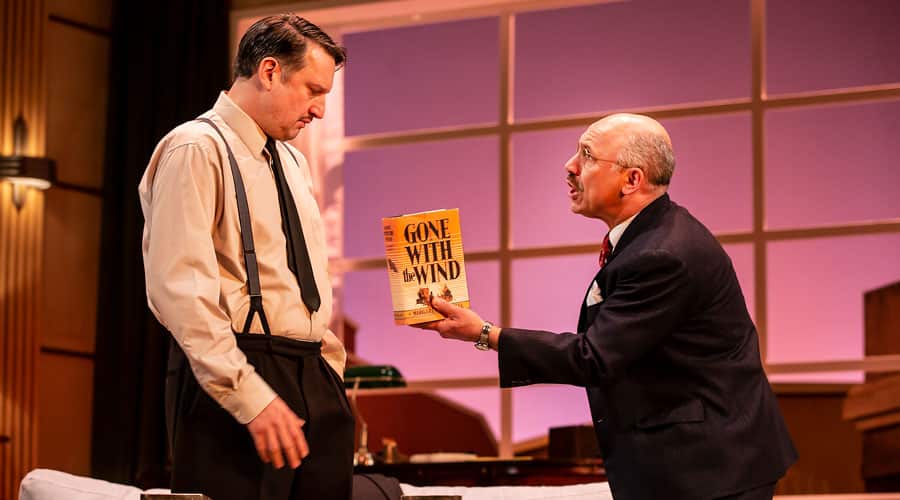 Moonlight and Magnolias, written by Ron Hutchinson, aims to tell the true, well almost true, story of the making of Gone with the Wind, not so much a film as a cultural behemoth. Hutchinson certainly has form with Hollywood, having been an inside man, working as an Emmy-winning writer for Fox Pictures, Sony and DreamWorks among other major studios, and for the BBC closer to home. Originally premiering in London in 2007, the play is enjoying a timely revival under director Kirsty Patrick Ward at Nottingham Playhouse. 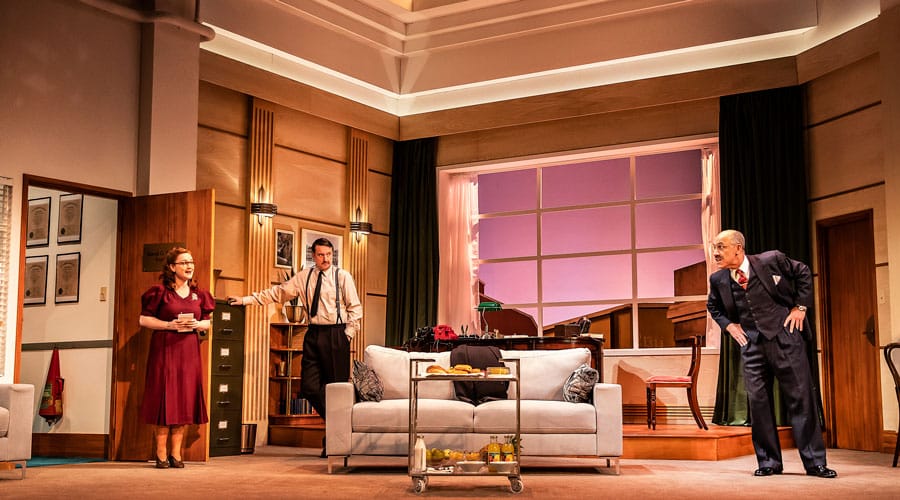 It’s 1939 and acclaimed Producer David O Selznick (Joe Alessi) has shut down production on the film of Margaret Mitchell’s bestselling novel, the original director George Cukor has been fired, 1,400 women have auditioned for the role of Scarlett O’Hara and the script, two years in the writing, has been rejected. Selznick calls in celebrated scriptwriter Ben Hecht (Dan Fredenburgh – a dead ringer for Hecht) and director Victor Fleming (Oscar Pearce) rescuing him from drunken Munchkins on the set of The Wizard of Oz, to get things back on track. With his financial security and reputation at stake, our producer locks his increasingly reluctant and increasingly frantic collaborators into a room. They have a deadline of five days, a seemingly endless supply of bananas and their own genius to make sense of, and condense a much-revered novel of over 1,000 pages of high melodrama and contentious issues into a workable screenplay. Can it be done? That is a moot point; it must and will be done! 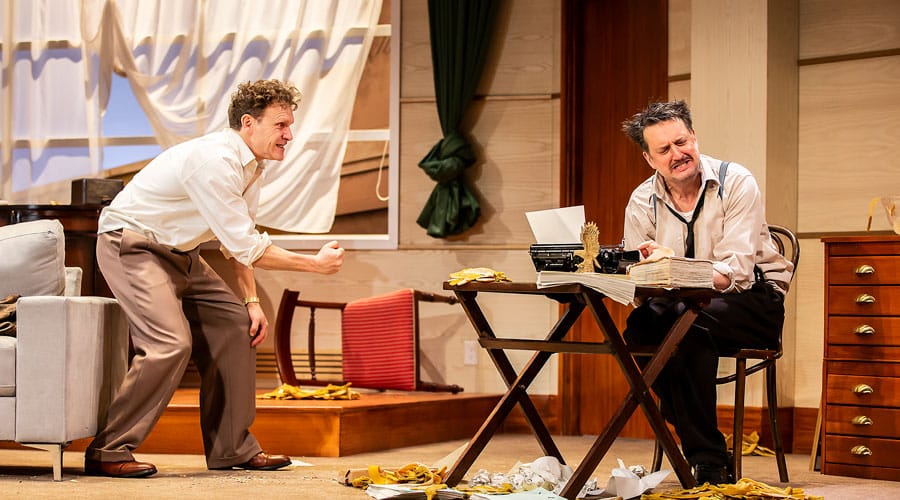 A major stumbling block in Hecht never having read the book is soon overcome, as Selznick and Fleming act out the story. It is here the comedy comes into full effect. Alessi and Pearce excel as they impersonate haughty O’Hara and the bombastic Rhett Butler, along with dawdling slaves, spurned lovers and a woman in the midst of agonising labour pains. This together with some very physical slapstick recalls the work of the much-loved David Croft and Jeremy Lloyd. There is great fun to be had in characters and situations you know, or think you know, being re-enacted and caricatured. 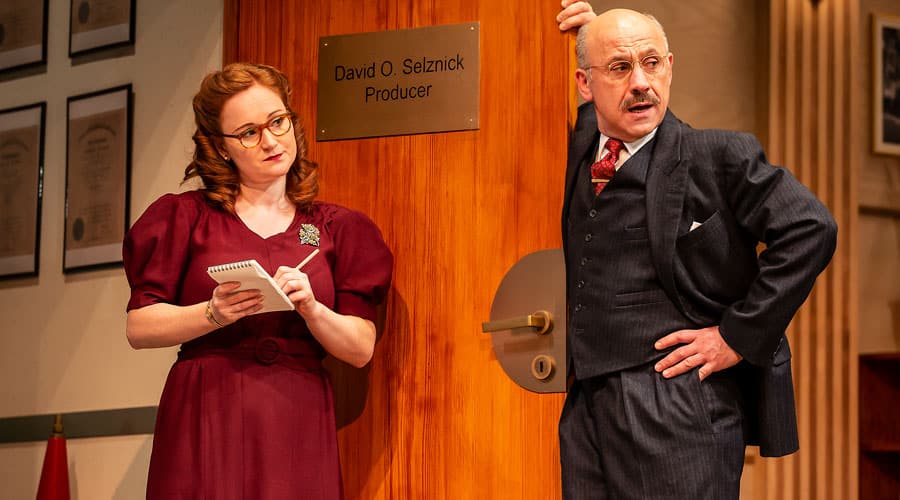 A symbol of the excesses of the Golden Age of Hollywood, the nightmare within the Dream Factory, Gone with the Wind is ripe, banana ripe for picking. Exploring the conflict between collaboration and compromise, conscience and commerce, Magnolias and Moonlight is both a love letter to and a critique of the power of cinema and the studio system.

With the current president of the United States putting Gone with the Wind back into the headlines recently, the trial of Harvey Weinstein casting the spotlight on Hollywood misogyny, and with racism and antisemitism sadly still too frequently finding starring roles on the front pages, this play about the making of a film over 80 years ago should not feel as topical as it does. But it deftly addresses the elephants in the room and finds a fine balance between comedy and drama.

Running at Nottingham Playhouse until 7 March 2020.