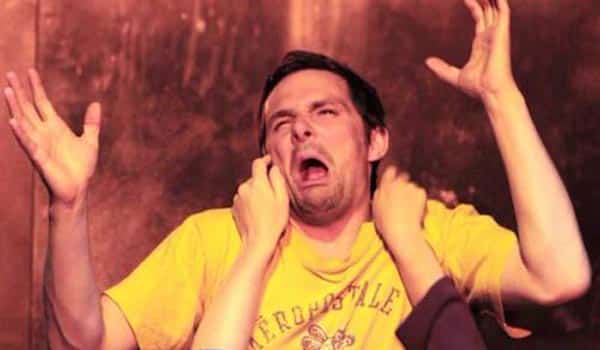 The Miniaturists night at The Arcola Theatre is a wonderful evening of brand new short plays by some of the UK’s top young writing talent.

Some of the night’s pieces, like Palindrome and Alcatraz play with the very form of playtexts, and, as in Lifeboat, the physical form of a play, by bringing the audience onto the stage itself, creating a sort of site specific piece, but the two absolute standouts of the 50th evening of the Miniaturists were Fascination, by Sarah Sigal, and Pablo Neruda, by David Eldridge

Fascination, masterfully performed solo by Susanna Fiore, is a retelling of Chekhov’s iconic Three Sisters, however, as told through the interrogation of one of its lead characters, Masha, as if under Soviet rule. This sort of reimagining of such an iconic work could come across as heavy handed, but with only a few minor blips, the core of desperation found in Chekhov’s characters completely sings through the text.

David Eldridge’s Pablo Neruda was a joy to watch. Lisa Ellis, playing the online date about to meet her cyber-beau, is thwarted by the man’s wife, Raquel Cassidy, who has read their online correspondence. Cassidy is electrifying. And with literally nothing on stage but the two actresses and what they can carry, director Tim Stark has staged this short exceptionally well.

The only aspect of this evening of plays that gives one pause is the actual nature of the event. Five short plays, written by relatively established playwrights, at 30 minutes or less, seems like a bit of an odd bit of programming.

If these were extremely new playwrights, one might see exposure as a point, but many of these have had works performed at the Royal Court, Theatre 503, BBC Radio 4, and the Almeida and Donmar Warehouse. If these writers are so well established, it begs the question as to why they actually need an evening of exposure. It makes one wonder when next these plays would be performed—possibly not until another such evening is programmed by another venue.

Overall, this was an excellent evening of new work, but ultimately, it does leave one wondering where and when these works might be performed again. And if performed only on a night such as this, does that mean, as play texts, they can truly stand alone?