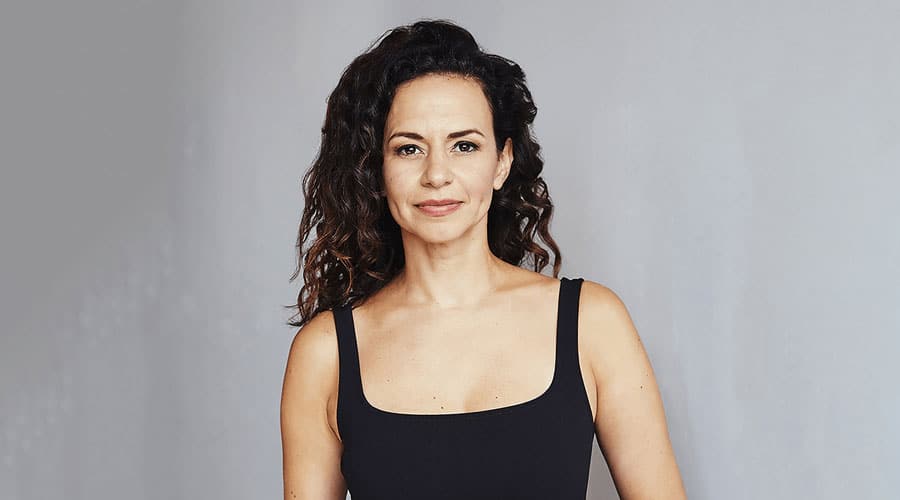 And so, another episode comes around.  This series, which has been running for months, has so established itself in the  virtual musical theatre scene, that it is now doing what theatre is meant to do: it is making us ask questions.  You see, the more I watch this show, the more I wonder about the motives driving it.  Seth Rudetsky has given cabaret chatshows for many years now, long before the current ‘strange times’.  He developed a kind of a way of doing this ‘stuff’, with guests he had often already worked with, and sometimes developed long-term relationships with, and for some considerable time, the format has served well: as long as the guest has a good yarn or two to tell, and can ‘do’ something with this Broadway-based repertoire in 90 minutes, things move along smoothly enough.

And yet.  Eventually, a little creeping doubt sneaks into your mind, and – before you know it – some tiny voice is asking: ‘Is that all there is?…’  The wheels go round in ever-decreasing circles of an over-familiar and over-predictable repertoire, the life and times CVs of successive guests begin increasingly to resemble each other, and Seth seems at something of a loss about what to do with a format that is imperceptibly but gradually running out of energy.

Mandy Gonzalez had quite a theme going, perhaps, by the time she launched into her own version of ‘Dat-da-dah-dah-daaahh!’ from Lin-Manuel Miranda’s ‘Hamilton’ (the song may have another title, but I will always – and only – know it by the refrain).  Revolution?  Social criticism?  ‘Che Sara Sara’ (Jay Livingston and Ray Evans) was awarded a delicious slow blues arrangement, drawing some throatily deep-felt sounds from Gonzalez.  This is the kind of performance that – in usual times – is enough to create a barn-storming cabaret turn.

However, these are far from ‘usual times’.  One great performance may follow another, but if the songs are pulling in different directions, then they tend to undermine each other’s combined effect.  While I suspect much of the impetus for getting these shows online was the Coronavirus-led closure of theatres and places of (indoor) public entertainment, with a view to replacing what the public misses in those fields – the songs, the singers, the glamour, the gossip, the notoriety, and so on – I think this aim may possibly miss the point.  No crime in that: this is an unprecedented situation, for which no one has been carefully prepared.  We are allowed to get things wrong.  Rudetsky, it should also be said, is a phenomenally acute and intelligent artist, whose anatomisations of various artists’ performances of famous musical theatre numbers are an essential study for anyone who loves this form.  We occasionally get glimpses of that in this series, but perhaps the producers have dissuaded him from going into ‘too much’ detail there?

One can only wonder.  For what it’s worth, I miss that aspect of his brain.  But even that isn’t what is missing from these concerts.  No.  I think, after long consideration, what audiences really miss in the absence of musical theatre are not the songs, not the stars, but the stories.  They miss narrative.  And the format of this show does not give you enough of a window into those narratives to compensate for the lack of the theatrical experience.  Not for nothing has one of the most successful outings been Jackie Hoffman’s: most of the songs in that episode were written by her, and – my God –  when dished up together in a cabaret, they pack a solid punch.

Kirsty MacColl and Pete Glenister’s, ‘In These Shoes’, however, threw open a window into some bracingly new territory.  But when hearing it, one longed to see it in some context other than what it happens to mean to be the performer singing it.  There would be any number of ways of doing that: years ago, on ITV, the ‘Song by Song by Sondheim’ format was made to work successfully for a string of other lyricists – an original approach, but one that got us into the heart of what their material is about.  Performers’ recollections, for all they may fizz with the excitement and nervousness of live events, seldom dig deeper than that.  And the scatter-gun technique of this show in allowing the singer to set the mood, inevitably leads to a considerable feeling of ‘sameness’ about what they actually come up with.

What else could explain a sudden lurch into Jim Steinman’s, ‘Total Eclipse of the Heart’ (an 80s hit for Bonnie Tyler, later shoehorned into 1997’s Broadway show, ‘Dance of the Vampires’)?  Yes, Gonzalez sings it gorgeously, and Seth plays it very thoughtfully: but why is it there?  To what does it relate?  If the only answer to that question is, ‘Gonzalez’, then is she compelling enough as a character to hold us throughout the show?  Well, in musico-dramatic terms, the answer to that question would be, ‘Yes, IF there is enough at stake’.  So, what is at stake in this show?  And the answer to that is: not very much.  In fact, these appearances seem mainly to remind us of the existence of actors and singers who just aren’t on public view anywhere much else right now.  That is a worthy aim, of course, but it isn’t necessarily a sound basis upon which to build a long sequence of concerts.

‘Breathe’ from Lin-Manuel Miranda’s ‘In The Heights’ came along next, which was prettily enough done, but who knows anything at all about the ‘story’ it helps to tell?  Or who is Lin-Manuel Miranda, and what concerns him?  Again, these are important questions that a show like this ducks.  And I am beginning to miss them.  Plenty.  Especially when yet another run-through of ‘Defying Gravity’ (Schwarz, ‘Wicked’) sounds lovely, but still manages to feel like it’s made of lead.  For the fans, though, Bruce Springsteen’s, ‘Born To Run’, got a thrilling outing, but why follow it with ‘Satisfied’ from ‘Hamilton’?  If only there were some way for a curator (or director?) to shape this whole programme into more of a cohesive whole?  A great artist like Mandy Gonzalez really deserves the best.