Paul T  Davies reviews Christopher Eccleston’s memoir I Love The Bones Of You published by Simon and Schuster. 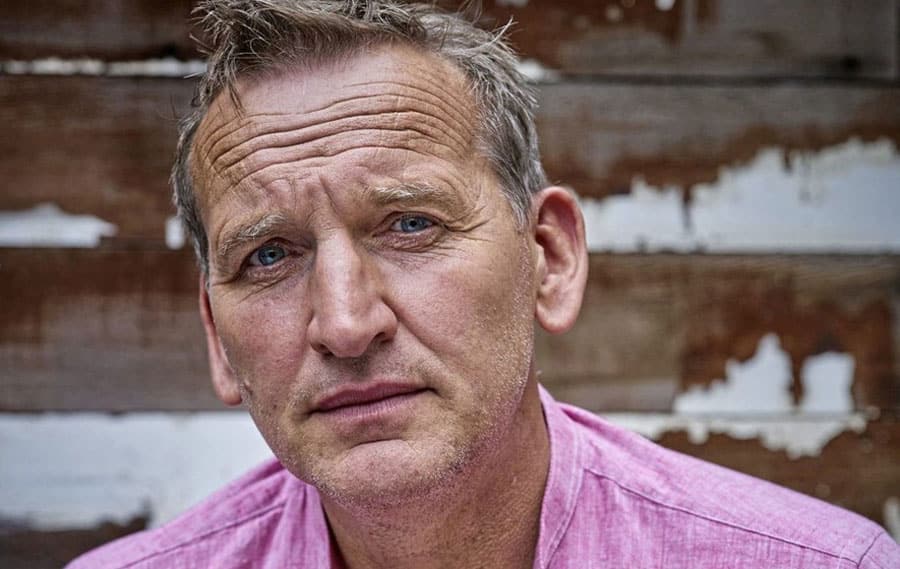 I Love The Bones of You.
Christopher Eccleston
Simon and Schuster.
5 Stars
Buy A Copy 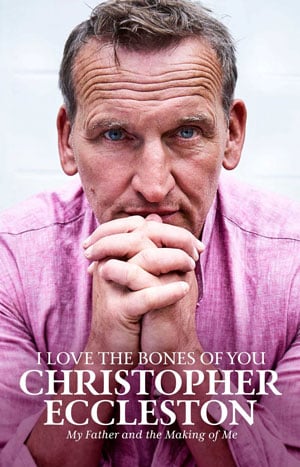 One of the country’s finest actors, Christopher Eccleston’s memoir focuses on his relationship with his father, in fact the subtitle is, “My Father and the Making of Me.” Born and bred in Salford, his relationship with his father has forged and influenced his life, not just in his career choices but in his political and personal actions. As expected from Eccleston, it is a forthright account, devastatingly honest, and, both inside and outside his career, surprised and shocked me with his candid discussions. It reminded me what a brave actor he is in his choice of roles and projects, and throughout his working-class roots give him a distance from our class structure to discuss how that system disadvantages working-class actors.

It’s the work that fascinates me, from Let Him Have It, Shallow Grave and Our Friends In The North, through the reinvention of Doctor Who, (his Doctor remains one of my top favourites), to The A Word, combined with early theatre work and his run at the RSC in Macbeth in 2018. I never knew he suffered from anorexia, punishing himself and his body even when success appeared to come easily to him.  At times he is clearly too hard on himself, but he is always generous with writers and actors who have had a positive influence on him. Equally, he is his own worse critic, calling the RSC Macbeth a flawed production and performance; he says he loved playing Doctor Who almost as much as he loathed the politics of the show, and he has strong opinions of certain directors. But it never reads as cruel, show biz gossip, he is measured and passionate in his criticisms, and equally so in his praise, although I do feel he is a bit harsh on himself! He makes drama with the marginalised, standing up for the families of the Hillsborough disaster and for autistic children and their families in The A Word.

Binding the book together is his relationship with his father, and, an account that will chime with all too many of his readers, the terrible grip of dementia. I lost my mother to the disease, and the fact is you grieve for them for years before they die. Movingly told, the love he has shines through, and he shares the Eulogy he spoke at his Dad’s funeral with us at the end of the book. There is no bullshit with Mr. Eccleston, and this memoir has stayed with me for a long time after reading it, enjoyable, honest and totally engaging, a book from an actor of our time, from a working-class background that is becoming excluded from opportunities.

Tip: If you haven’t read Pete Postlethwaite’s biography A Spectacle of Dust, then I highly recommend it alongside the Eccleston. Another fine working-class actor, who found success later in life, but one who shone with brilliance every time he was on screen and stage.