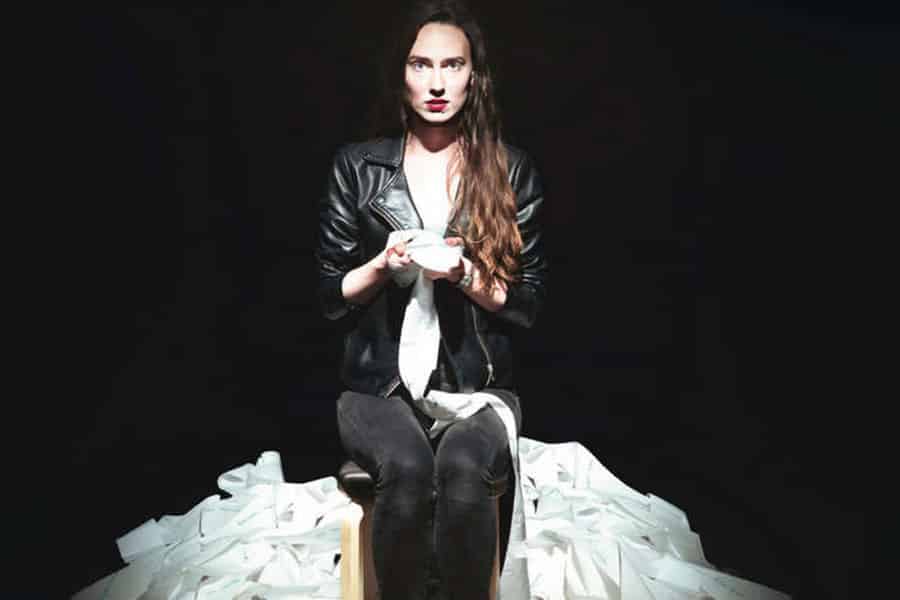 Felicity is on a first date with what appears to be the perfect man but she’s been trapped in the bathroom for nearly half an hour. If only she could get the toilet paper roll to sit absolutely perfectly, she could rejoin the man of her dreams – and save her mum’s life. In new play Lost in Thought by Lucy Danser, the everyday routine of popping to the loo becomes high drama for the 21-year-old because of obsessive-compulsive disorder (OCD). Based on the author’s own experiences, it sets out to explore its devastating impact on Felicity’s life and that of her mother’s, revealing that OCD is not just about germaphobic “neat freaks”.

It is told mainly from Felicity’s perspective in an intense, impressive performance by Kerry Fitzgerald, an agitated bundle of wound-up anxiety. But it goes beyond this to make it a two-hander and also tell the story of Felicity’s mother, Marie, played by Liza Keast, who struggles to understand her daughter’s condition and work out how to help her. It flips back to the childhood roots of Felicity’s obsessive behaviour, exacerbated by the separation of her parents, and the rituals that she develops, from praying and spitting to touching wood, in a genuine belief that they will somehow prevent the death of her mother.

This is a fascinating depiction of a lesser-known form of OCD – Marie jokes about her disappointment that it doesn’t mean her teenage daughter will be better at tidying her room – and the frustration and distress it causes both for the sufferer and their loved ones. The intensity of Felicity’s panic attacks is infectiously communicated through Nicola Chang’s sound design, an unsettling soundscape of buzzing, clicking, whispering and ring tones. Directed by Helena Jackson, this is not just an examination of one person’s experience of mental health but a touching and engaging story of the tight bonds of love between a mother and daughter.

BOOK NOW FOR LOST IN THOUGHT