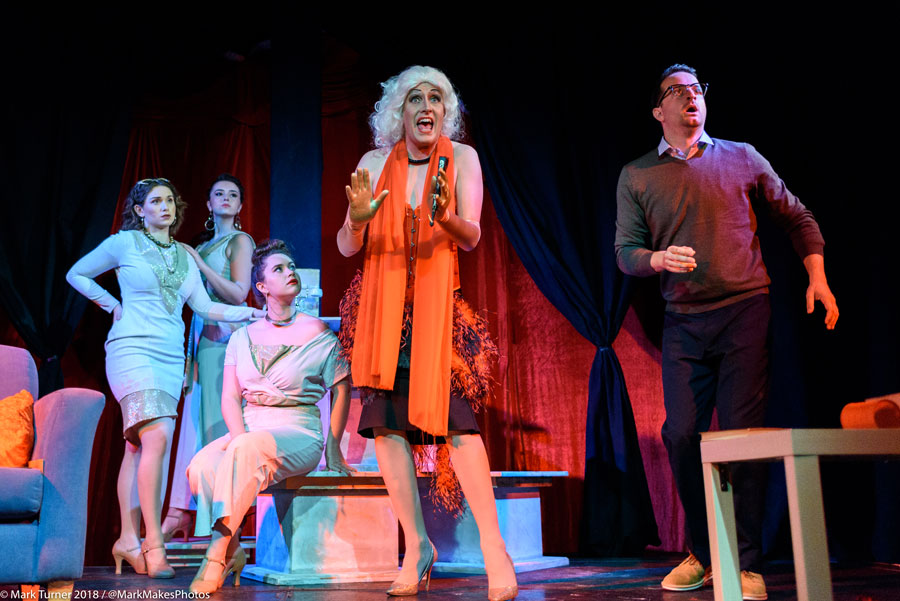 You’ve got to hand it to David Kent, in 2015 he decided to write a musical and after considerable work and a few try out productions, tonight it opened at the Waterloo East Theatre to an enthusiastic audience.

Liberty Rides Forth! is a true musical comedy. It has Faustian overtones with a generous dollop of Little Shop camp. Trevor, a procrastinating writer is being overseen by three “apprentice” muses who must help him complete a novel so they can graduate. Unfortunately, it all goes wrong when an invocation summons up a mischievious vamp called Liberty whose motives are questionable.

Any more than that would be to give you spoilers, but suffice to say what follows is a funny few hours in the theatre. Kent’s script is fast-paced and full of humour, his songs mostly conversational in nature with a few numbers that are verging on showstoppers. 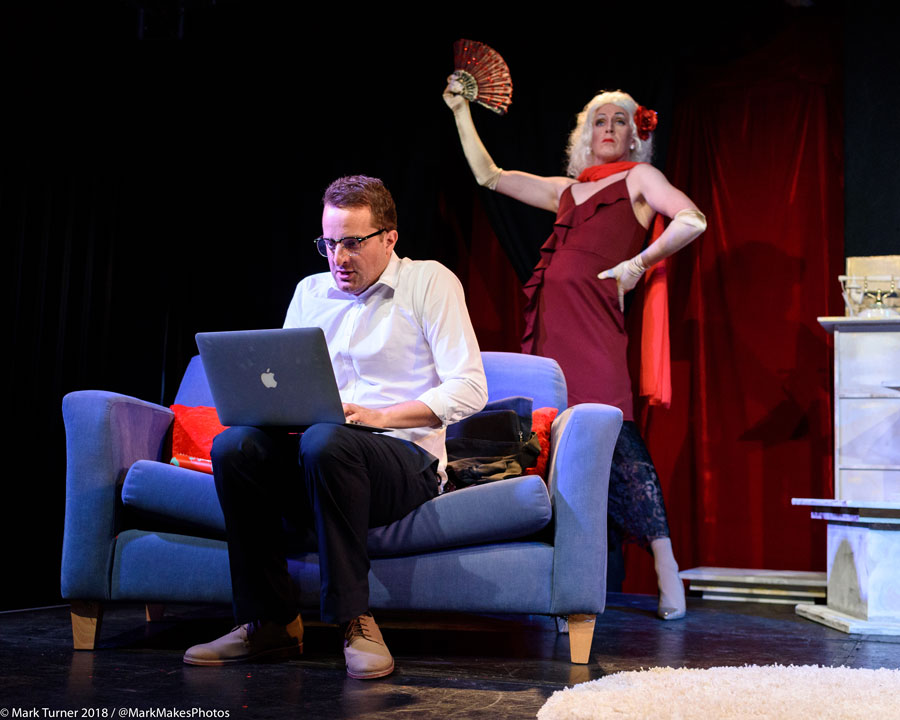 As Trevor, William Hazell makes for a great everyman hero. Part of the everyday throng and easily manipulated by Liberty it’s a solid performance that has you onside throughout. Derek Walker’s Liberty is suitably larger than life, his onstage banter and relationship with Trevor works without getting bogged down in predictability. There’s a real balancing act here, playing straight(ish) amplifies the comedy rather than playing it over the top for cheap laughs.

The muses played by Chloe Rice, Emma Scott and Georgie Faith provide gorgeous backing vocals, some wonderful comedic moments and just enough sass. Together with Hazell and Walker, this tight-knit ensemble had the audience onside throughout. 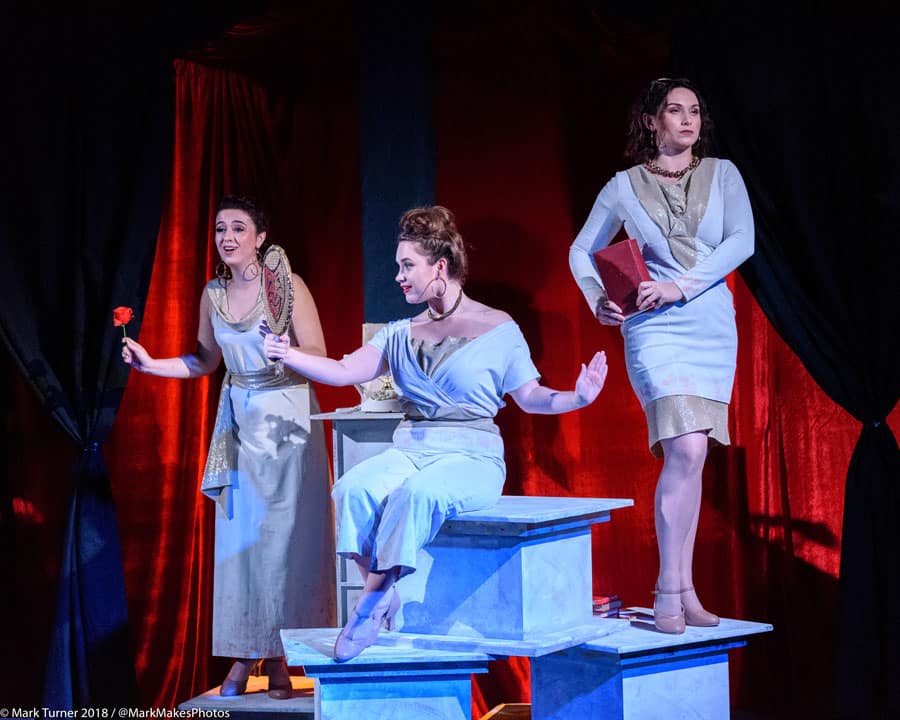 Director Susan Raasay has allowed just enough camp into the staging of this scenario to allow the audience to relax into this crazy tale. Michael Roulston’s accompaniment, arrangements and additional music were just perfect, always supporting this wonderful cast and providing some underscoring that bought out the comedy in some of the final moments that I really enjoyed.

Kent is now in the enviable situation of having several weeks to let the show settle into a run and to tweak. With a talented cast like this, it would be interesting to see what the show looked like towards the end of its Waterloo East season.

BOOK NOW FOR LIBERTY RIDES FORTH!