Killology is a gaming experience in which players are rewarded for torturing their victims. The longer and more inventive the torture, the more points the player scores. It’s not sick; the millionaire creator insists it’s a deeply moral experience because if you look away you lose the game. The player has to face the consequences of his or her actions. Gary Owen has written a taut, brilliantly tense, play that explores the line between real and imagined violence and the crossing of that line. 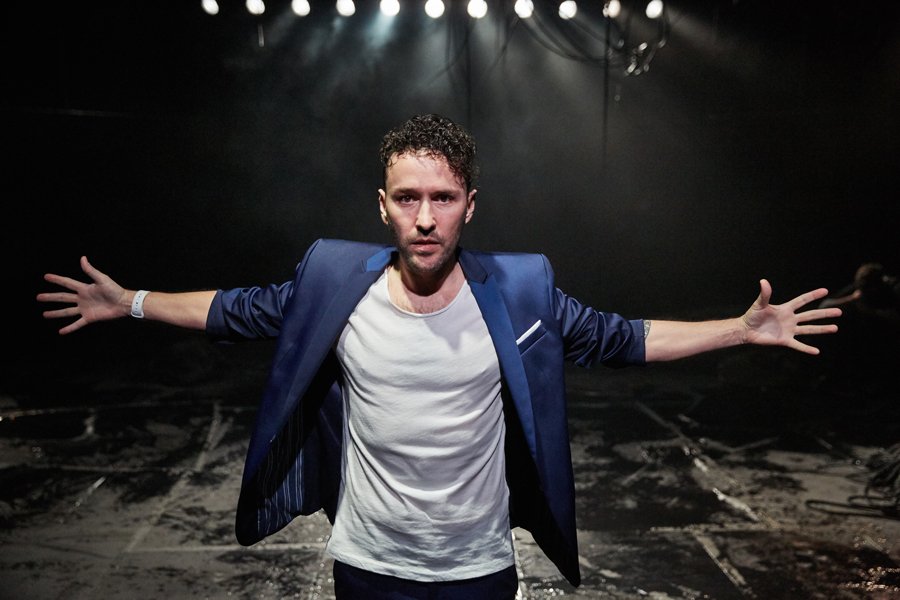 The cast are superb. As Paul, the millionaire creator of the game, Richard Mylan perfectly captures the swagger and arrogance, the confidence of the rich, removing himself from the consequences of his creation, and, indeed, from the real world. The play is also about fathers and sons, a fertile subject that Owen has explored before, particularly in his previous Royal Court hit, Violence and Son. Here Mylan expertly reveals Paul’s vulnerability, his need for love from his father.  As Davey, a young man who is victim to horrendous childhood bullying, Sion Daniel Young is outstanding as the broken child, following a path into his own violence and bullying, until he crashes into a gang who are obsessed by Killology’s game, that they act it out for real on Davey. As Davey’s father, Seán Gleeson completes an exemplary cast with a heartbreaking performance, ravaged by guilt at abandoning his son when he was a child, now seeking revenge for his murder by breaking into Paul’s flat to play Killology on him. 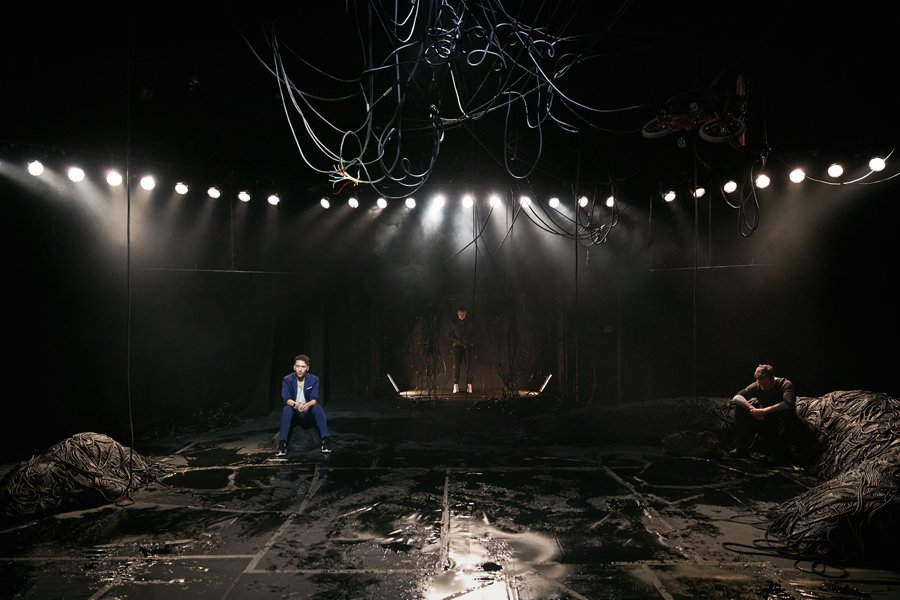 The dramatic stakes are raised high, but, although Owen writes powerfully about violence, and suggests horror by planting images in your brain, the play also has lines that sing with tenderness, and it is woven together in places by dark humour. The story is delivered mainly through monologues, which Gary Owen is a particular master of, and when characters speak to each other, the duologues gain huge significance. Rachel O’Riordan’s beautiful, sensitive direction lets the cast flow and then remain still as the threads of the story come together, weaving like the cables that hang from Gary McCann’s evocative set, a bicycle tangled up in them revealed in significance at the play’s moving conclusion.

Outstanding writing, beautiful acting and strong direction- it feels like it shouldn’t be as simple as that to create theatrical magic. But here the company have done just that. Jez Butterworth’s The Ferryman, (also originating at this theatre), may take all the plaudits and awards as the best new play this year, but Killology deserves to be there in consideration. Unmissable.

BOOK TICKETS FOR KILLOLOGY AT THE ROYAL COURT THEATRE