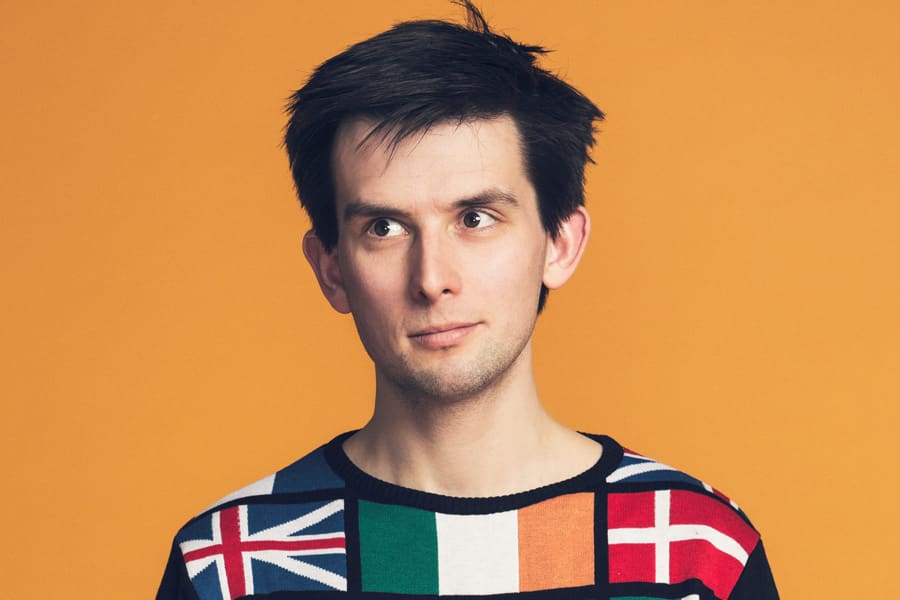 This year’s Pulse Festival opened with Chris Thorpe’s Status, which he claimed was not a Brexit play, even though it was! Framing the festival nicely, Kieran Hodgson’s ’75 is a deeply personal quest for an understanding of the reasons for our entry into the European Union in the 1970s, and our current state of affairs.

He is a character comedian, and is superb at impressions of a variety of politicians- but the ones you would necessarily expect from a comedian of his age. Superbly researched, Hodgson inhabits the voices and character ticks of  a host of 1970s politicians, and for those of us old enough to remember Mike Yarwood, (everyone under the age of 40 will need to Google him), there was  a joy in seeing pitch perfect impressions of Harold Wilson, Ted Heath, Barbara Castle, and even Enoch Powell. What really makes this show work though, is the intellectual debate underlining the discussion, with the creation of a library assistant and the issuing of voices done in the style of wand distribution in Harry Potter!

Above all, and there were some beautiful moments of stillness and clarity, Hodgson is balanced in looking at the reasons to Leave or Remain, and makes the point very well that Europe has provided a challenge for a long time. Worryingly, peace, which we all should strive for, has appeared more as a blip rather than a constant. A superbly engaging performer, this is an intelligent, funny, involving and thought provoking show, that will perform the minor miracle of letting you hear the B word without wanting to turn off!