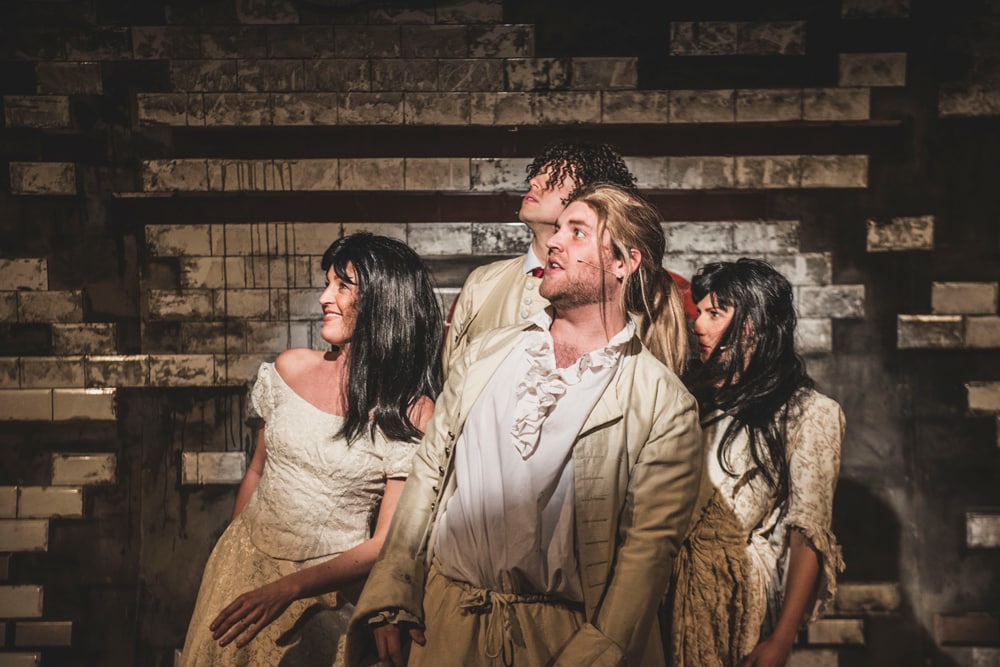 After a sell-out run in 2015, the musical theatre satire Jest End returns to Waterloo East with a new, updated show which takes all the musicals you know and love, and tears them to pieces. A grand total of 29 songs are stormed through in two hours by four performers, who are also tasked with countless quick changes, on a whistle stop tour around the funny side of the West End.

The brainchild of writer/director/producer Garry Lake, Jest End is very much a show by performers, for performers. This year’s offering seems to have two main plot points – celebrity casting and a vendetta against Cameron Mackintosh. These themes crop up multiple times in the show, and whilst very funny, I was left hoping for a few more topics as well, a year as ridiculous as 2016 surely rich pickings. This isn’t to say that the show isn’t current, with well put together satires of Regent’s Park’s Jesus Christ Superstar and Gary Barlow’s The Girls. Even the yet to open Hamilton isn’t safe from scrutiny. 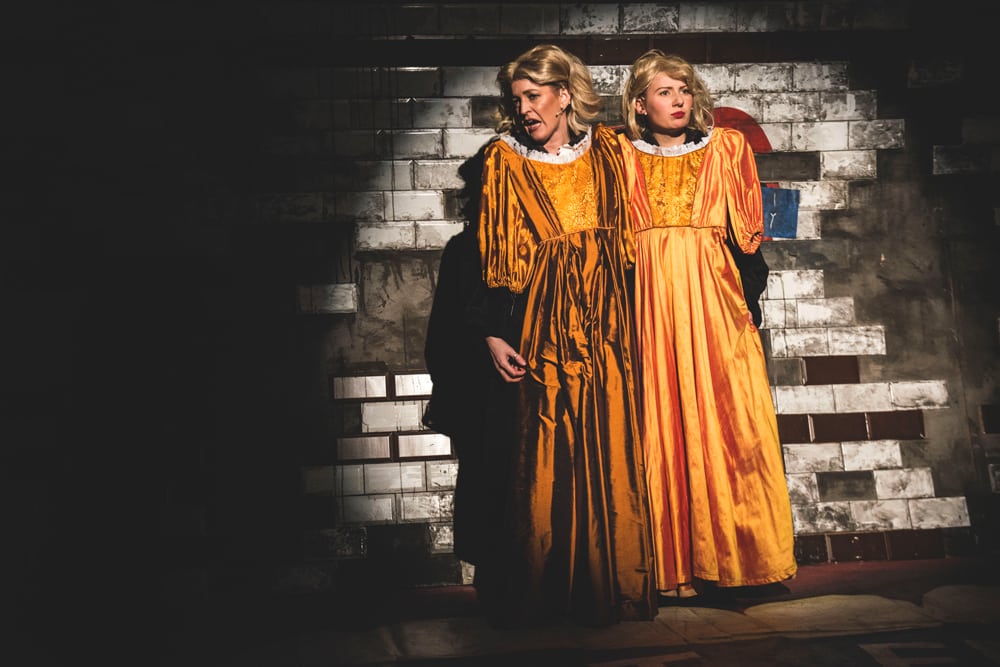 Lake’s lyrics are razor sharp and very witty. There’s always a danger with satire of it becoming cruel, and this years’ show veers close once or twice with a couple of jokes that land awkwardly. However, cleverly created send-ups of Les Mis and John Barrowman are very well received, and a finale parody of Half a Sixpence is completely hysterical. A fairly bare stage, designed to look like a tatty tube stop (complete with a warning to ‘mind the gags’) allows a swift number to number transition, keeping things buzzing and the laughs rolling. No joke outstays its welcome and indeed some of the briefest gags are the shows best.

Where Jest End succeeds most is where it allows itself to revel in pure silliness. Props that have reached the end of their usefulness are absently flung offstage with a crash, the opera’s Phantom is quickly cobbled together with a Batman costume, white glove and skateboard, and the opening take on The Lion King descends into total chaos. 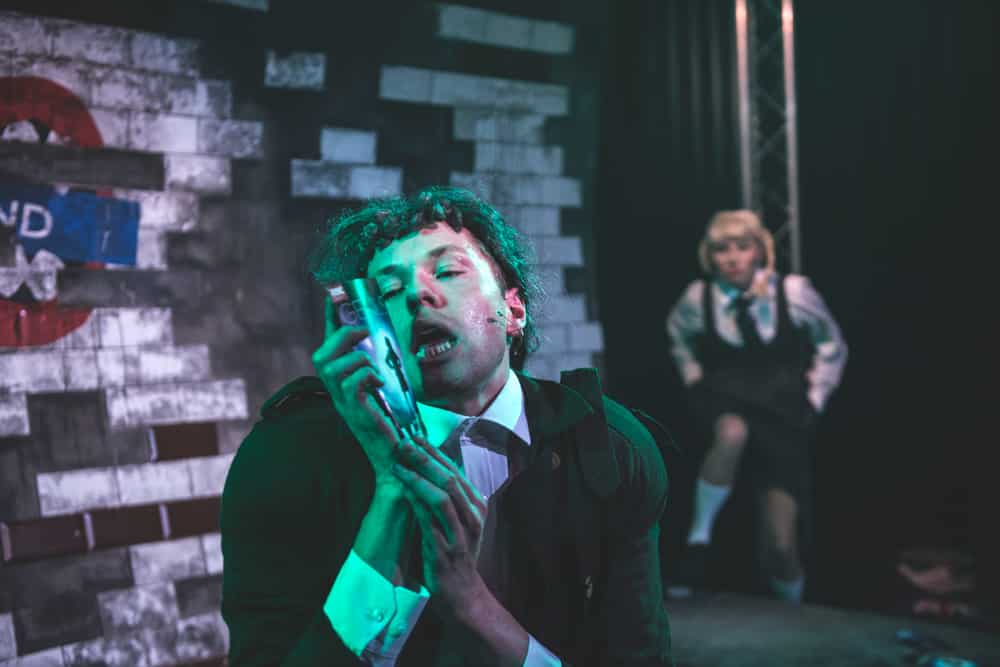 All four performers work hard and work well together. Bronte Barbe pushes every role, from Matilda to Frankie Valli, beyond caricature, and Jemma Alexander is all too recognisable as the overly chipper, #humble, #blessed witterings of an actress having more luck on social media than the stage. Adam Bailey is pitch perfect in his range of imitations, including Javert, Miss Trunchbull and an Arthur Kipps type figure, and Daniel Buckley is superb as the much maligned Mackintosh.

The opening remarks of the programme from Lake welcome ‘Luvvies, Wendy’s and Dapper Dandies’ and there’s no mistaking that this is the target audience. There’s very little here for theatre novices, but there isn’t supposed to be, and for anyone with a smidgen of musical theatre knowledge, Jest End is a hilarious look at everything we love and hate about London theatre. A fail-safe treat for theatricals to brighten up winter, Jest End delivers easy laughs in abundance.