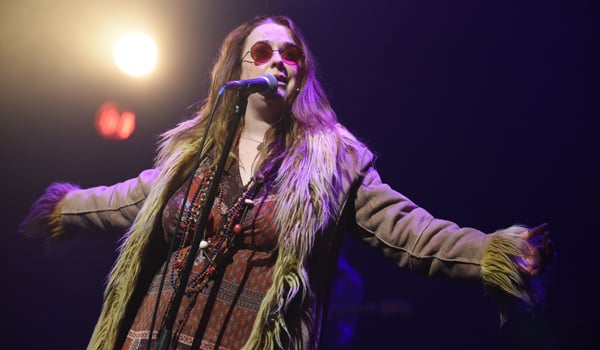 This Edinburgh Fringe sell out is the closest thing you will get to watching Janis Joplin in concert. A hybrid of live gig and monologue, the play gives voice to both the talent and the trauma that led Janis into a life of addiction. Angie Darcy in the title role has an impressive command of Joplin’s raspy tones, the wailing, and supercharged emotional delivery that propelled her into stardom. If the acting fails to match her superb vocal range, there is still much to enjoy in this celebration of a loved music icon. 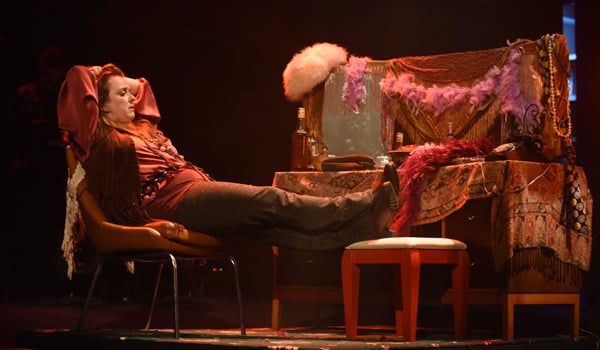 Darcy embodies a sexually forthright persona, and exudes confidence as she seduces the audience through both song and speech. She is an electric Pearl (Janis’s stage alter-ego), but unfortunately, the element of performance never quite disappears. When on the recurring subject of loneliness and her failure to be understood, Darcy doesn’t offer enough vulnerability to counteract the arrogance she exudes for being ‘different’. Perhaps the weakness lies in Peter Arnott’s script, which reads like a Wikipedia page with a few too many ‘Fuck it man’s and ‘Ya’know’s thrown in for colloquialism. Older than her casting, Darcy has the difficult task of voicing Janis’s spunky adolescence with authenticity.

The traditional concert set design and John Wilkie’s impressive lighting emphasise the musical focus of the show, playing to Darcy’s strength as a singer. Each song has a conversational prelude, but they are delivered from an apologetically staged dressing room, which often saps the energy. Janis uses this small space to indulge in irksome fake cigarettes and reflect on her upbringing, but Cora Bissett’s direction becomes tedious: she sits and describes a part of her life, then stands to sing a song that narratively serves it. Repeat. The dressing room also homes a re-enactment of the star’s overdose, which feels awkwardly gratuitous. As the play’s finale, it would have been considerably more moving to see real footage of Janis Joplin in her prime. 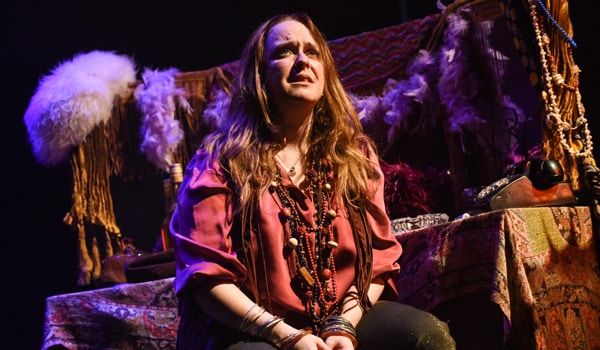 Despite its shortcomings, there are real joys in this show. The talented Full Tilt Boogie Band accompany Janis throughout, and at one point join her on stage for a relaxed, playful jam. Watching her interact with the band is a touching example of Joplin’s popularity amongst friends, ‘They treat me like a musician. Not some freak or star whatever that is.’ ‘Summertime’ shows off the dizzying heights of her vocal range against a projection of psychedelic images, and ‘Piece of My Heart’ is the explosive closing number that gets the whole audience singing on their feet. For both die-hard and curious Joplin fans, Angie Darcy offers a stunning vocal tribute to an immeasurably influential singer.

Jessica Wretlind studied English and pursued acting before realising her dream to write and direct theatre. Her career has seen her as a stage manager in the West End, company manager at the Edinburgh Fringe and a critic both in London and at the Fringe. She is now directing an original play that starts its UK tour in April, and wants to continue reviewing theatre to keep her inspired by the diversity of the form.