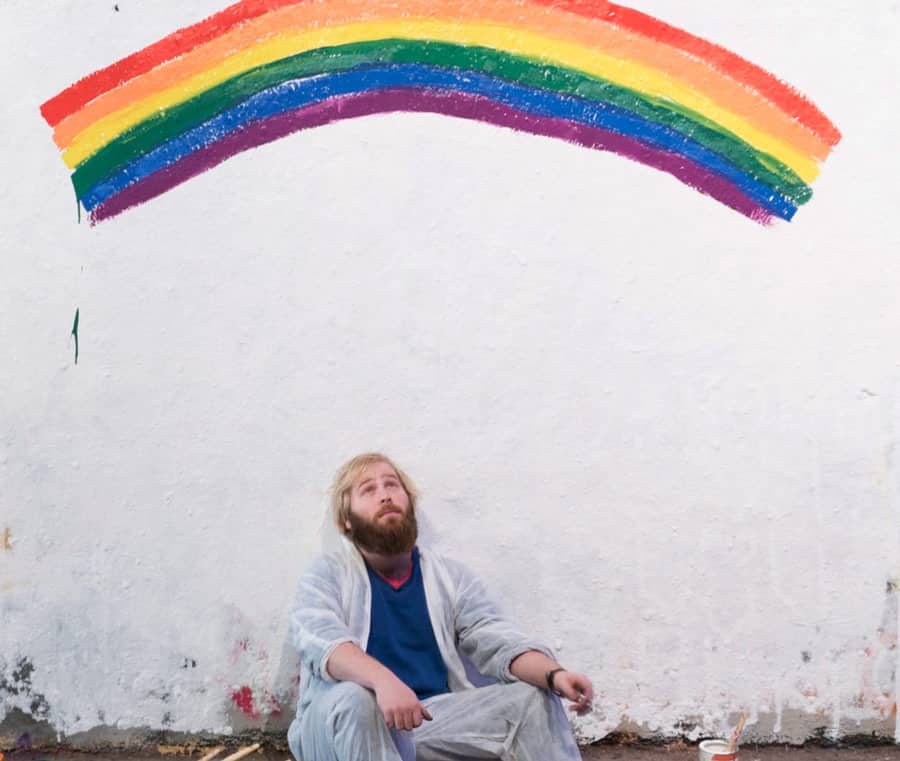 For the last four years, James Rowland has been building up a body of work of monologues about his friends. They perform individually in rotation during the week, and on Sundays, he presents all three. I opted for the box set, and a wise decision it turned out to be.
Basically, the stories deal with the three big events in our lives, birth, marriage and death, but none of them is James’s. In the first monologue, Team Viking, his best friend Tom is diagnosed with a cancer so rare it kills him in months. I should say here that James, Tom and Sarah are the friends you want, and you really get to know them! Tom asks James and Sarah to give him a Viking funeral, complete with burning boat, and they do! In the beautiful A Hundred Words For Love, James recounts how he met the love of his life, why they split up, and how he ended up at Sarah’s wedding to Emma in a dress reading Sarah’s vows in front of the love of his life. In the third story, Revelations, Sarah and Emma ask him to be their sperm donor and the tale is about doing the right thing and the magical property of snow and foxes.
Rowland is a superb storyteller, calling on Viking, Roman and Christian Gods before each tale, weaving catchy and reflective songs throughout. He banters with the audience, is a hugely likeable guy, and had the audience rapt. Team Viking, which made me laugh and cry in equal measure, sets the bar high, and that standard remains. In A Hundred Words For Love, he proves himself the love child of Richard Curtis, (not literally, he wouldn’t be performing in Edinburgh during monsoon season if he was), in a story so unashamedly romantic, and in Revelations he makes us feel we are going through Sarah’s pregnancy. He has crafted three outstanding tales, and his genius is planting a seemingly innocent incident which then delivers a great punchline- he strips naked in Revelations, but it is for the most moving and funny revelation!
He creates a world we recognise, and peoples it with clear, enjoyable characters, especially Giles, who comes good at the wedding. Novelist Armistead Maupin coined a phrase for the friendships we create. They are our logical family, as opposed to our biological family. Whether individually or as a trilogy, James, Tom, Sarah and Emma are your logical family, so go see them!