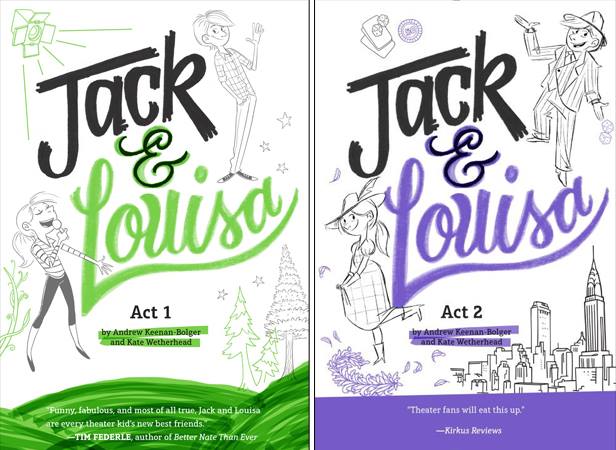 Jack and Louisa are two fabulous kids, whose passion just happens to be musical theatre. Jack is 12 with two Broadway musicals to his credit. When his voice changes, he loses a role in a major new Broadway show. His parents take the opportunity to move to Shaker Heights in Ohio, where he meets new neighbour Louisa. They become fast friends and adventures in musical theatre ensue.

Thus far there are two books in the series Act One and Act Two, the first focusing around a community production of Into The Woods, and the second their school production of Guys And Dolls. Told from the point of view of Jack and Louisa in turn, the first two books in this series are a delight, full of humour and wonderful characters, and with enough musical theatre jokes to keep hard core fans coming back for more. There are times I found myself chuckling to myself, as I saw myself in some of the thinking of these two characters.

I can’t begin to explain just how fabulous these two books are. I know lots of kids who are MTN’s and I can’t wait to introduce them to Jack and Louisa. Parents if your kids have any interest in theatre, then chances are they will love these two novels.

I really wish Jack and Louisa had been around when I was growing up. You have to envy the current generation of theatre kids, who are getting the benefit of such great writing. I’m looking forward to further Acts to come.

PURCHASE A COPY OF JACK AND LOUISA – ACT ONE

PURCHASE A COPY OF JACK AND LOUISA – ACT TWO