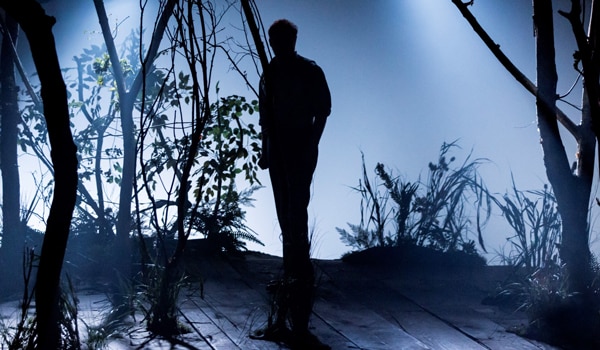 Lvov: I speak plainly and to the point. Only a man without a heart could misunderstand me.

Ivanov: Usually you make three points. One, my wife is dying. Two, it’s my fault. Three, you are an honest man. So, tell me, which order do you wish to put these points in today?

Honesty, as David Hare points out, is the dominating theme of Ivanov. It is also the dominating principle adopted by Jonathan Kent as the guiding light for his revival of Ivanov, now playing at the Chichester Festival Theatre as part of their Young Chekhov season. The performances he elicits from the specially formed repertory company are intensely honest, truly felt, and they create a theatrical tapestry which is rich in detail and unsparing in terms of vitality and verity.

There are many reasons for this.

David Hare’s spare but intense adaptation of Chekhov’s work (from a literal translation by Alex Wilbraham) is delicious. There are lyrical passages, humorous passages, dark and caustic passages, and a verbal dexterity and assurance which makes the narrative buoyant and utterly, completely compelling. There are no archaic phrases or jarring notes. Every word is carefully judged, skilfully nuanced.

This is particularly true in the brutal exchanges, later in the play, between Lvov and Ivanov, Sasha and Lvov, and, most harrowingly, between Ana and Ivanov. The language is glorious, full of venom and verity, and provides the able cast, and visionary director, with superb raw material.

Kent has staged this adaptation of Ivanov previously, at the Almeida, where it met great acclaim. I have real doubt that, however good that production was, it could have been better than this one. Everyone and everything here is absolutely first rate. 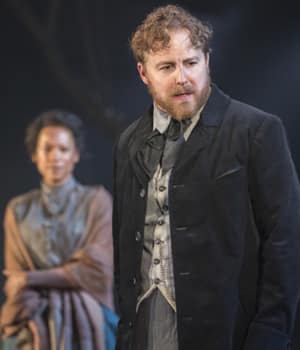 The Young Chekhov project features two other plays, Platonov and The Seagull, both of which will be played on essentially the same set. Tom Pye evokes rural Russia simply and elegantly, with a set that can be both bleak and warm, outside and inside. The sense of an estate past its best is clear, but there is nothing inherently ominous about the vista which greets you as you enter the auditorium. The tall, bare trees are silvery and quite beautiful, suggesting both the possibility of rebirth and the inevitability of endings.

Emma Ryott provides sumptuous and delightfully characterful period costumes. The black suit which defines Lvov as a compression chamber of explosive discontent; Marfusha’s splendid décolletage-focussed gowns; Ivanov’s asexual neutral clothes in the first three Acts; the perfect frocks for Anna and Saha; the dishevelled attire of the irascible Count: this was really a textbook example of clothes making the characters work and be understood more easily.

In the programme, Hare states:

“…Chekhov makes sure to provide Ivanov with an opponent who is, in an odd way, as compelling as the hero, and sometimes almost his shadow. Chekhov leaves us to work out for ourselves whether honesty truly resides in judging others or in refusing to judge them.”

Kent makes clear how he has worked through this issue. Samuel West is in vital, exhilarating form as the titular trapped thinker. There is no endless shower of hand wringing or endless introspective castigation in West’s performance; rather, he strives to present a portrait of a man refusing to wallow in self-pity, a man trying to find a way forward.

He might be the hero of the piece, but West does not shirk from the darker aspects of Ivanov’s character. Fear, panic, regret and rage are all part of West’s performance and he balances them expertly. His final chilling encounter with his dying wife, Anna, sets up the final tragic moments of the play quite potently. It’s a terrific, endlessly fascinating performance. 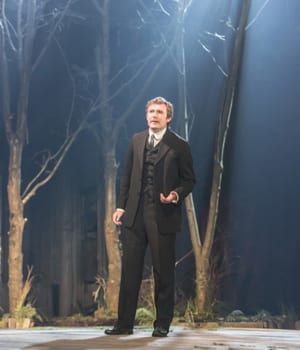 And matching him every step of the way is James McArdle’s Iago-like Lvov, the Doctor with an opinion about everyone and everything. Wound up tighter than his multi-buttoned waistcoat, McArdle is almost inhuman, wonderfully, as the man who would be the moral compass of his community, but only on his own warped terms. He deceives about his true nature for most of the play, without ever really hiding it, permitting Olivia Vinall’s Sasha a moment of terrific theatrical power in the closing stages. McArdle matches West expertly, ensuring Ivanov can be whole, properly in balance.

Vinall is in good form as Sasha throughout and walks the delicate line between temptress and victim cleverly. Emma Amos is fantastically good as the voracious husband hunter, Marfusha, and Lucy Briers’ Goosebery Jam obsessed penny-counter, Zinaida, is perfectly, primly dour. “Candles everywhere. No wonder people get the idea we are rich.” Beverley Klein, as a kind of beaded-gowned Yenta is sprightly and very funny as Avdotya, obsessed with status and food and the right way: “It’s actually some sort of world record. We’ve been here since five o’clock and we haven’t seen so much as a stinking kipper!”

The trio of crusty old blackguards, Borkin (Des McAleer), Shabyelski (Peter Egan) and Lebedev (Jonathan Coy) are excellently portrayed, suitably exaggerated in some aspects, yet wholly believable. Everyone knows rogues like them. There was a boisterous, locker-room familiarity to their vodka-fuelled machinations and the comic opening of the second Act was as laugh-out-loud funny as their discussions about the Doctor and the possibility of Marfusha marrying Shabyelski were acutely observed. 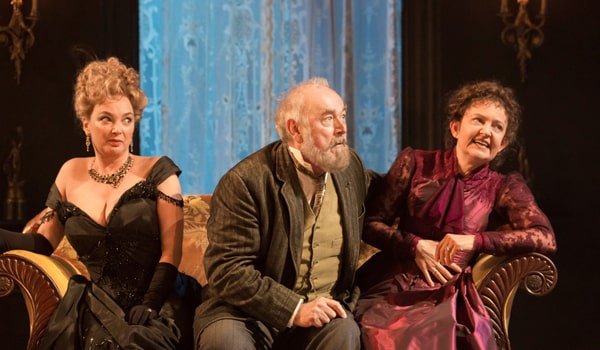 But the best performance of the evening came from the luminous Nina Sosanya whose gorgeous Anna was immaculately judged. Every time Sosanya came into view, the stage was alive, crackling with generous energy. She provided the fuel which allowed West and McArdle to motor so powerfully. Never overplaying Anna’s tuberculosis, she garnered sympathy naturally and easily, which made her final scene with West’s Ivanov shattering. A true star turn.

Mark Henderson provides terrific lighting, allowing the set to morph easily through different times and seasons. The sense of Autumn seems profound, which tied in well with the themes of decay running through the narrative. Jonathan Dove’s music was mostly appropriate but occasionally jarred with the tempi of the performances, but not enough to rock the boat.

Kent has achieved something truly impressive here: a presentation of an early Chekhov that feels freshly minted, yet mature and perfectly fashioned. Kudos to David Hare, but also to a superb company, none of whom were afraid to be their characters, not just act them.

Ivanov runs until November 14 at the Chichester Festival Theatre