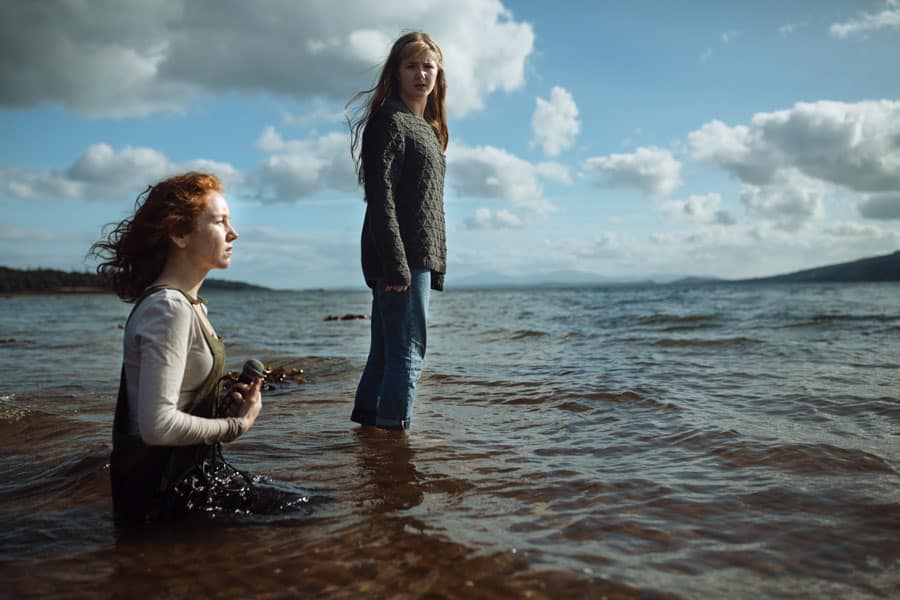 Using sound, music and words, Islander transports you to a windswept isle off the coast of Scotland, located somewhere between myth and the everyday. This magical piece of storytelling centres on Eilidh, a girl living on the remote fictional island of Kinnen, where the community is threatened with extinction due to the migration of people to the mainland, or “the big land”. Like the island with its unreliable ferry crossing, she feels cut off from her mother who has had to move away for work. As the inhabitants prepare for a referendum to decide whether to abandon Kinnen to the birds, Eilidh discovers a dying baby whale on the beach which leads her to discover another side of island life that changes everything.

From Eilidh’s grandmother to their neighbours and friends, the people of Kinnen – mostly women – are brought to colourful life by just two performers, Bethany Tennick and Kirsty Findlay. Using impressive live looping and layering of their voices, they build up a sweeping soundscape as a foundation for the beautiful, atmospheric music and lyrics by young Scottish composer and singer-songwriter Finn Anderson. From an abandoned school to a desolate beach to a storm-tossed boat journey, the story by writer Stewart Melton is vividly told on a near-empty stage, enhanced by Simon Wilkinson’s lighting design.

Islander is suffused with the magic of Scottish folklore but is rooted in the modern day, touching on the impact of climate change and the threats to island communities. Inspired by the wind-struck western Isle of Mull, the writing has a lyrical poetic beauty, drawing on Scottish dialect (but without losing clarity for non-Scots). A flawless gem lasting only an hour, it is a modern folk tale that is hard not to fall in love with.