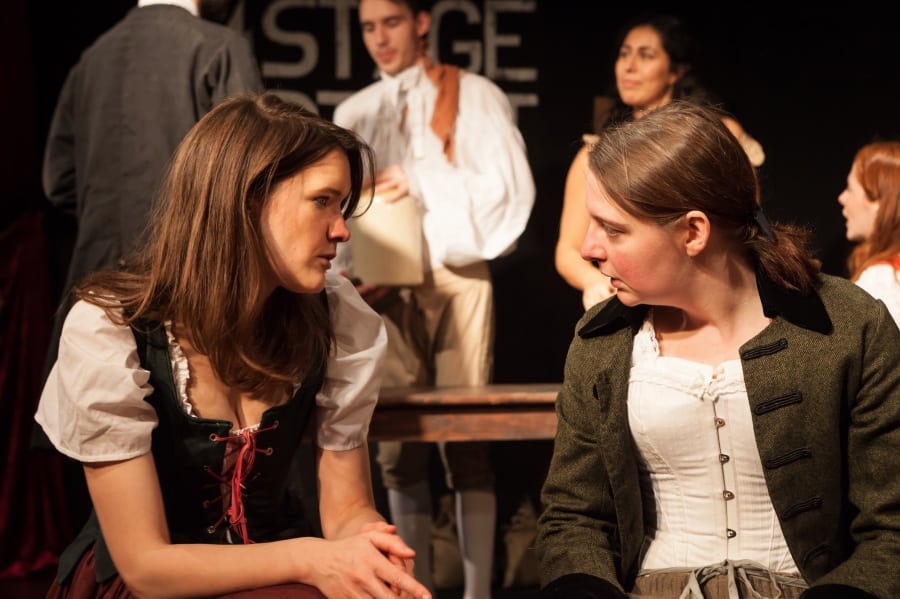 Indebted to Chance follows the life of Charlotte Charke, an actor, writer, grocer, pig-rearer, puppet master and highwayman (allegedly) from the 1700s. Charke was one of the first women in history to live some of her life as a man, both on and off the stage. Her story had been quite forgotten, but it has been lovingly brought back to life in this new play by Charlie Ryall – who also plays the character of Charlotte Charke. According to Ryall, this project has been eight years in the making, and her passion to tell Charke’s story is evident in every word of the rich script she has masterfully written.

Director Jenny Eastop has taken that story and crafted a wonderful piece of theatre here. The play bursts to life with a vibrant troupe of actors running about backstage five minutes before their opening performance of The Recruiting Officer. Mislaid wigs are being hunted down, broken props fiddled with, and general calamity – that anyone involved in putting together a show will be only all too familiar with – is breaking loose. Charlotte is set to play Captain Plume, a role she has coveted for many, many years. Sadly, her dreams are cut short when she is arrested and sent to debtors’ prison. From here, we go back in time and are taken through various scenes from Charlotte’s life – piecing together a portrait of a gutsy trailblazer who strove to do things her way in a world that had little respect for her, or women in general.

Eastop keeps the action moving at a pace as we jump through different periods of Charke’s life. If we’re ever unsure where we are, the actors quickly establish themselves as their new characters and put us at ease. This tight-knit ensemble is on top form, and their group scenes are some of the very best in the play – whether they’re bringing a horse-drawn carriage magnificently to life, or milling about the rehearsal room and ribbing each other’s performances. The language feels refreshingly modern, yet absolutely of the period at the same time. It’s also very funny, and the cast take advantage of every morsel in this sharply written play. The set changes go like clockwork too, moving us confidently through Charke’s life – all in time to some beautiful musical interludes composed by Richard Baker. 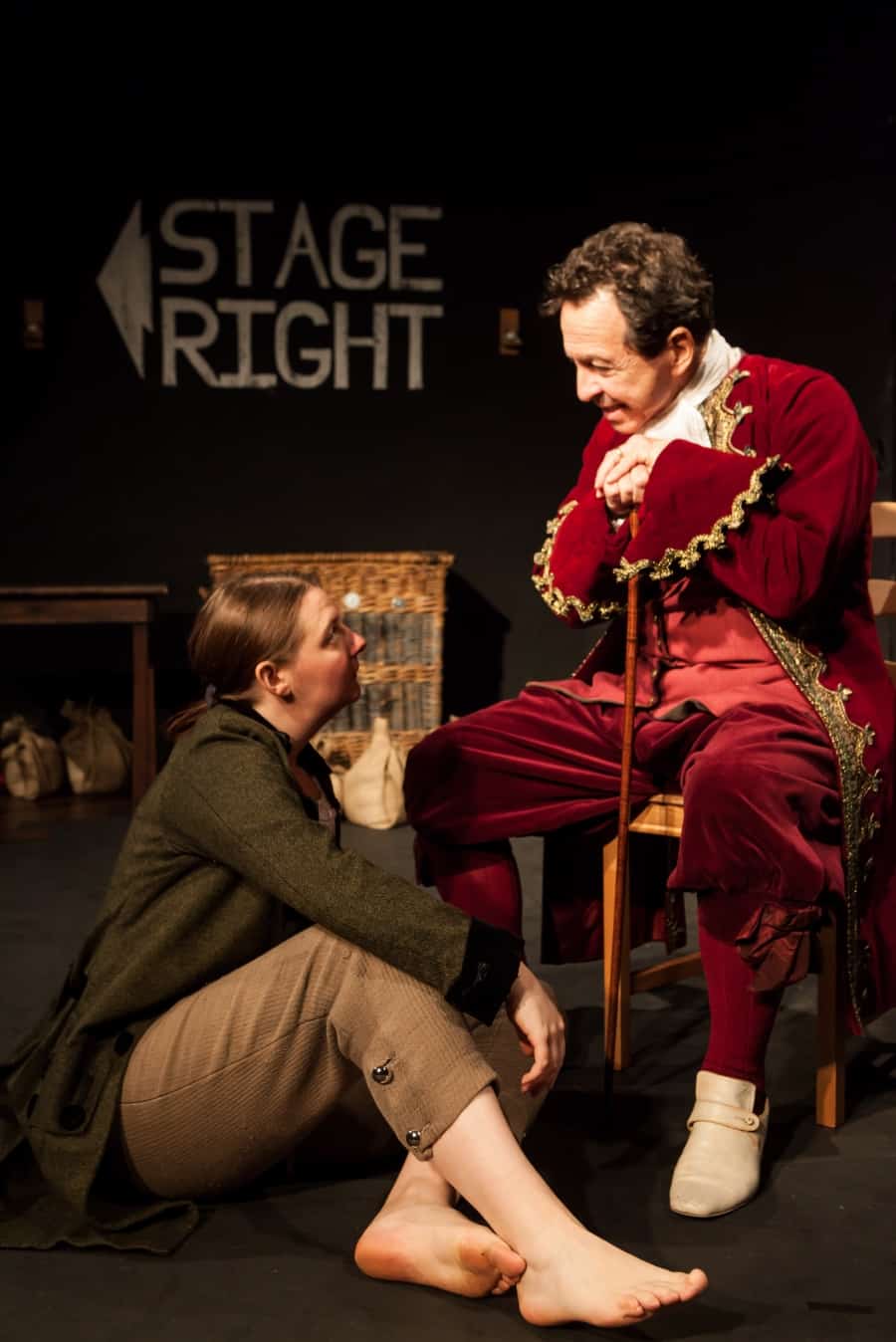 While there is much humour in this production, there are lovely moments of pathos too – giving us an insight into the difficult life Charlotte led. It was tough to be a woman who lived by her own rules, particularly at a time when men viewed their wives as property. Her husband, Richard, is a wastrel who runs up debts and then takes Charlotte’s money when his own pockets run dry. Their parting scene where Richard tears Charlotte’s whole existence apart is gut-wrenching. Her father, Colley Cibber, is a pompous, self-involved actor-manager who’s more concerned with his reputation than his own daughter’s welfare. Charlotte loves both men deeply, but they do not deserve her affection. It’s the women of Indebted to Chance who are the truly admirable characters – the steadfastly loyal Lizzie, and the huge number of women who come to bail Charlotte out when she ends up in debtors’ prison for the umpteenth time. This play feels like an incredibly important story to tell now, not least for its resonance with today’s social issues.

Charlie Ryall gives a phenomenal performance as Charlotte Charke. The language trips lightly off her tongue, and she is effortlessly witty. She moves us beautifully through the various stages of Charke’s life – showing us the spirited actress set on playing the male lead, the determined businesswoman trying to make her way in the world, and – very poignantly – a daughter desperate for her father’s love and validation. Ryall captures perfectly how Charke changed the way women were viewed in the theatre, often at her own expense. She is tough, outspoken and difficult at times, but you root for her the whole way through. 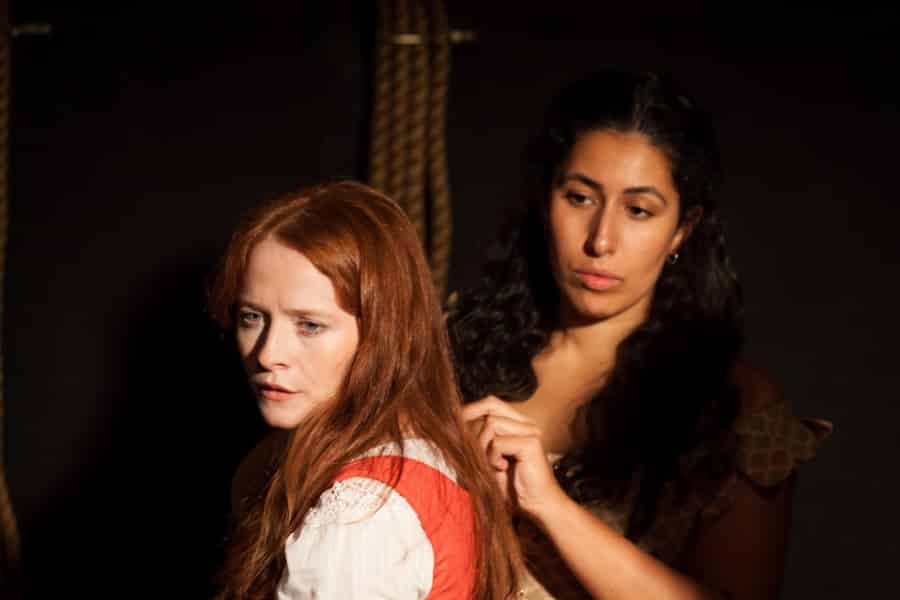 There is outstanding work from the rest of the cast too. Benjamin Garrison brings a wry humour and cynicism to his role as Charke’s husband, Richard. Beth Eyre gives a lovely performance as Lizzie, the stalwart companion of Charke who shows her that she doesn’t need to stand in anyone’s shadow. This is a very talented cast across the board, and they all work incredibly well together to bring the supporting characters in Charlotte’s world to life.

This play is, in many ways, a love letter to the theatre and its power to transform us. Charke was a visionary in seeing the power that the theatre had to change people’s lives, and she deserves to be remembered for that alone. As Charke says, if one person leaves the theatre feeling like the play has changed how they see the world, then the actors have done their job. And an important job it is at that.

BOOK TICKETS FOR INDEBTED TO CHANCE

Mark Reed is an actor and writer who recently penned his first play, Awkward Balloon, which premiered at the Old Red Lion Theatre in July 2018. He studied acting at Drama Studio London and has worked in theatre, film and radio. Mark is an avid theatre goer and is particularly passionate about new writing and Shakespeare. He also works in communications for a national charity, looking after their social media, press and key publications.