Paul T Davies reviews I Wish My Life Were Like A Musical now playing at Underbelly Bristo Square at the Edinburgh Fringe. 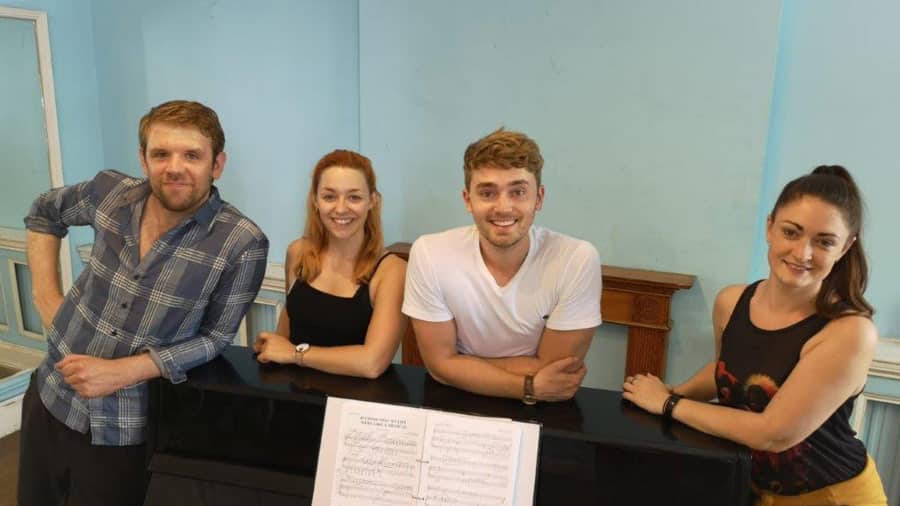 Composer and lyricist Alexander S. Bermange has created a superb comedy musical about life as a musical theatre performer, but anyone who has so much as dipped their toe into performance will recognise so much! It’s been building momentum and a large following since it’s debut in London last year, and it’s now packing them in here, and rightly so!

With four West End performers in the cast, you not only get excellent vocal work and comedy timing, you also get an element of truth! They take us through all the proceedings and pressure of performer’s lives, from audition to encore, and the show is an absolute blast. James Hulme is particularly funny as a performer who has dragged himself off his sick bed, Felix Moss shone in his understudy solo, Charlotte O’Rourke brilliant in discovering fame brings stalkers, and Charlotte Anne Steen almost steals the show with the title number and as the Diva. I say almost, these were just their highlights! They are a very strong company throughout.

There’s not a wasted song, no fillers here, and the show works because of the immense affection it has for the life they lead, for the industry and for those magical moments when you finally make it in stage. It’s a flawless hour of great fun and talent, a definite hit of the festival, so don’t leave it too late to book!