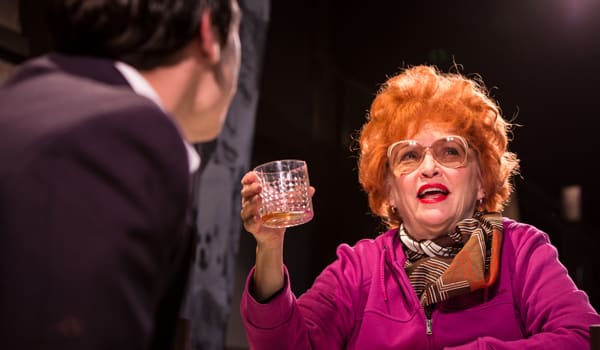 Currently playing at the West End’s Jermyn Street Theatre, I Loved Lucy is Lee Tannen’s autobiographical play, adapted from his memoirs about his companionship with Lucille Ball.

Tannen, a celebrity obsessed copywriter and a massive fan of the comedy star, uses obscure family ties to meet and start a friendship with the much older Ball. Tannen becomes a close confidante over games of backgammon, gradually drawing out her stories and her most intimate emotions.

I expect, as someone who wasn’t even born when Ball passed away, that I am not exactly the target audience for this production. A lot of the play seemed to revolve around vaguely scandalous celebrity anecdotes that were entertaining but didn’t advance the plot in any meaningful way. 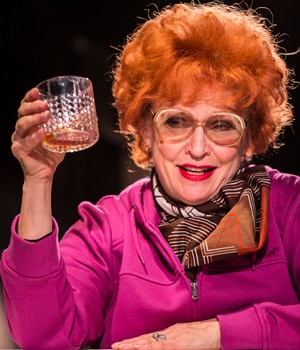 Much more interesting themes, such as her run-ins with the FBI for being an alleged Communist, were left unexplored in favour of what at times seemed to be fairly lightweight celebrity fluff

However, Tannen’s script is often witty and generates plenty of laughs, as well as a few touching moments. It is stronger in the second half, when it deals with Ball’s realization that her celebrity stock has fallen and that her best days are behind her.

As with many biopics, it sometimes falls into the exposition trap; a lot of the narrative dialogue is laden with names and dates. Some judicious editing could have cut down what was a slightly overlong production down to size.

This is especially the case of the last ten minutes, which is set after the death of Ball in a bizarre sort of heavenly utopia. It was perhaps meant to be poignant but it was instead quite unsettling and it prolonged the play beyond a perfectly natural exit point after she died.

Once you are aware that Tanner himself wrote the script, you can’t help but consider him a bit of an unreliable narrator. It is true that he does not shy away from highlighting his foibles (at times you wondered what Ball was getting out of the friendship).

However, the picture painted seems to be that Tanner was Ball’s closest relationship, even more so than her two husbands and her children. This may well be true but it would have been useful to hear more about why the others in her life were so absent, especially with her children who were barely mentioned. 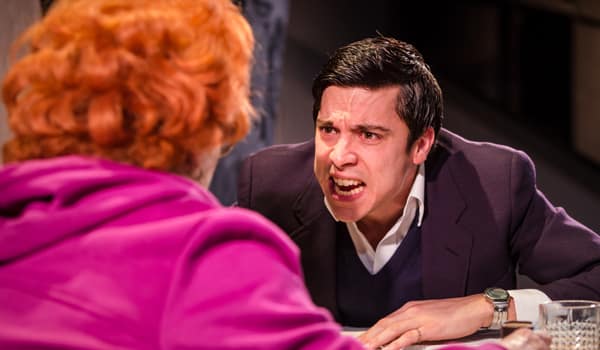 Despite these issues, the two leads put in a sterling pair of performances. Sandra Dickinson is a riotous Lucille Ball; capturing her mannerisms and hearty laugh. She is boisterous when needed but channels Ball’s sense of decline and abandonment very well. Her comic timing is spot on, helping her to deliver Ball’s many quips and cutting asides with ease.

Relative newcomer Matthew Bunn was also excellent as the neurotic and excitable Lee Tanner. Bunn is tasked with playing a number of other male roles, including an Irish taxi driver, comedian Bob Hope and a hotel receptionist, allowing him to show his considerable versatility.

Anthony Biggs’ direction made good use of a small space, whilst Gregor Donnelly’s basic set was cleverly enhanced by projections onto one of the theatre walls.

Lucille Ball once said about comedy, ‘you’ve either got it or you don’t’, but this amusing production falls somewhere in between. It is heavy on laughs and quips but may need a more streamlined script to become loved rather than liked.