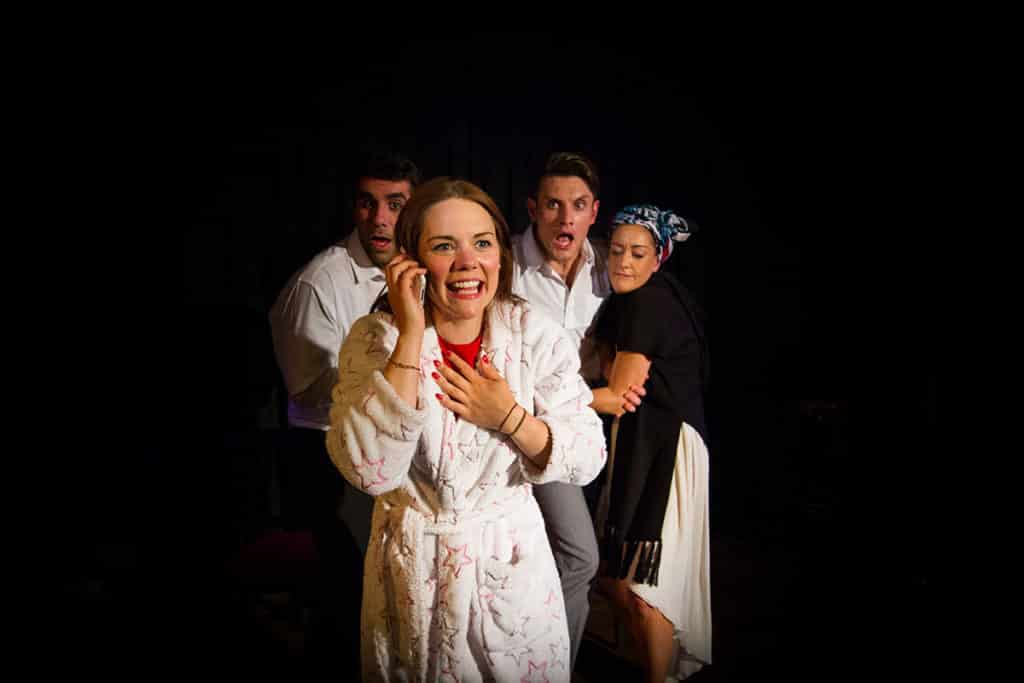 Where would we be without Louis Hartshorn and BB Hook, the producers behind a string of recent successes, including the wonderful staging of American Idiot UK currently playing at the Arts Theatre West End? Well, not ones to let an opportunity go by, Monday is Idiot’s day off, and yesterday these producers suddenly filled the gap with a mainstage revival of last summer’s Above the Arts hit, a clever, tuneful, witty and touching revue about love in all its guises, from 20-something first date to last golden years flirtation. The script and lyrics are by Joe DiPietro at his finest, and the music, by the endlessly inventive Jimmy Roberts, is bold in character, strong on tunes, and makes the best use of the four parts required to stage the show. Yes, this is a really magnificent show: I’ve seen it once before, in a much larger configuration, with a cast of 16 (8 boys and 8 girls, taking the solo moments in turn, and mixing in as chorus and ensemble in a variety of pleasing ways, with lots of different costumes and sets). But here, we saw it in its original 4-hander format, with just four chairs and a sofa, and a few different outfits to slip into rapidly when the cast were not wanted on set. 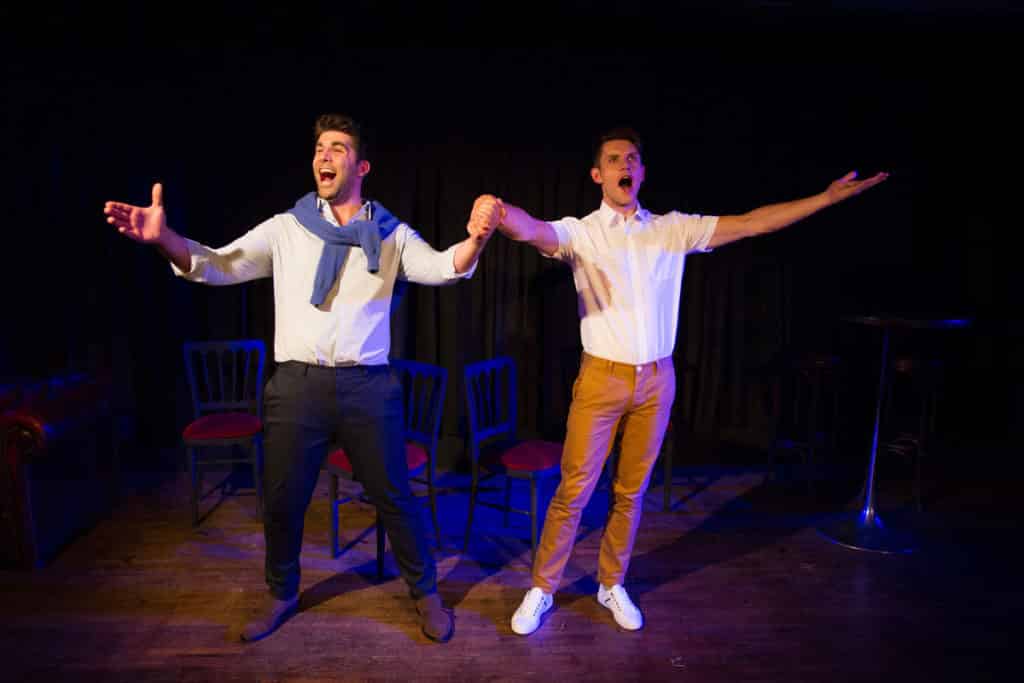 And this is Hartshorn – Hook Productions’ real triumph: they have assembled the A List of the A-List in this company: Julie Atherton, Gina Beck, Samuel. J. Holmes and Simon Lipkin are the dream-team of any revue: they create immediately recognisable and memorable different characterisations instantly, communicating something meaningful and important, with insight, originality and great stylishness.

They were helped no end in this process by the clear-headed genius of director Kirk Jameson and his choreographer Sam Spencer-Lane, who kept the production always in focus while allowing the cast the greatest possible latitude. The two-piece band was led by Scott Hayes (aka #ScottMorgan), and somehow stayed completely together with the often gloriously madcap mayhem on stage. Revue needs the feeling of spontaneity to connect with the public, and this group clearly knew how to keep things fresh and live in each precisely defined moment. All of them know how to do this perfectly well, and they operated as licensed Lords (and Ladies) of Misrule here, whose often brazen riffs on the script drive the audience wild: these performers are in the same tradition as the great revue artists of the post-war era in their ability to take a performance by the scruff of the neck and run off with it – albeit only temporarily – in directions perhaps not even they can anticipate. This protean quality is adored by audiences (although it can worry some). But, please – without such wildness the theatre would be so much less entertaining. The sum of these parts creates the kind of theatrical magic that is hard to come by. At the end of the show, the public leaves asking itself if the experience was worth the price of the ticket: here, an emphatic YES! was the only response I heard. 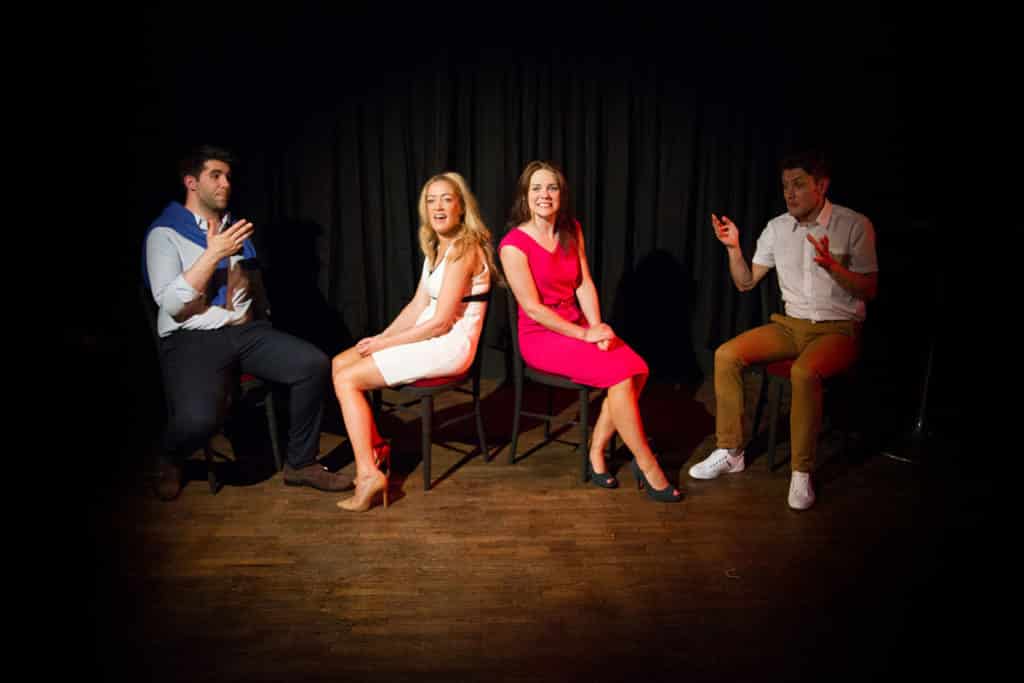 With a script and score this good, with such a robustly simple and flexible and clear set-up and artists of such sterling quality, this was like being at a really, really good party for two-and-a-half hours, or seeing a really big West End show. The players connected powerfully with the capacity audience, whose delighted laughter and cries of recognition and emotional response echoed constantly through the sold out theatre. We were lucky, so very lucky, to be there. And we will always cherish what a good time we all had. And well done Hartshorn – Hook Productions: you know how to make theatre magic happen.