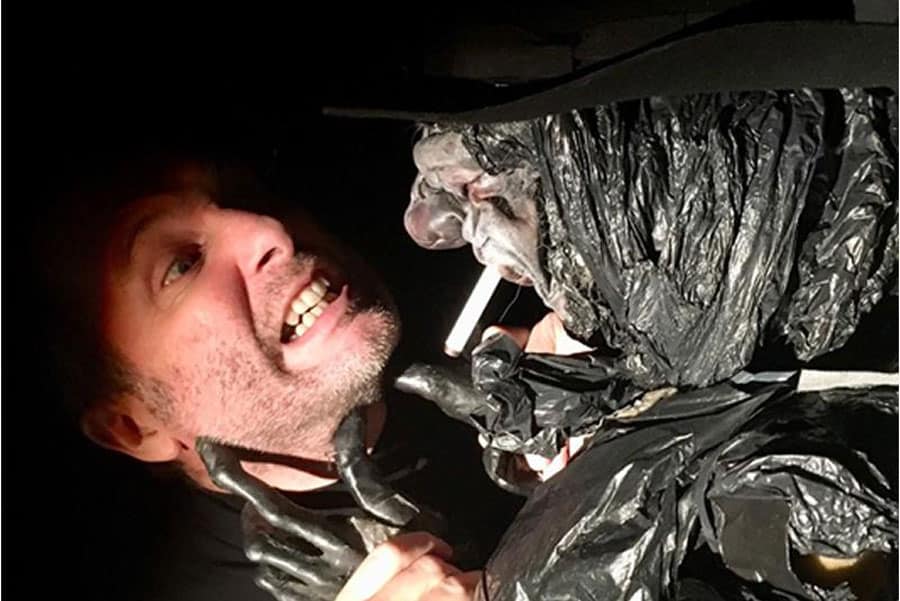 Blind Summit have a deserved reputation for their puppet shows, and have built an international reputation for their work. With Henry, the company are attempting to break new ground. The show is presented in the style of a masterclass and puppetry workshop, led by puppeteer and director Mark Down. This provides the framework for him to examine his problematic relationship with his father, who he hardly knew, but was once a famous actor. Unfortunately, Blind Summit almost entirely discard the main reason they are renowned for- the puppetry.

It takes an over long introduction to the “rules” of the masterclass, about 15 minutes, before the father puppet, created out of bin liners, appears, but even here the show fails to take off. Anyone who has attended a theatrical workshop will be amused by the self indulgent crap the director comes out with, and some of this satire is welcome. But every joke is repeated and overused, and instead of seeing interesting moments of puppet creation being developed, we get the same father puppet over and over until a bigger one appears at the end.

As the show progressed, I couldn’t help feeling that much of it was there to fill up the hour long slot. It’s a major disappointment from a company whose work I have always admired, and it is tedious beyond words. Everything floats, every prop floats, every bin bag floats, and the play never displays the supreme level of puppetry that fans know they are capable of.