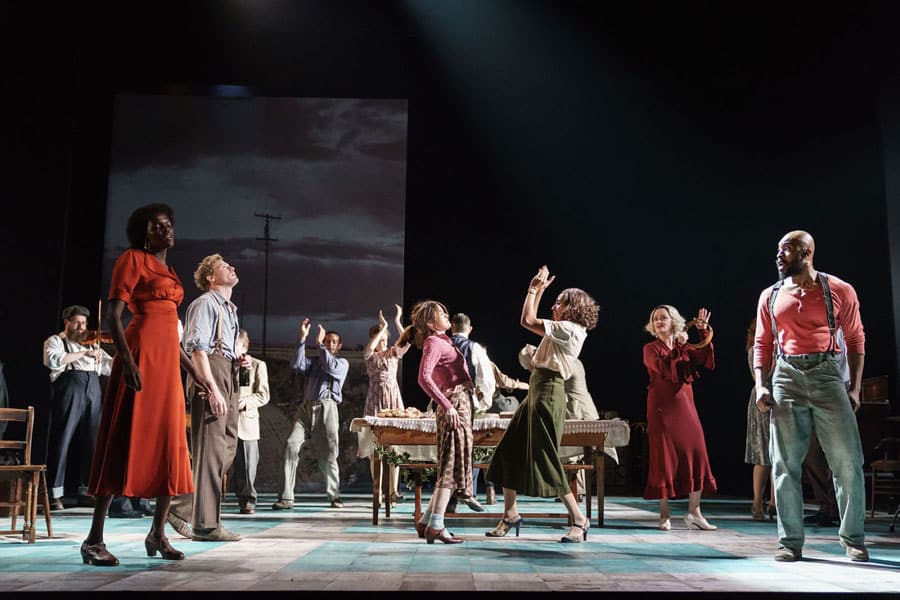 A haunting melancholy pervades much of Conor McPherson’s work, from his first big success The Weir to The Night Alive, and in Girl from the North Country, this has found its perfect soundtrack in a soulful songbook drawn from Bob Dylan’s back catalogue. It is more of a play with music than a jukebox musical, charting the desperate lives of a group of people thrown together in a boarding house in Dylan’s home town of Duluth, Minnesota, in 1934.

It is a failing business, run by Nick Laine who is also looking after a wife suffering from early-onset dementia, their alcoholic son Gene who dreams of being a writer, and their adopted daughter Marianne who is pregnant and single. His guests include a widow who hopes to become his wife, a near-penniless family with an adult son with the mental age of four, an escaped convict and a crooked bible salesman. Along with the local doctor Walker and lonely widower Mr Perry, it offers a snapshot of desperate lives at the height of the Depression, and how some people survive and some don’t.

Orchestrator, arranger and musical supervisor Simon Hale has taken hits and lesser-known songs from five decades of Dylan’s recordings, stretching from the title song and Like a Rolling Stone from the 1960s through to 1997’s Make You Feel My Love and 2012’s Duquesne Whistle. Rather than integrate them into the dialogue, they are performed outside of the action, often with the actors taking to vintage microphones at the front of the stage in the style of a concert. They serve to amplify the story and the characters’ thoughts, accompanied by a small on-stage band under musical director Alan Berry, with a poetic depth and complexity to the lyrics that takes them beyond a standard show tune. 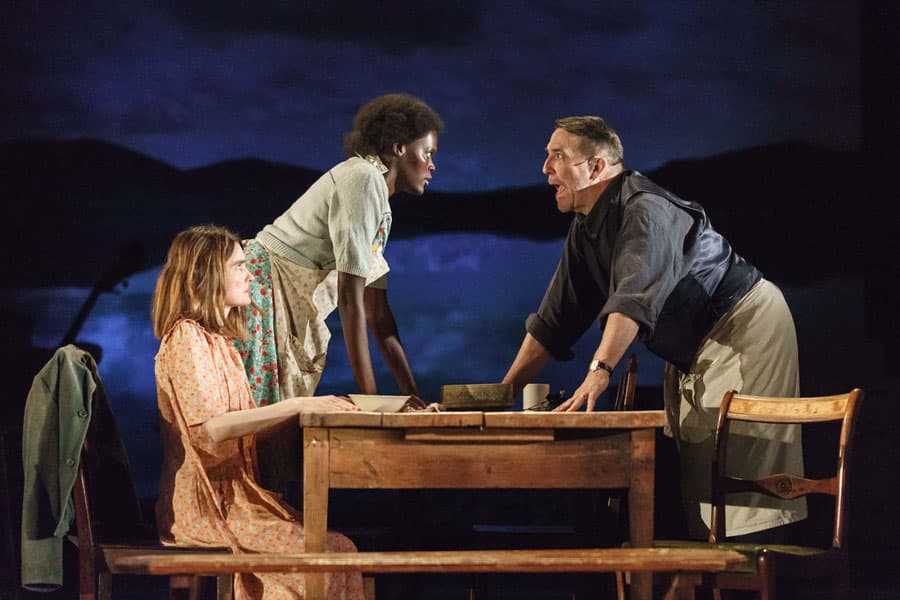 Much of the cast have come to the Noël Coward Theatre from the Old Vic where the show premiered last year, including Ciarán Hinds as the tough but weakening Nick and Shirley Henderson who is mesmerising as his wife Elizabeth, shifting from child-like sulkiness to uninhibited wildness as she struggles with her dementia. With an incredible soulful voice, Sheila Atim is impressive as Marianne, particularly when she leads on the beautifully sad Tight Connection In My Heart (Has Anyone Seen My Love?).

Sam Reid as her troubled brother and Arinzé Kene as her potential love interest are also excellent alongside stand-out performances from Debbie Kurup as resilient widow Mrs Neilson and Bronagh Gallagher as prescription drug addict Mrs Burke. As her son Elias Burke, Jack Shalloo blossoms in another show-stopping moment, leading on the uplifting Duquesne Whistle. Joining them for the West End transfer, Finbar Lynch is slickly charming as the devilish bible salesman Reverend Marlowe while Adam James keeps the story together as the doctor-cum-narrator, with Karl Johnson adding to the poignancy as Marianne’s forlorn suitor, Mr Perry.

The drab, desolate world of a Minnesota boarding house during the Depression is finely captured by Rae Smith’s set, with sound designer Simon Baker tackling the demands of a stage crammed with musicians and actors with impressive skilfulness. The cast and production are flawless, with orchestrations that transform Dylan’s songs into a rich multi-layered score that will haunt you with its beauty and sadness.

BOOK TICKETS TO GIRL FROM THE NORTH COUNTRY