Gary Stringer reviews Ghost Stories at the Theatre Royal Nottingham where it played as part of its UK Tour. 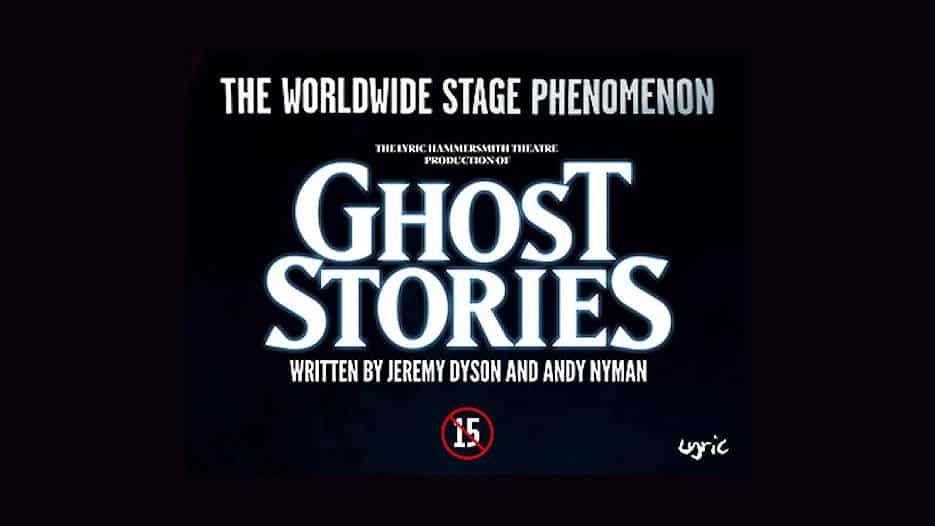 After scaring the West End senseless and a blockbusting film that had people jumping out of their cinema seats, Jeremy Dyson and Andy Nyman’s Ghost Stories is terrifying audiences around the country on its first-ever tour. I caught it when it came to haunt Theatre Royal Nottingham.

The city of Nottingham is no stranger to ghostly visitors. The Ye Olde Trip to Jerusalem pub, England’s oldest inn reportedly, is said to be haunted by none other than Queen Isabella, the “She Wolf of France”, while the theatre itself is said to be the eternal home of a poor young woman shamed, betrayed and abandoned by a caddish visiting actor. The spectres of Ghost Stories feel right at home.

What to say without giving the game away? In fact audiences are urged (threatened?) not to spoil the many surprises in this clever production, and even if you’ve seen the show or the film before, this new 2020 version has been subtly tweaked so you never know quite what to expect. Seeing is definitely not believing during this incredibly tense hour and a half.

With direction by Dyson and Nyman along with Sean Holmes, the two authors are committed and vocal horror aficionados, screaming their delight of the genre, and it is clear in this carefully crafted labour of love. A portmanteau story in the style of much-loved anthologies from Hammer and Amicus, they put a new and inventive spin on well-known horror tropes, reimagining the haunted house, the isolated broken-down car, the uneasy premonition. Thankfully, to counterbalance the scares, there is plenty of much-needed humour, albeit often of the darkest kind, that helps break the tension and give you time to regather your wits for the next sensory assault.

Designer Jon Bausor and sound designer Nick Manning have done exemplary work, with the constantly shifting stage conjuring up a variety of locations and a genuine sense of dread. Noises you can’t quite place, something sinister almost glimpsed in the corner of your eye. Full attention is demanded at all times as the story evolves, connections are made and a bigger picture is revealed.

Guiding us through the three stories is the sceptical parapsychologist Professor Goodman, played with an easy charm by Joshua Higgott. But as with everything we witness, his cynicism and doubt are hiding a deeper, more terrifying truth. Nothing in these stories is really as it seems. The foundations of faith are gradually eroded.

A genuinely thrilling event, Ghost Stories takes us on a journey, holding up a mirror to our primal fears and presenting us with an opportunity to face them head-on, questioning and laughing at our beliefs and superstitions. Expect the unexpected but be guaranteed to be frightfully entertained.