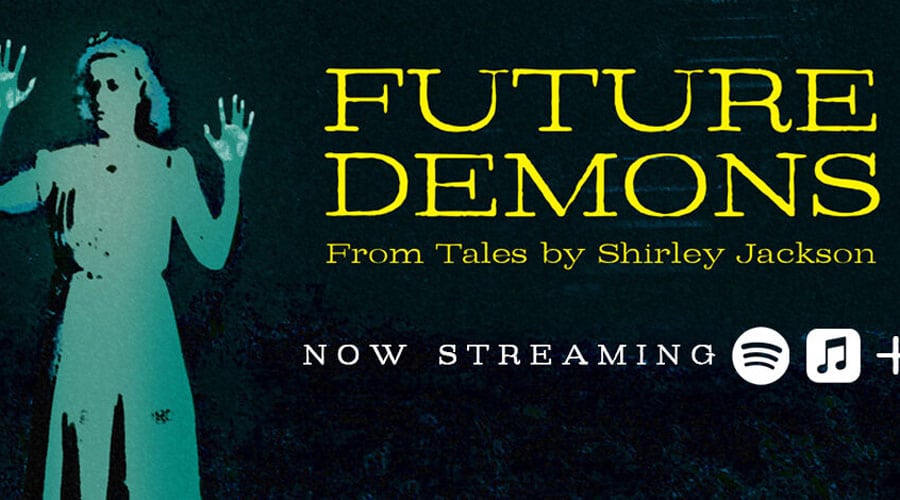 Ryan Scott Oliver – composer, arranger, lyricist, imaginer, enabler, the man who may be ‘the future of Broadway’ – is an artist from whom one never knows quite what is coming next.  And nobody who saw his ’35MM’ at The Other Palace recently could have predicted this: an extraordinary, high-octane, angular, modernist blast of Post-American angst that doesn’t so much sparkle as explode into the ears of the listener, jolting its audience out of any complacency and energising them as if with three lines of the very best Columbian.  It’s not just an adrenalin rush it gives, though: there is a heady mix of sensuous seduction in its thrilling hit, which disarms and ensnares you.  Watch out!  You can get hooked quickly.

It kicks off at 150mph with the wonderful Kerstin Anderson smashing, ‘My Life With R H Macy’, with this salesgirl’s rhapsody in the style of David Lynch and Brett Easton Ellis, itemising her experience slaving for the Empire-Revival palace of consumerism in New York City, with the ensemble making up other parts, including an extraordinary male voice chorus of ‘Miss Coopers’!  Snapping out of that shock-opener, we drop into a folk-country vibe for the next number, ‘James Harris’: an a capella verse given gorgeous character by Heath Saunders, before flowering into a banjo, mandolin, guitar and drums incantatory arabesque on adventure and romance, featuring the compellingly awful seductions of his omnipresent lothario, a mixture of Don Giovanni and Bluebeard, commented upon, followed and ultimately dispatched by his female ensemble of victims-cum-revengers.  This is more the kind of character-portrait we have heard RSO do before; but where did we hear a backing chorus used with such Grecian formality?  It’s the voice of the zeitgeist, perhaps, with delicate traces of #MeToo suffusing its primaeval passions.

Next, we lurch into a curious something, called, ‘The Story We Used To Tell’, a pulsating, confessional narrative in which the melodies come thick and fast.  It has a constantly surprising refrain for Britney Coleman (dipping Joni Mitchell vocals into a vat of Angela Carter), with Victoria Huston-Elem joining her on a dark journey through another ‘dark house’.  Here, the music lithely changes time signature, texture, pulse, as the tale turns the number into a kind of self-contained short story itself.  And no wonder.  All these songs are based upon the tales and characters dreamt up by the mid-20th century spinner of American yarns, Shirley Jackson, author of a shelf of tales laced with horror and the occult, including, ‘The Haunting of Hill House’.  An object of enduring fascination, RSO reacts to her world with protean glee, producing a kind of endlessly evolving music that is breathtakingly exciting, making its listeners almost part of the process of its invention.  Yet, though he gallantly preserves much of her texts in each of his masterfully modernised, transformed and crafted lyrics, it all sounds – as ever – like totally him, and no-one else.

Then, Jay Armstrong Johnson (with a little urbane help from RSO himself – there is literally NOTHING that he cannot do!) in, ‘What A Thought’, propels us into Sondheim-esque territory: all shredded nerves, relationships in downward spirals, and elegant rhymes stitched into an archly swinging waltz, tidily dressing up all the rage and despair spouted by a haughty and murderously obsessed narcissist.  A negative commentary on contemporary gay life?  Well, there’s far too much wit, cultivation and self-deprecatory mockery for that accusation to stick, I think, but Jackson did like to provoke: her breakthrough success published in ‘The New Yorker’ magazine, ‘The Lottery’, caused a positive storm of protest to be directed at the publication.  And RSO is taking pains here to do his posthumous collaborator justice not only in the letter but also – arguably more importantly – in the spirit.

No, I’ve never imagined my husband in peril
Except for that one time outside Crate and Barrel
Or when he detested Cate Blanchett in Carol.

How does it play out?  I guess you’ll just have to agonise over that while pondering the tantalising ‘cliff-hanger’ with which the number closes.

The segue from that into ‘Family Treasures’: an anthemic number, opening in close harmony and blazing forth into infectious rock chic sass.  Saturated with the spirit of 70s disco funk, it’s a mash-up of ABBA, Quincey Jones, Suzy Quatro and all your favourite glam-era icons, sung with ravishing credibility by Caitlin Doak, Alina Fontanilla, Jessie Hooker-Bailey, Kim Onah, Gerianne Perez, Catherine Ricafort and Nicole Zelka, telling a story with an ambiguous, P D James’ish moral: RSO seems to be defying us to take sides here!  Equally, his sense of rhythm is wholly original and utterly mind-blowing: if this were happening to you in the real theatre, by now you would already be mentally planning when you could get back in for your return fix.  Therefore, when this track comes to its end, you discover that you are already craving more and wondering whether you’ll ever be able to keep your new dependency under wraps…. or will have to blurt it out to everyone you meet!