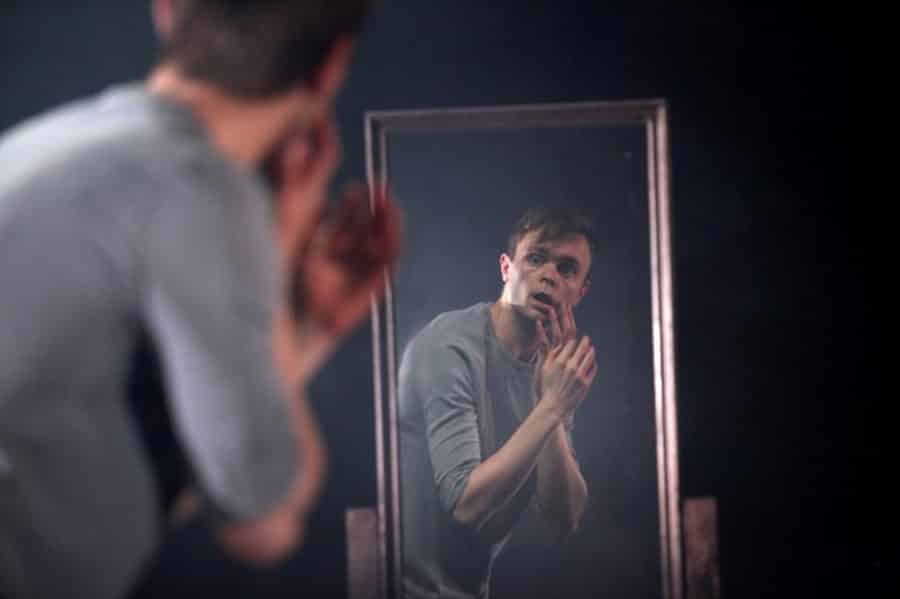 In the National Theatre’s acclaimed 2011 production of Frankenstein, Benedict Cumberbatch and Jonny Lee Miller famously alternated the roles of Dr Frankenstein and the Creature throughout the run, emphasising the similarities between the two apparently opposing characters. This doubling, which can be found throughout Mary Shelley’s original gothic novel, is taken a step further in Tristan Bernays’ adaptation of the book, casting just one actor to play both roles. 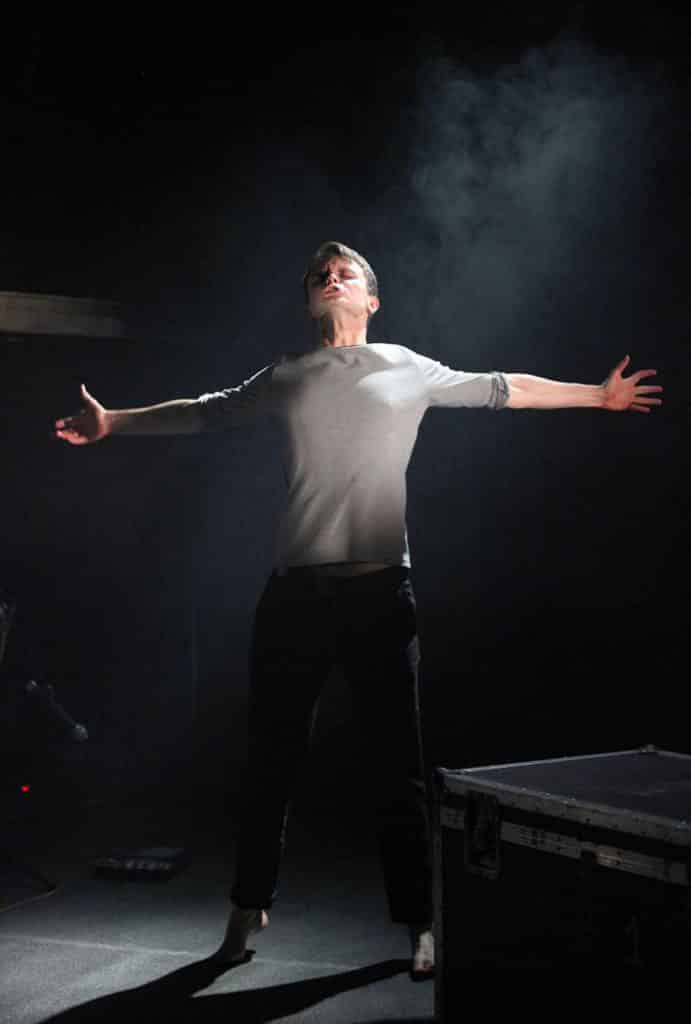 Skilfully distilling the core narrative, the play shifts much of the focus onto the Creature, opening on the moment of his creation in Dr Victor Frankenstein’s laboratory and following his clumsy and terrified development from a rejected child-like innocent hiding in the woods to a man with intellect and a need for companionship. For anyone unfamiliar with the original story, the show reminds us that the iconic monster was not the lumbering brute created by Boris Karloff in the 1930s but an intellectual, fully conscious being who has read Plutarch, Milton and Goethe – albeit one with a shocking, horrific appearance. Like the book, the play explores how much the Creature acts like a monster not by nature but because of the way he is treated by his “father” and the rest of the world. 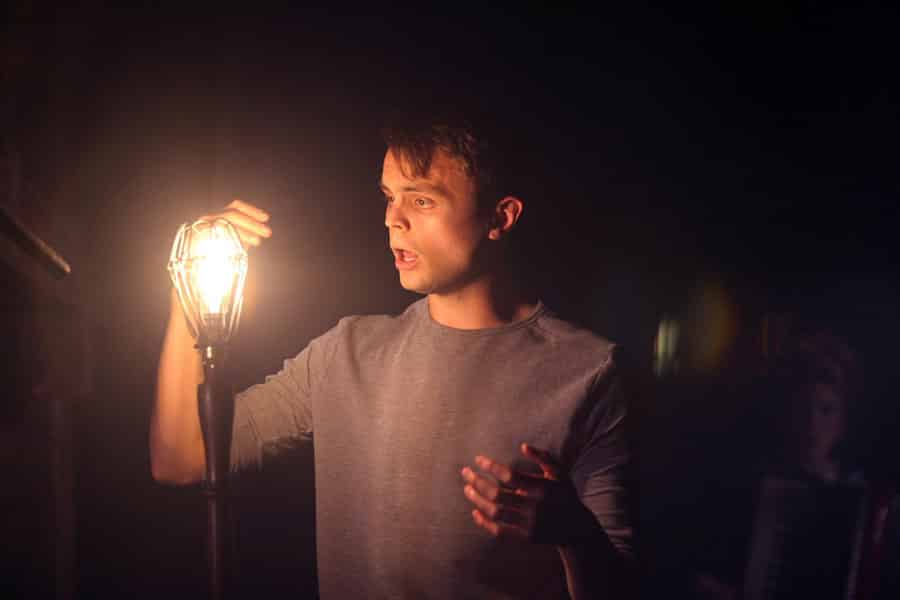 Despite his baby-faced good looks, George Fletcher embodies the Creature with sinuous movement and anguished expression with no need for extra make-up. With brief switches to Victor when the Creature finally meets his maker, this young actor – only just graduated from the Royal Welsh College of Music & Drama – gives a bravura performance that grips the audience for the 70-minute running time. He is supported by Rowena Lennon who plays roles such as Victor’s fiancée Elizabeth as well as enhancing the sound effects and staging. It is tautly directed by Eleanor Rhode alongside movement director Tom Jackson Greaves. With only a handful of props such as a mirror and bare lamp bulbs, the stage has been atmospherically lit by Lawrence T Doyle with an expressive soundscape designed by David Gregory.

Originally performed at The Watermill Theatre near Newbury, it has found a fitting home in the magnificent 19th-century faded splendour of Wilton’s Music Hall in Whitechapel. Although there is no news on further outings for the production, keep an eye out for this formidable creation.