Paul T Davies reviews For Queen and Country at the Drill Hall as part of the Edinburgh Festival Fringe. 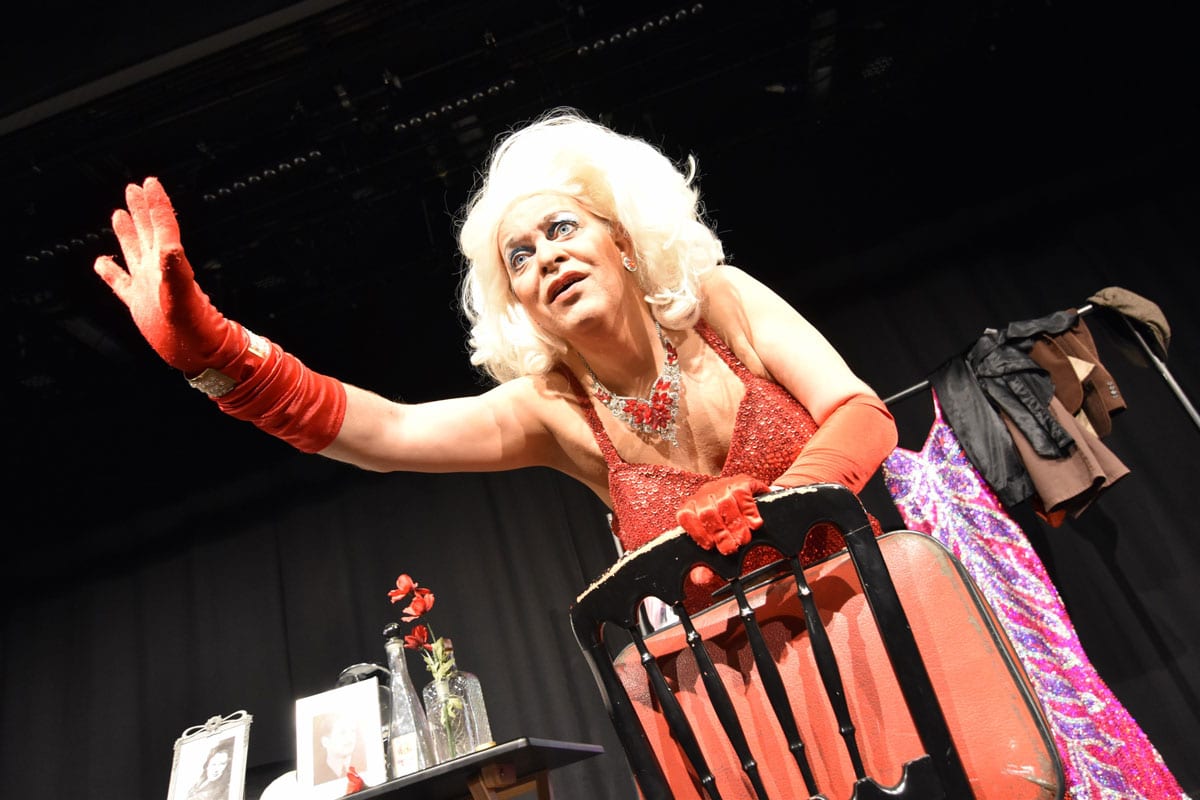 For Queen and Country
Drill Hall, Army at the Fringe.
5 Stars
Book Tickets

This is one of the most extraordinary and important stories you will be told in this year’s Fringe Festival. Army at the Fringe is a remarkable institution that supports creativity at the heart of the armed forces, and they have nurtured gold here. It’s the true story of Denis Rake, an openly gay man, who was drafted into Churchill’s Special Operations Executive and worked as a drag queen in a nightclub in occupied Paris during the war. He worked as a wireless operator in the thick of the Nazi invasion, and, among his jewels and bracelets, he has a Military C seeross .

Writer Paul Stone has used Denis’s military records to draft a tender, respectful and beautifully restrained play that is brought to life with camp splendour by performer Neil Summerville. He is nuanced, not just when he is being risque, but also when he speaks of his love, killed during operations, and perhaps of less fulfilling post war years. It was fine for him to be his true self when winning the war, perhaps not so afterwards when he endured multiple operations to try and ease the damage done by torture.

Aided by songs from the period, with lyrics changed to suit the Mess Hall and convey his true feelings, this is a hugely affecting piece. The interest being raised by his story means that, I think, we’ll be hearing more of Major Denis Rake.