Paul T Davies reviews Fly Half by Gary Lagden presented as part of the RADA Festival. 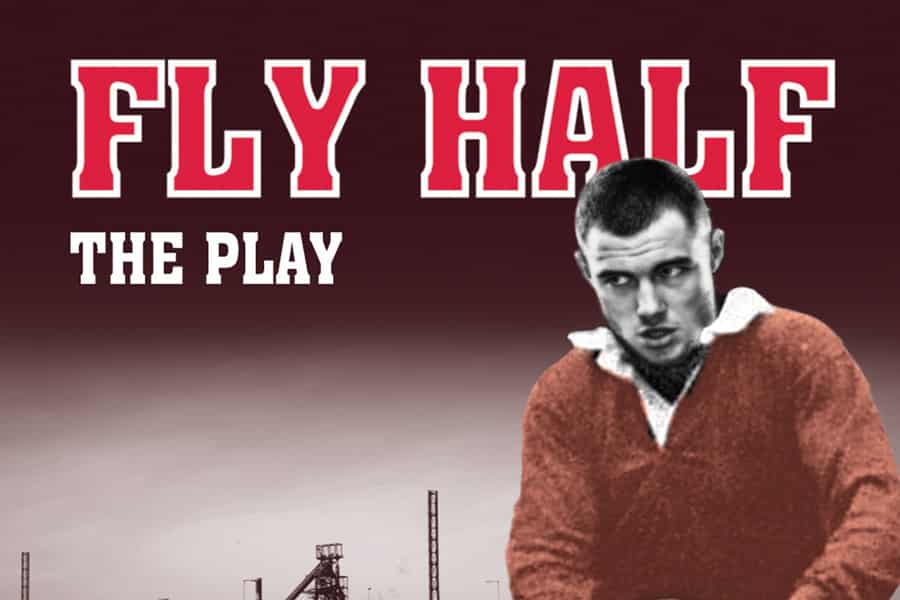 WARNING: This review contains Welsh sentimentality and Pride. With no apologies!

Gary Lagden’s play is deceptively economical. Performed on an almost bare stage, with the musician’s guitars  set up, the play is about Wales, rugby, and, in particular, the community that the sport fosters and encourages. Simple it may be, but Lagden’s script is collieries deep.

Recounted by Darren, a typical Welshman, the men on the walls of his rugby club are his heroes, and he recalls his life of going to the rugby with his father, playing himself until injury, and pride in watching his son take on the mantle. It’s a piece created from the heart, and Port Talbot born Lagden knows all about Welsh pride and passion, the mythology of rugby and the reality of working class life. There are laugh out loud stories, particularly involving his arch enemy Barry Highland, (of course nicknamed Barry Island!), and he is a skilful storyteller, inhabiting other characters in the play, his beautiful voice bringing to mind the great Burton.

Original songs performed by Gareth Moulton counterpoint the tale well, and from the beginning the atmosphere in Geoff Bullen’s production is ghost like and haunting, these men are disappearing fast as rugby becomes more corporate and industry continues to be wiped off the face of the nation. I mean it as a tribute when I say that the writing has reflections of Dylan Thomas, deliberately so in the final “rage” section, raging against the loss of community, the changing of rugby to a safer game, the anger that, once the steelworks close, which they inevitably will, those men created by hard labour will be no more, like the miners before them.

I worried that my Welsh spirit was giving me a profound bias towards the piece, but the unanimous standing ovation clarified that this play works as a celebration and commemoration of community far beyond the Welsh boundaries. Beautifully told, see it if you can.

FIND OUT MORE ABOUT FLY HALF