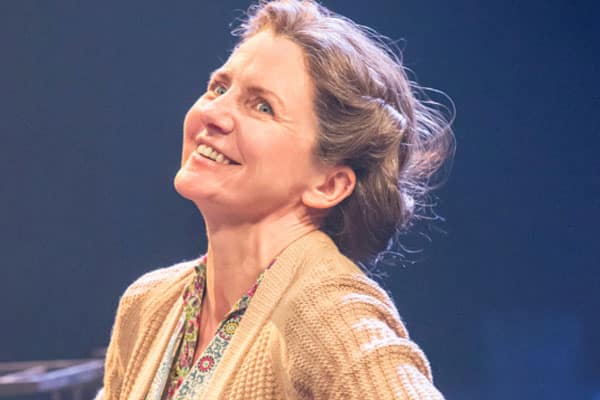 The new musical Flowers for Mrs Harris, recently enjoyed its world premiere season at the Crucible Theatre in Sheffield. It also brought to a close Daniel Evans’ tenure as Artistic Director after seven years, before he takes up his new position at Chicester. Evans undoubtedly leaves on a high.

Richard Taylor and Rachel Wagstaff have worked to adapt the story of a woman who ultimately wants to be loved and acknowledged. Whilst she has a best friend, we learn her husband died during World War II and the country is in the midst of austerity. She works tirelessly to help others but one day decides that she wants something for herself. Without giving too much away, her final destination is Christian Dior’s store in Paris. Her journey is more than her trip to Paris though; it is about finding contentment in her life and closure, which creates a bittersweet finale. 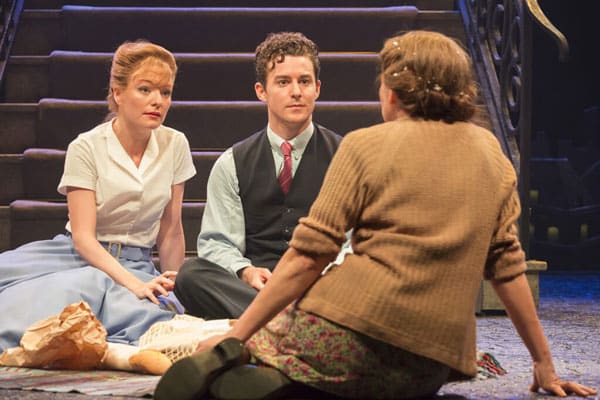 Clare Burt leads the cast as Ada Harris and the show is all about her. She is no stranger to The Crucible after starring in This Is My Family there two years ago. She perfects the role as a mid-fifties disillusioned woman yearning for something better in life and is ably supported by Mark Meadows (Mr Harris and her love interest in Paris, the Marquis de Chassagne) and Anna-Jane Casey who plays her loyal best friend, Violet Butterfield. The sophistication is provided in the form of Rebecca Caine who plays the glamourous role of the rich Lady Dant in London and Madame Colbert at Dior. It is Madame Colbert who restores the faith after the Dior clients look down on Ada Harris for not being their ilk but she refuses to do the same. Caine’s portrayal of her characters is the perfect antidote to Burt’s Ada – polar opposites in every way and yet we feel that ultimately they are perhaps not so different after all. Aside from the material aspects of their lives, they are both just ordinary ladies looking for fulfilment and appreciation in their lives.

Roles are doubled as the story moves to Paris in Act II and this gives the feeling of cast being bigger than what it actually is. Aside from these pivotal characters, the remaining cast play minor characters and, at times, too much focus is on them when they do not add much to the story; instead only aiding in slowing the pace down. In addition to Rebecca Caine, Laura Pitt-Pulford plays the wannabe actress in London and top model in Paris whilst Louis Maskell plays the longing lover in both cities. 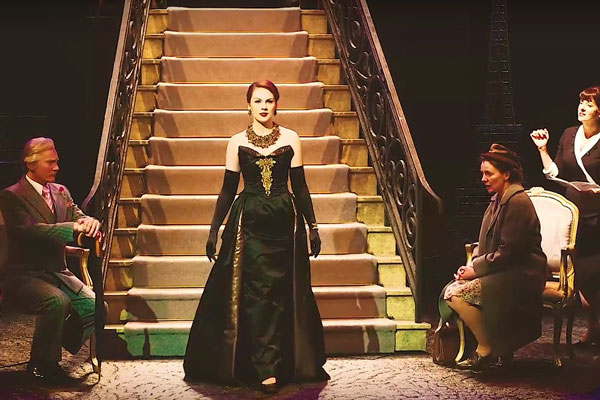 Flowers for Mrs Harris is under the musical direction of Tom Brady. Under his direction, the seven piece band supported the cast without ever overpowering them. Whilst the show lacked any stand out musical number, the elements of the show combine to create an enjoyable evening’s entertainment. Lez Brotherston’s staging is simple yet effective, with a rotating stage that gave the production fluidity throughout. Staging a show in a theatre with a large thrust stage can be tricky and at times it felt like the production had been directed with little care to those sitting on the sides of the thrust stage, with most of the actors focusing their attentions to the centre of the theatre. This was particularly noticeable in the first half. 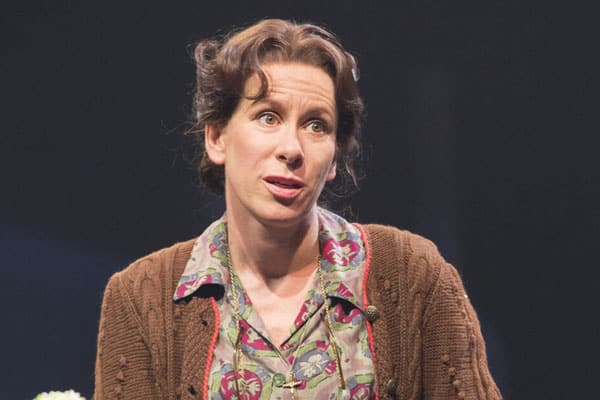 Overall, this was an emotive show which was particularly enhanced by the slow pace of Act I. It quickens during Act II which helps to give it a purpose but, nevertheless, we are never allowed to forget the plight of Ada and what this journey is ultimately all about. Perhaps we can all relate to Ada to some degree – the modest individual who aspires to make their mark. For Ada, it was not about wearing the dress, but being content in the knowledge that she had achieved her dream and purchased one. In turn, all of her employers and acquaintances could only admire her. The audience evidently felt a connection with Ada – the tears and subsequent standing ovation proved that.

Flowers for Mrs Harris does not lend itself naturally to a musical but Evans has shown faith in Taylor and Wagstaff in bringing the show to fruition and as a result, Sheffield launches a new British musical. It is not easy to launch a new musical with a middle-aged woman at the heart of it but, whilst a West End transfer might not be on the cards, it would not be at all surprising if this show went on a UK tour at some point in the future.

Laura read Music at The University of Sheffield where she is continuing her studies, currently undertaking a Master’s research degree looking at a selection of Noël Coward’s musicals. She also writes articles for the Noël Coward Society magazine.
Laura has an interest in all aspects of theatre – drama, comedies and musical theatre and enjoys seeing both revivals of classic and forgotten shows as well as new works.