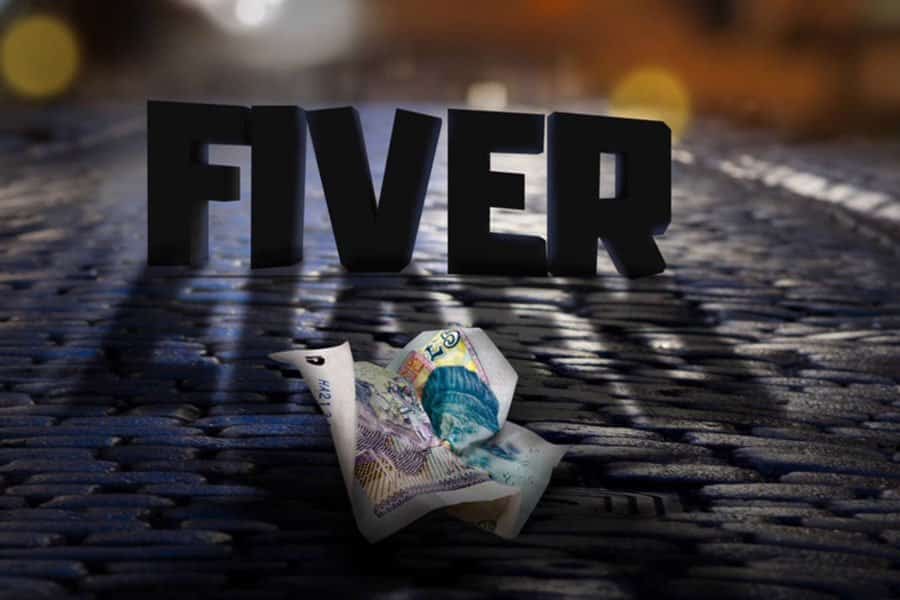 The onward march of the Crazy Coqs is pioneering new musical theatre writing continues with his utterly delicious score by new writers of the book, music and lyrics, Alex James Ellison and Tom Lees.  Both youthful but distinguished creators of new work, this is an exciting new collaboration by them and offers much to recommend it.  The fiver of the title is the maguffin linking a dozen change-overs as it passes from one character to another, much in the manner of the ’embraces’ in ‘La Ronde’, as it makes its episodic progress around today’s London.  Yes, a mere fiver doesn’t have quite the same dramatic magnetism as, say, syphilis, and quite probably we would be more excited by the story were there to be more, um, riding on it, but it works well enough to move us along, and the delights we encounter en route are tremendously pleasurable, quite enough to fill the hour and a bit of the show’s running time.

In a brief recent run, the show was opened by recent newcomer to the profession, the charismatic Joe Kerry, whose immediately infectious, toe-tapping rendition of ‘Change is bringing me down’ (monetary puns litter the libretto in a very amusing way) got things off to a marvellous start, with well placed backing vocals from the other three members of the cast.  He played guitar, while Lees himself was on the piano, leading a strong band of violin, cello and drums in a sequence of his fine arrangements.  Jordan Murphy, doubling up as both director and producer of the show, did a super job in opening up the central space of the room to allow for a more ‘traverse’ performance of the work.  It will be very interesting to see what he does with three more mini-musicals scheduled for performance there in the coming year.

After the opening number, Jodie Steele and Daniel Buckley then picked things up while propping up the bar: Steele battled with the dense lyrics of ‘I’m Disconnected’ – tricky to put over in the echoey acoustic of this room, before Buckley had an easier time of it with the lively blues of ‘Let today be the day’, showing off his fine light tenor voice to perfection, and much more kindly supported by the sound engineering: amplification was used in this production.

A touching note of pathos was sounded by the next number, ‘Every Year’, in which a more serious plot point came into focus, with flowers laid on the grave of a beloved friend.  The mood did not last long, however, and was briskly swept out of the way by Steele’s super ‘At the end of the day’ and Sabrina Aloeche’s ‘Freedom’, the latter given a superb chance to display the magnificent honey and velvet of her splendid mezzo voice.  Contrasting this, the folksy vignettes of ‘This guy’ were great fun, and then we could really enjoy the Lily Allen-esque patter of the title song, given to Ms Steele, relishing the chance to be on much surer ground.  Then, after another patter-based interlude, the romantic ‘I want to hear it from you’ was lush and delicate at the same time, before we surged into the closing moments of the tale with the masterful scena, ‘I’m over you’.  And finally, Kerry got to wind up the show and it was – for the time being – all over.

But not, I feel, for long.  This is a very robust score and with a stronger script could well find a future life with a much bigger public.  The elegance and wit of the songwriting really demand a more compelling theatrical structure and it might, perhaps, be to the advantage of this writing team to invite in a third voice as the book writer to do just that.  As it is, the terrific songs can be enjoyed in their own right.