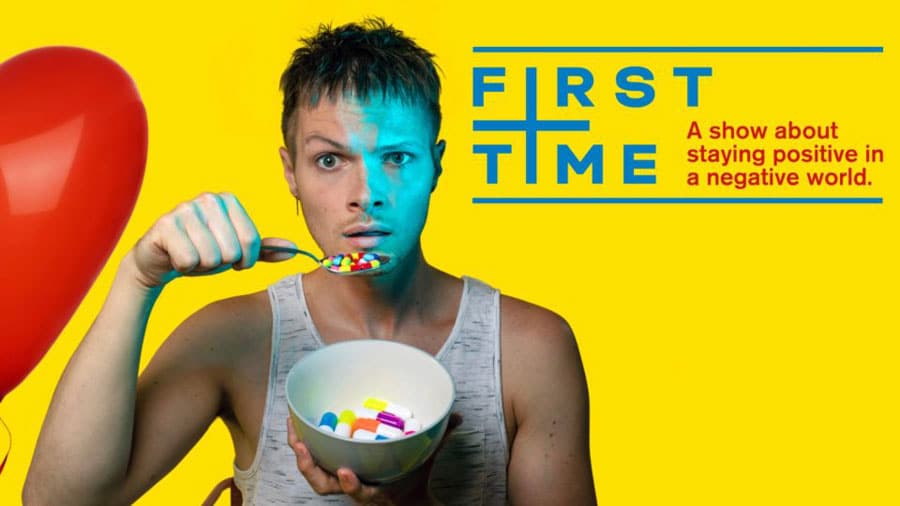 An absolute privilege to catch Nathaniel Hall’s highly personal and immensely rewarding show about him contracting the HIV virus when he had sex for the first time, aged 16. It’s honest, poignant, hilarious, and moving, everything you want and need from theatre. I always think the best solo shows have to be performed by people the audience likes, and Hall is immensely likeable, from the moment he apologetically welcomes the audience into his scruffy flat, through to the pride lifting, empowering final speech.

Despite his experience, and he does take us to some very dark places, his wry and sometimes very dark sense of humour always lands in the right places. There is wonderful and non-invasive, audience participation, including a recreation of his prom night, and a quiz that raises awareness and knowledge of current HIV treatments. It occurred to me that what he does is gently make the audience a community, and a moving candlelight vigil happens almost organically, all of us embracing, (metaphorically), him, his story and our epidemic history and experiences.

Hall also appeared in It’s A Sin, Channel 4’s most successful drama series, shown earlier this year. I had many gay men under 30 ask me if the AIDS crisis in the 1980s was really as depicted. Yes, it was. And now it’s treatable with early diagnosis, and Hall’s story is one of survival and fighting the shame and stigma that still corrodes attitudes to the condition. Irene Jade’s set sings with gay pride, and this is an essential piece of theatre for everyone who wants to move out of the closet into the light. It is engaging on a long tour, including Oxford, Isle of Wight, Norwich, Liverpool, and “home” to Manchester in December. Check out the tour dates and book, only theatre can make you feel this empowered!