Paul T Davies reviews Michael Trauffer in Fabulett 1933 at Space at the Surgeons Hall as part of the Edinburgh Fringe. 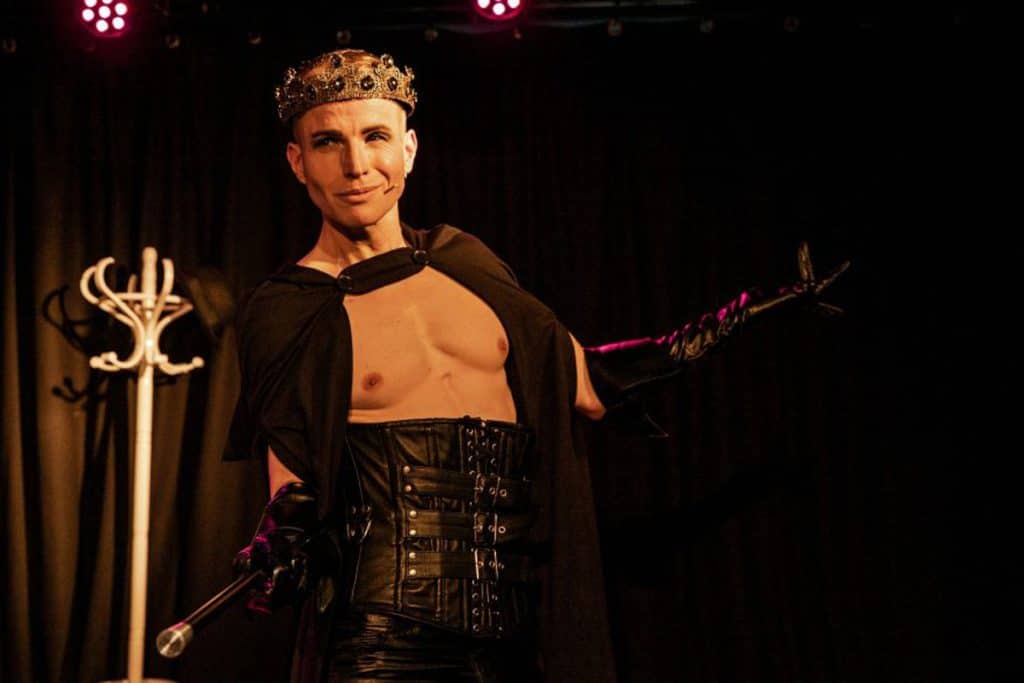 During the Weimar Republic, Berlin, in particular, enjoyed a huge amount of sexual liberation. Although hidden away in clubs, people could express themselves and find freedom to explore their identities, and trans people felt safe and protected, there were pioneering practices. The Nazis changed all that, anyone not following the dictates of the Master race were to be persecuted and destroyed. By 1933, all of the clubs were closed.

Welcome to the last night of the Fabulett club, to its final hour to be precise.  Created and performed by Michael Trauffer, he is a gentle yet commanding host, taking us through the personal as well as the political history. In a gorgeous sequinned cap, he is visible and the strength of the show is that it celebrates visibility. He also works well with the pianist, lightening the mood a little, and the songs are very strong, especially Oh He’s Hating That I Love Him and the Lavender Song, each reprise reminding us that the clock is ticking.

There are times when Trauffer can make his performance bigger, to really fill the space, occasionally he feels a little hesitant. But it is an effective call to arms against right-wing prejudices and a cool reminder that those views still get applauded. It’s a timely, brave, campaigning show that deserves to be seen.