Paul T Davies reviews the National Theatre of Scotland’s play Exodus at the Traverse Theatre presented as part of the Edinburgh Fringe. 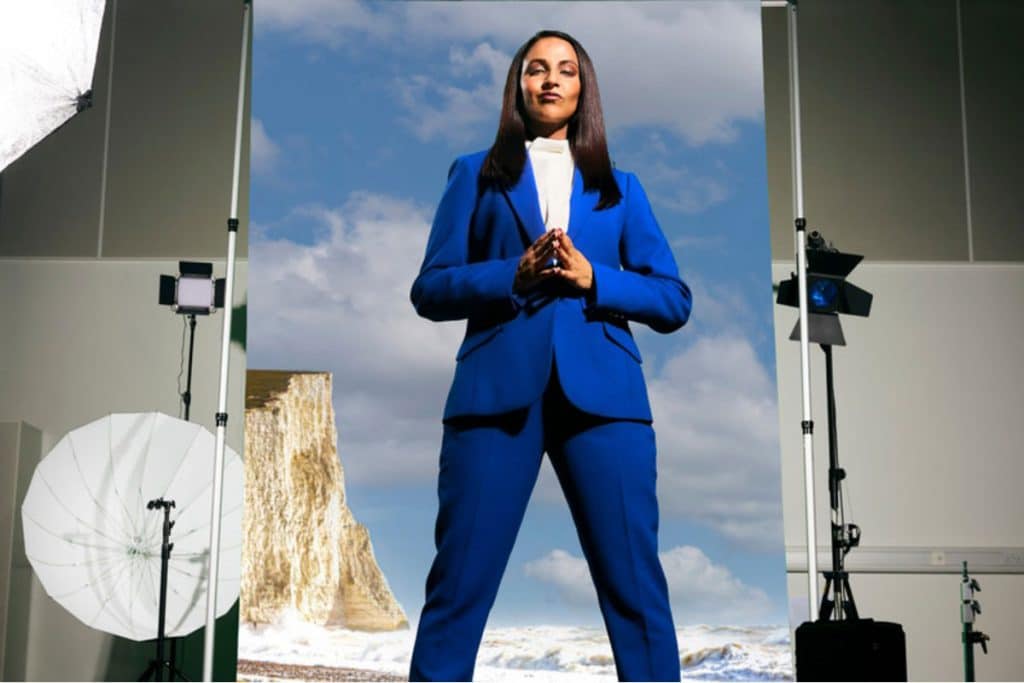 Political satire is hard to pull off, and there are many things about Uma Nada-Rajah’s play that hit the mark. A Home Secretary, (a thinly veiled caricature of our current one), is at a photo shoot in Dover, her high heels firmly stamped in the sand to prevent immigrants entering the country. Her project is Operation Womb, to enclose Britain from the rest of the world. All goes wrong when a baby is washed up between her feet, and, instead of handing it in, she stuffs the baby into her handbag, the first case of which since Oscar Wilde. On the train back to London an actress paid to play her mother, and a journalist interviewing the Home Secretary, complicate events.

The trouble with the play is that satire works best when it’s subtle, and here it’s a subtle as sending immigrants to Rwanda. A Malcom Tucker-like Press Secretary, (played with enjoyable energy by Sophie Steer), tries to spin the story into a favourable light, and Anna Russel-Martin’s inexperienced journalist adds much to the mix. However, the tropes of farce mean that both Aryana Ramkhalawon and Habiba Saleh are so over the top that any plausibility goes out of the (train) window.

I admired what the play was trying to say, but the execution moved it so far away from the likelihood we never really believed in the events, and the timing was off in the performance I saw. It’s not until the end when the tone becomes darker and Operation Womb does not feel like such an unlikely Government announcement, (not from this government anyway), that a more promising play begins to emerge.