Paul T Davies reviews Stef Smith’s new play Enough which is playing at the Traverse Theatre as part of the Edinburgh Fringe. 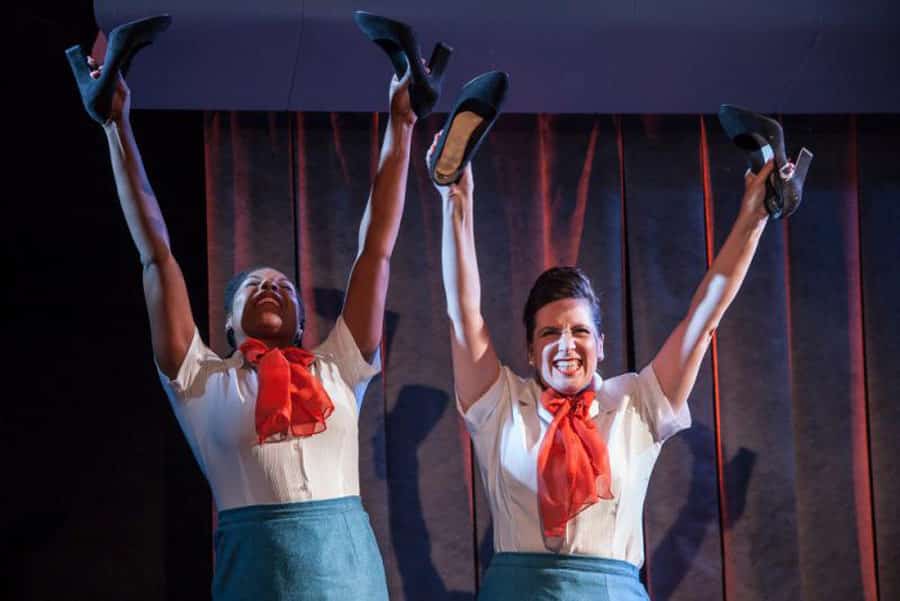 Jane and Toni are flight attendants, immaculate, iconic symbols of glamour and adventure. But the job isn’t what it used to be and around the world, in their homes and hotels, and in the sky, they can feel the ground shake beneath them. In Stef Smith’s new play, all is not what it seems to be as the earth lies screaming, or is it being reborn?

It’s a challenging piece, performed with great energy. Jane, is married, the home body, but restless. Toni is involved with an abusive man, but she finds it hard to let go as she strives for what Jane has. Both Louise Ludgate and Amanda Wright play beautifully off each other, the cracks in their friendship emerging as clear as the subsidence in Jane’s bathroom.

Smith wastes no words, although the text appears economical, there is huge depth beneath each line. This economy, for me, hindered the development of character a little, and the play heads towards a climax that doesn’t arrive. The earth is rumbling with forgotten women, dismissed by men as much as flight attendants are. But the women don’t call up this tribe, but choose to return to sand.

That said, Smith is a terrifically poetic writer and the play teems with imagry on a wonderful, decomposing set by Kai Fischer. The entire run has sold out, such is Smith’s reputation, but do try the returns queue as this is a recommended show.