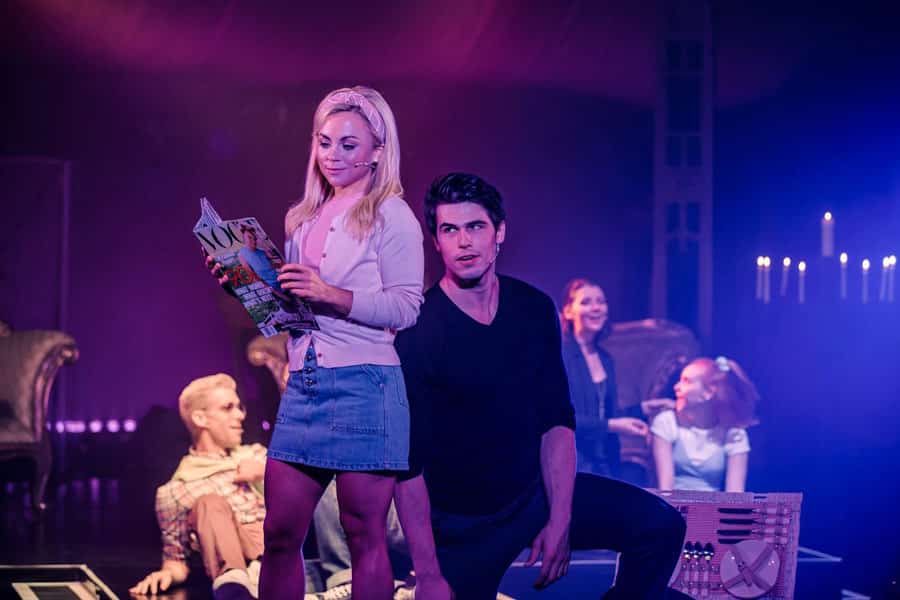 The 1990s ended with a film that captured the zeitgeist of the age, exposing the fakeness and corruption behind the glamorous, wealthy elite but doing it with style and sexiness. Since 1999, Cruel Intentions has become a cult classic for a generation, both in Britain and the US, so a new musical adaptation, using ‘90s pop hits, is destined to be an irresistible success.

After debuting in Los Angeles and New York City two years ago, the musical is premiering in the UK in a large Spiegeltent at Edinburgh Festival Fringe with a new cast of talented young British actors. Distilled into a pacy 75 minutes, the show sticks largely to the original plot, with the film’s writer Roger Kumble joining Jordan Ross and Lindsey Rosin in creating this new version. It focuses on beautiful but cruel teenage step-siblings Sebastian Valmont and Kathryn Merteuil who attend an elite Manhattan school. It charts the devious webs that the pair weave for the sake of pleasure and revenge, delighting in their supposedly dispassionate manipulation of the innocent. Inevitably, their intentions do not have the results they planned. 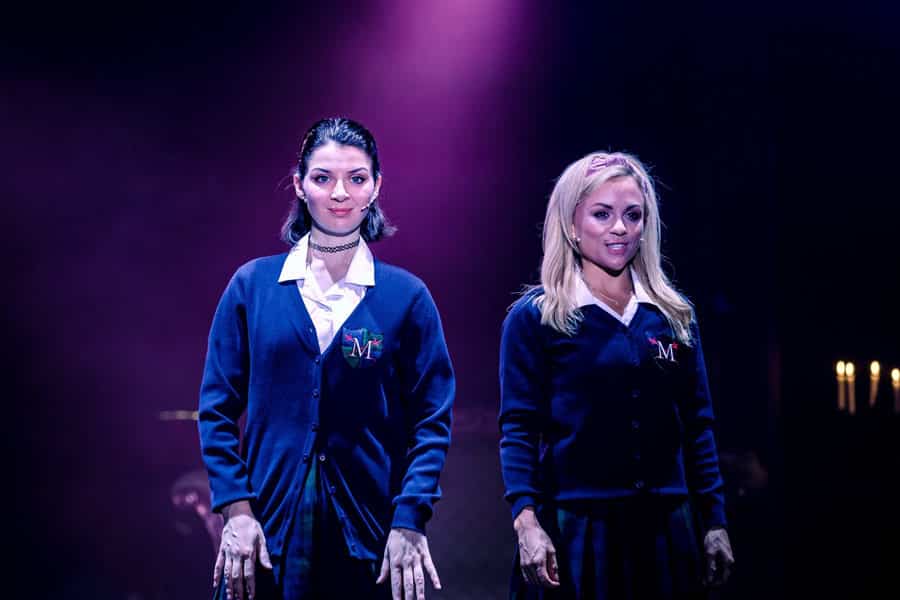 The closing scenes of the film were unforgettably soundtracked by The Verve’s 1997 hit Bittersweet Symphony, which is just one of the many ‘90s tracks that have been cleverly integrated into the story. From the ensemble opening with Placebo’s “Every You, Every Me”, telling us to “pucker up for heaven’s sake”, the audience noticeably responds with the joy of recognition as well as appreciation of the song’s unexpected aptness. Under music director Sarah Morrison, 18 perfectly chosen songs are crammed into the show: Sixpence None The Richer’s Kiss Me feels written for Kathryn’s practical kissing demonstration with the naive Cecile, while Ace of Base’s The Sign is hilariously used as a celebration of a mind-blowing orgasm. 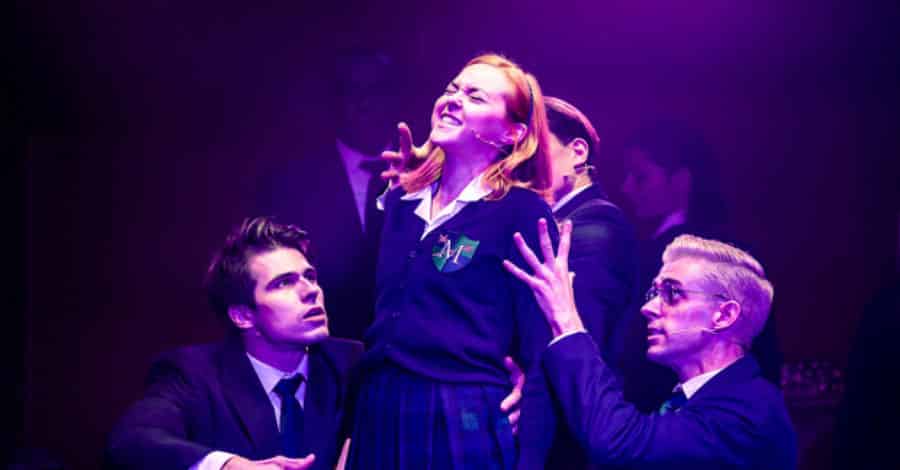 Slickly directed by Jonathan O’Boyle, this new version may have lost some of the dramatic depth and bite of the film but it compensates with humour and a great sense of fun, with added delight from Gary Lloyd’s sharp and witty choreography. Among the flawless ensemble cast, Evelyn Hoskins stands out as Cecile, emerging from gawky innocence to discover the glories of sex, while Rebecca Gilhooley banishes all memories of Sarah Michelle Gellar as the icy, elegantly poised Kathryn. With sensual charm, Dominic Andersen is excellent as Sebastian alongside Sophie Isaacs as Annette who turns out to be more than a match for his seductive intentions. The rest of the cast has a strong musical theatre pedigree, with Dean John-Wilson as Annette’s closeted boyfriend Greg, Scott Hunter as his secret lover Blaine, Ashley Samuels as Cecile’s cello teacher Ronald and Gemma Salter as her mother. With leading producer Bill Kenwright on board, this new incarnation of Cruel Intentions is surely lined up to delight more audiences after its Edinburgh run.