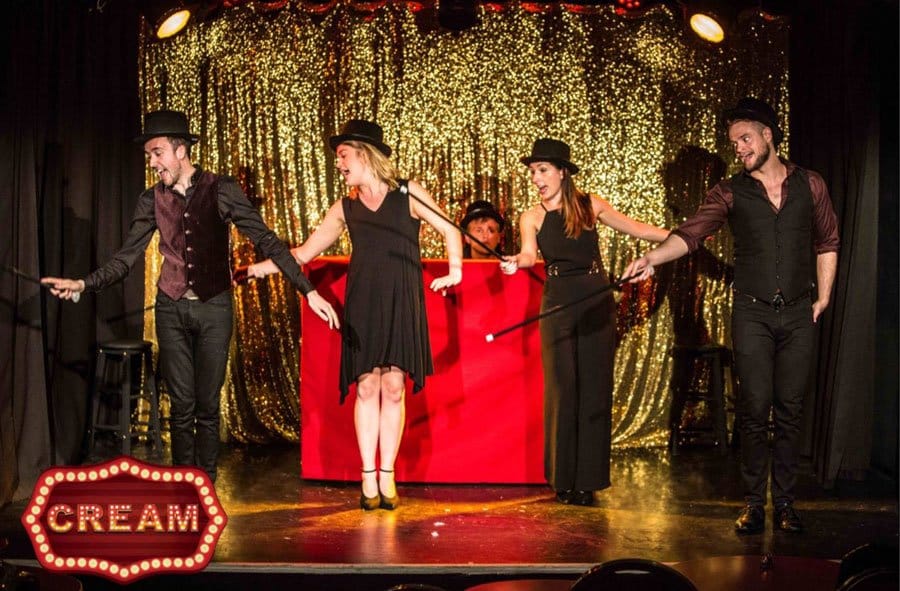 The people sat at my table for this high-calorie, early evening soufflé said they’d been lured to the theatre by two things in the blurb: the promise of something ‘hilarious’ and involving ‘musical comedy’. ‘Nuff said. They knew what they wanted, and they got it in spades. Four hardy showbiz types – Danielle Morris, Brendan Matthew, Katriona Perrett and Daniel Mack Shand – took to the platform alongside ace MD Aron Clingham to knock out an hour or so of wit and warmth in a catalogue show stuffed with numbers from forgotten, doomed, dismissed or dissed musicals of years gone by. And the charming young couple beside me were completely satisfied with what they got.

The curtain raiser – a tad of an exception – is ‘It’s A Musical’ from the far-from-rubbished ‘Something Rotten’, and very pleasant it is to hear again, too. With not only direction but also choreography from the seemingly limitless talents of Tim McArthur, the number has bags of charm, and sort of establishes the tone of the event. Swiftly, we move into ‘I’m Ev’rybody’s Girl’ from Kander and Ebb’s ‘Steel Pier’, packed full of perfect triple-rhymes and cheeky amorality, and another peach, ‘Blue Crystal’ from the equally challenged ‘The Rink’, and then ‘It’s A Business’ from the same team’s nearly totally oblivionised ‘Carmen’. 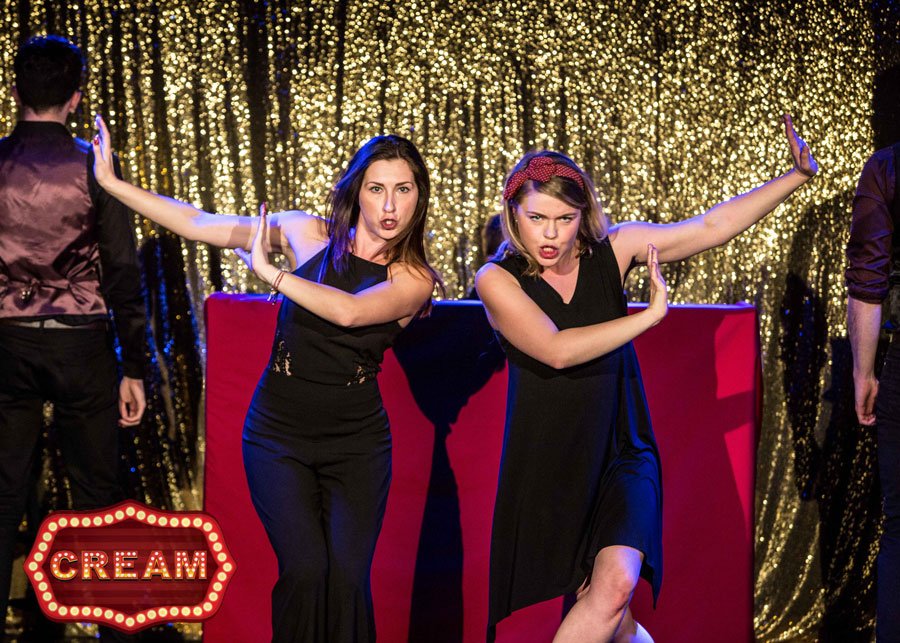 Coming back over this side of the ‘pond’, we discover the hidden joys of Tom Jones’ (yes, THAT Tom Jones) score for ‘Matador’, a show probably better known for its poster rather than for any performances anyone may have seen of it: ‘The Boy From Nowhere’ is a lovely lyric and a finely shaped melody, quite unjustly ignored. Well, actually, Michael Ball’s recorded it. You see, discerning artists know how to keep these things going; and that applies to so much of the rep in this gig.

The comically enchanting Hobbits’ Song from ‘Lord of the Rings’ is – frankly – beyond parody, being an exuberant celebration of gibberish. (And gibberish is not an official hobbit language: it is the effect created by Matthew Warchus and Sean McKenna’s – no doubt, consciously – hideously inept verbiage.) The heart leaps up to discover great artists capable of great sins, and more – you will be pleased to hear – is to come… 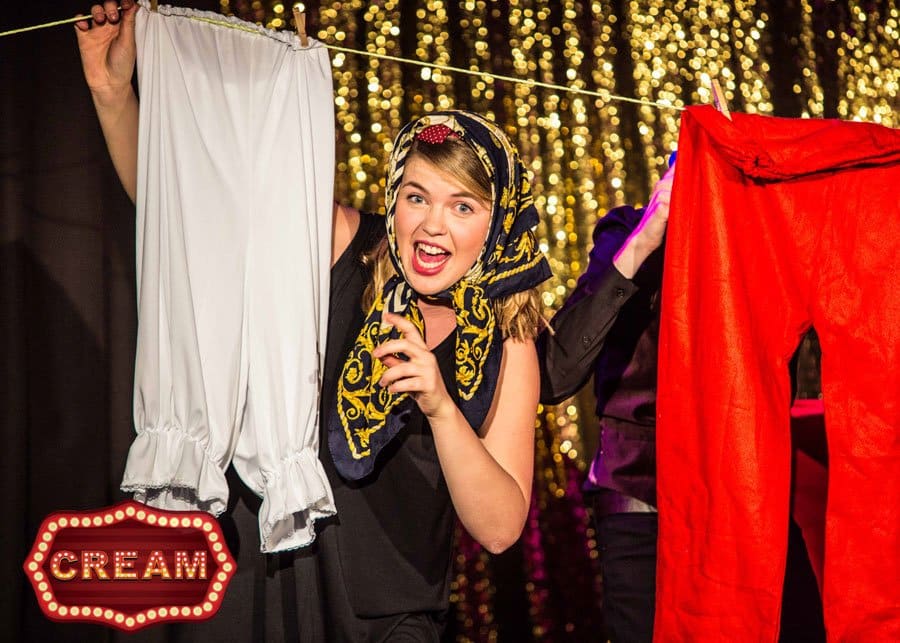 A mash up of 80s-90s jukebox or catalogue musicals features some foot-tapping stuff from ‘9 to 5’ (a show that works perfectly well on the stage, and I will fight anyone who disagrees with me to the death with rolled up programmes in the carpark now), ‘Flashdance’ – which is somewhat more dubious – and the really terrible ‘Viva Forever’. This is mild, however, compared with the horrors of 1989’s grotesque ‘Sherlock Holmes’: a work of the crassest, corniest show-fodder.

In competition with this, ‘March of the Falsettos’ still divides opinion. ‘Four Jews in A Room, Bitching’ sounds bad, but then it is really meant to. And I have to tell you, people, this show is not going away. In fact, it’s coming back. Any day now. Brush up your Talmud. And read upon on fugue and counterpoint, while you’re about it, because the score is nothing if not neurotically ‘sophisticated’.

And then, back to the UK, and to the lavish elevator-crash that was ‘Metropolis’. Was? Is? Was? Is? It’s being revived at the enterprising Ye Olde Rose and Crowne (MD in residence, none other than Maestro Clingham himself, in October 2017: booking open now!!) True, the main reason to hate this show was the appearance of Brian Blessed in the dominating role: I saw it, three times, and I cannot to this day tell you what he was supposed to be doing, but I can tell you he was in nearly every scene. Or, so it felt. Actually, I think he was just ‘miscast’: he did what he could to do a good job, but it didn’t quite help. The show is wrongly neglected. For instance, it has one of the best, the very best, second act openers I’ve ever seen – especially in the glamorous choreography and costumes that it was given at the Piccadilly – but that alone, alas, was not enough to resuscitate a deceased creature like it was. Sad. A song like ‘It’s Only Love’, included in this review, is worth hearing.

The boat building scene from ‘Moby Dick’, in the other hand, is not. It’s a weak number from a show that has much better material in it. However, if the point of this concoction is also occasionally to rub a little salt into the wounds of slain entertainments, then nothing could sting more than this. It’s awful. 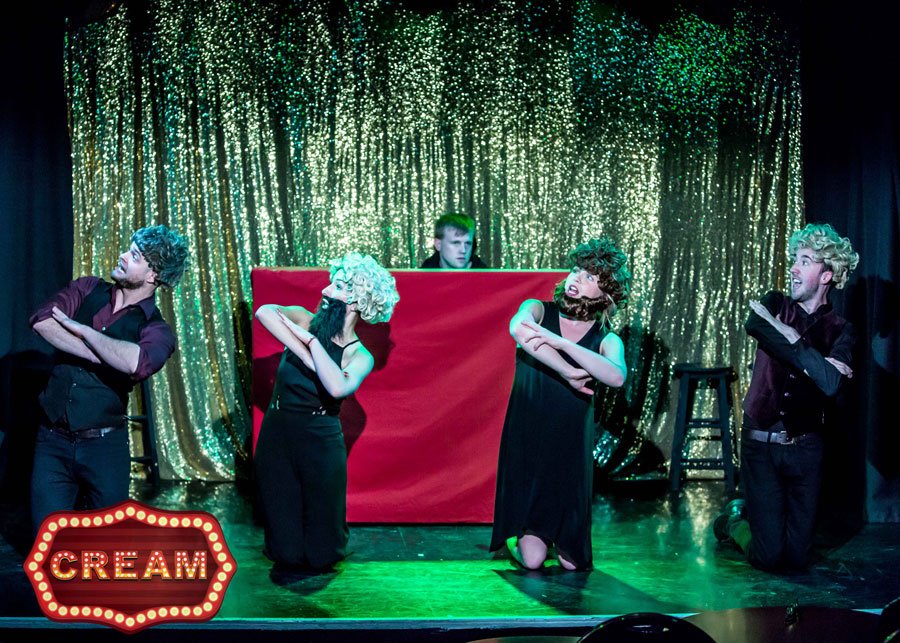 Not so the big love tune from ‘Les parapluies de Cherbourg’. What? You don’t speak French? Zut alors! The show is called – in English – ‘The Umbrellas of Cherbourg’. It is a delicate confection, spun out of the sugar of Michel Legrand’s syrupy melodies, and held up by nothing more than gallic self-belief. Take away the French element and it crumbles into unpalatable dust. ‘I will wait for you’ is here extruded to the nth degree, well beyond the audience’s breaking-point, and is presented as a cruel, heartless farce. Ouch. Michel, I’m sorry they’re doing this to do!

Then again, ‘Out, out, out!’ from ‘Batboy’ is here to remind us of what, exactly? The show is a satire – of sorts – and enjoys a kind of cult notoriety that appears to have been its primary objective from its launch. The show is like being trapped in a B-Movie, to which there is not going to be any end. Well, there is a conclusion – a thoroughly Jacobean one – and the songs all have to be heard in that kind of gruesome context. OK: I admit partiality; I happen to like this show. Well, alright, I like it a lot. Really a lot. Similarly, ‘Glitterboots’ from the unbelievably disastrous – but eternally revived – ‘Saucy Jack and the Space Vixens’ is another number that, once you have heard it done by the likes of Jamie Birkett, et al, is impossible to get out of your bloodstream. It infects you. And here we even get the original choreography (I dare anyone, anyone at all, to stage this show without it!). What’s not to love? It’s like a not very good dance number from ‘Top of the Pops’. Is that a crime?

Well, how about ‘Dance of the Vampires’, a show that has not dared show itself by the light of a West End theatre, and yet which plays, on and on and on, in most Germanic-Magyar countries as if nothing else could ever supplant it. The Jim Steinman number, ‘Total Eclipse of the Heart’, is – apparently – used in this show, but where? I can’t find it listed. ‘Why are you even trying to find that out?’ I hear you ask…. No words, other than to point out the cripplingly funny staging given to the song here, and – no, no, no – torture and money will not wring further details from me. Go and see it for yourself. It’s the highpoint of the show, the moment that the magic really happens! (It would be nice if there were a few more moments like this in the hour or so we spend with these delightful people, but it is what it is.)

Oh, and there’s a coda. We close with the lovely, Lisha-esque trademark number from Cy Coleman’s ‘See-Saw’, ‘It’s Not Where You Start, It’s Where You Finish’. And I couldn’t agree more. Yes, this whole show – hastily put together in barely a week – might well shine a bit more with a little more rehearsal and polish, but the ending is full of optimistic verve and good cheer. And it ain’t over yet. Keep listening, and keep watching the stage! You won’t be sorry.

Every Sunday til 23 July