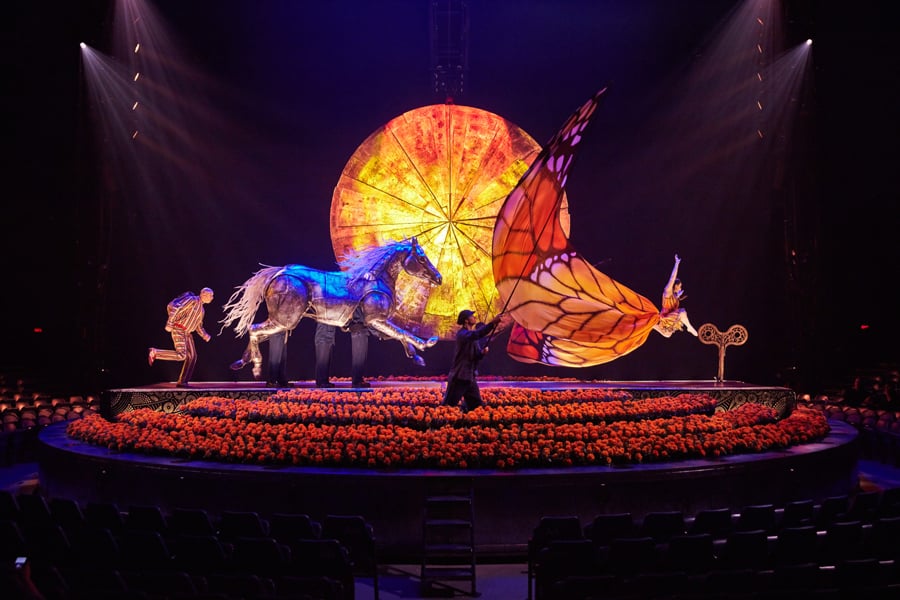 Each year Cirque Du Soleil arrive for their month-long residency at London’s Royal Albert Hall, and each year I look forward to the spectacle and artistic brilliance that they deliver year on year. This year we were promised a new show Luzia described as “A Waking Dream of Mexico”, a show that would reflect the indomitable spirit and the strength of character and sheer will of its people and in this they have succeeded admirably. 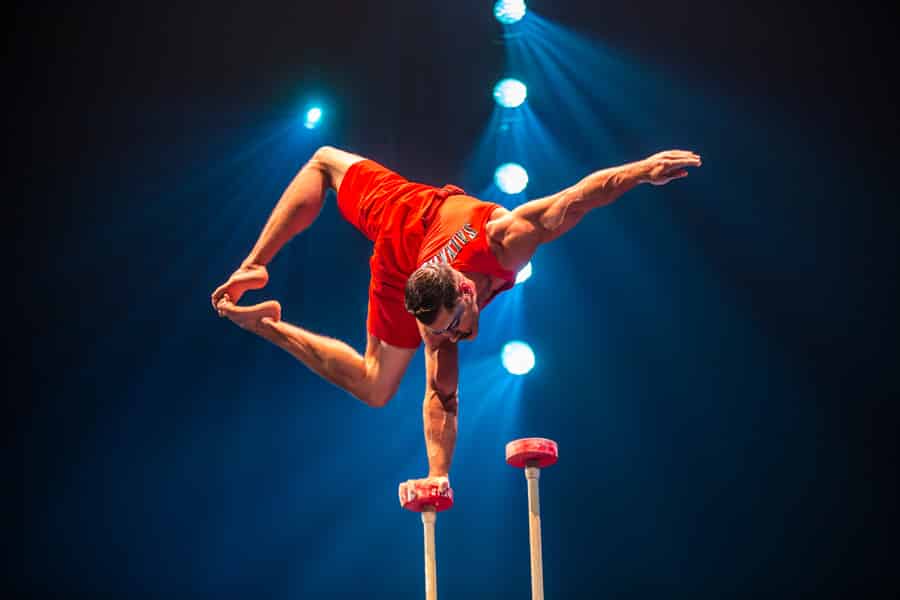 Luzia is a show that is full of thematically beautiful imagery that binds this quite extraordinary show together. Picaflores (Hummingbirds) dazzle with Hoop Diving, Mexican cinema is used to show the gravity-defying skill of Ugo Laffolay on Canes, and the football dance section of the show featuring Abou Traore and Laura Biondo brings street spirit and youthful enthusiasm to this Mexican fantasy. 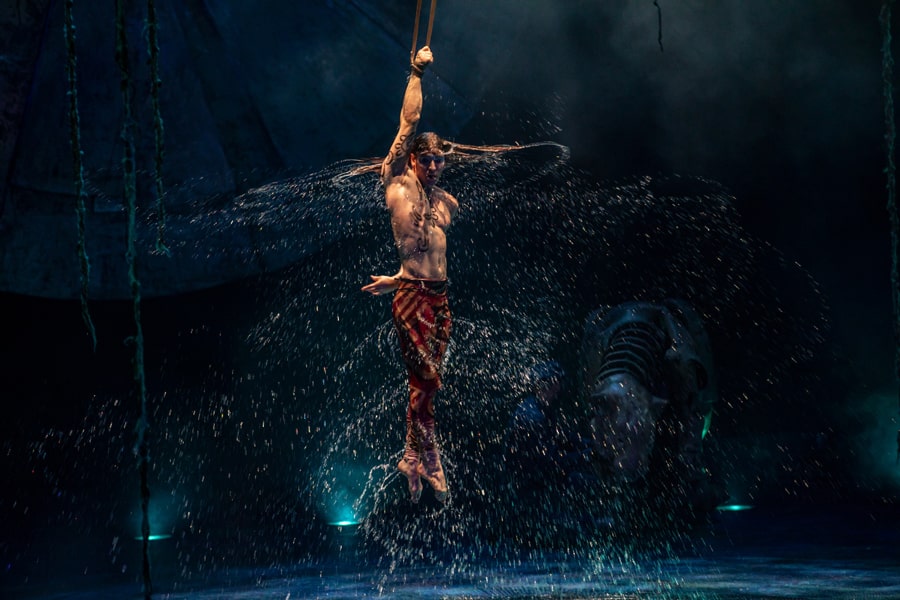 There’s acrobatics aplenty in Luzia with a masked wrestler managing 360 rotations that had the audience gasping. Stephen Brine’s strap routine combined with tiger like beast and water creating a visually playful and beautiful routine, and the swing to swing troupe had bodies airborne in ways which have to been seen to be believed. 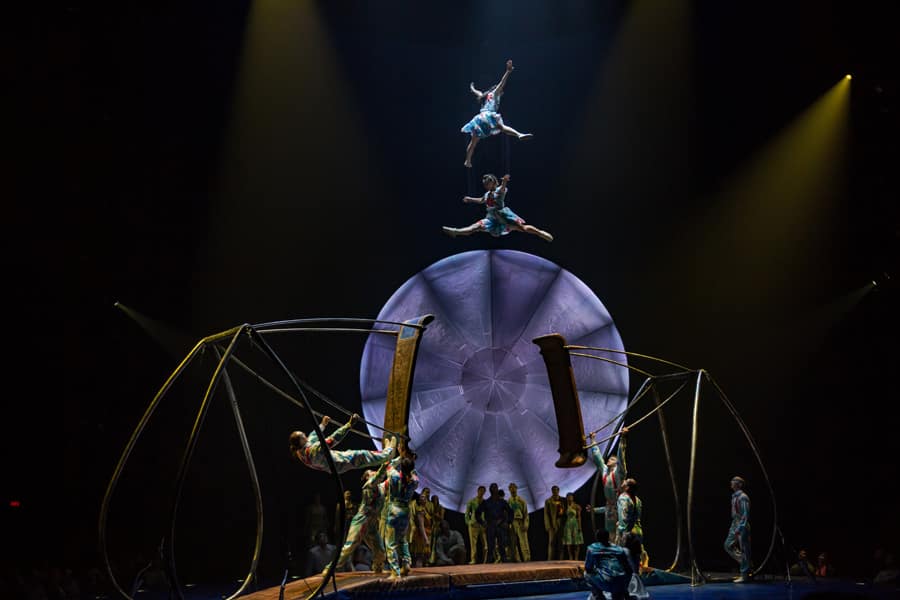 Special mention this year must to go Aleksei Goloborodko whos contortionist routine was one of the best I’ve seen in recent times, and to the beautifully executed Cyr Wheel and Trapeze Dance which was exquisite in its fluidity. 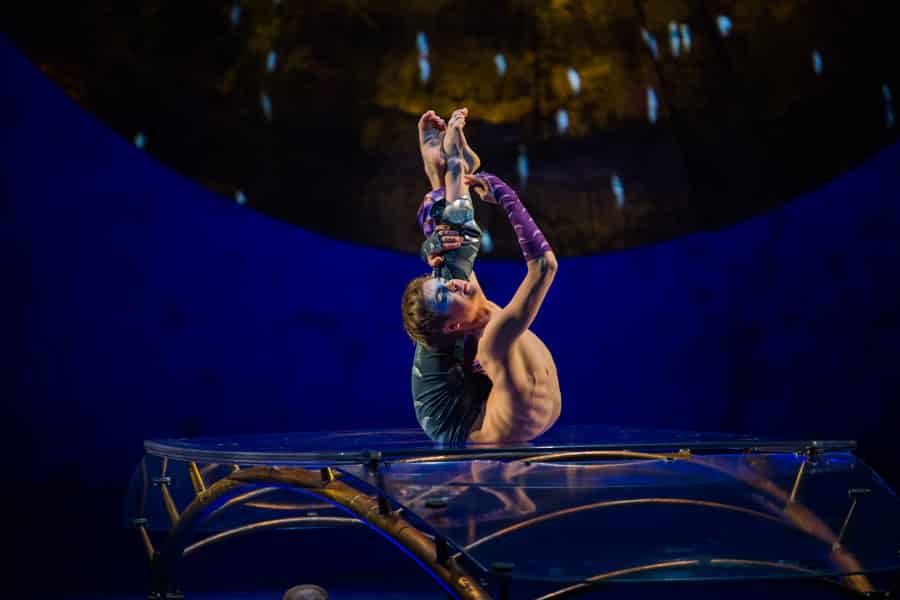 Musically, Luzia’s terrific ensemble and Chanteuse Majo Cornejo bought gorgeous Mexican flavour to this piece, and the inclusion of a magical water curtain gave Luzia a whole new dimension visually and comically as Fool Koller’s clowning took us through this incredible journey. 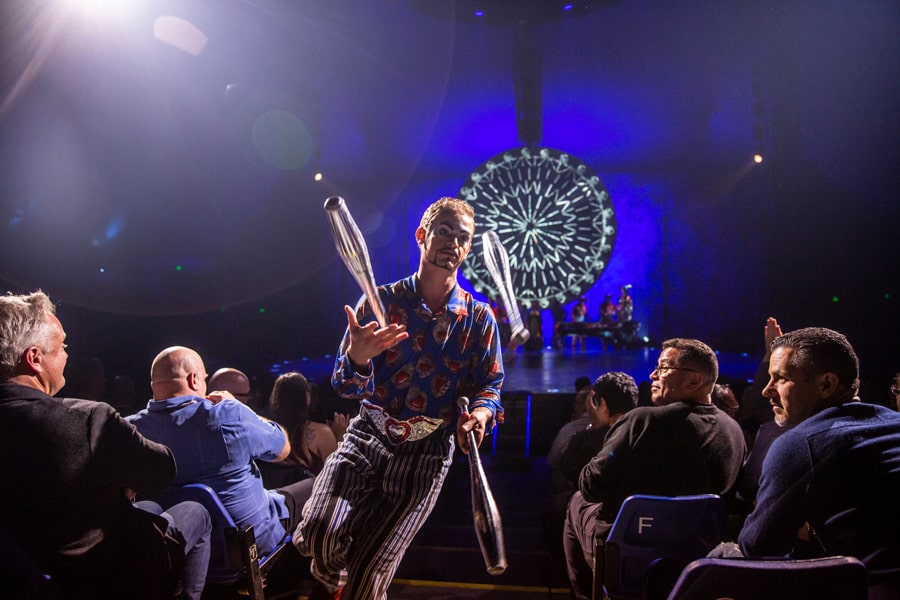 The magic of Cirque Du Soleil is that this troupe of incredibly talented artists make it look all so easy. This could not be further from the truth, each night they challenge each other and perform awe-inspiring routines for audiences worldwide. Cylios Pytlak’s extraordinary juggling routine served to show that these routines are not easy, that the skill of the performer to dazzle an audience even after a mishap is paramount and that the sheer charisma of the performer to connect (in this case with an audience of thousands) is vital. Cylios had his audience under his spell throughout, and by the end of his routine has us appreciating the skill of the artists who come to London every year to entertain us. Bravo!

I’m a self-confessed Cirque A Holic having seen most of their mind-blowing Vegas productions, but for me it’s their yearly shows at the Royal Albert Hall that bring talent in it’s rawest form to the stage and year after year continues to amaze me.

What can I say except Luzia is Magnifico!