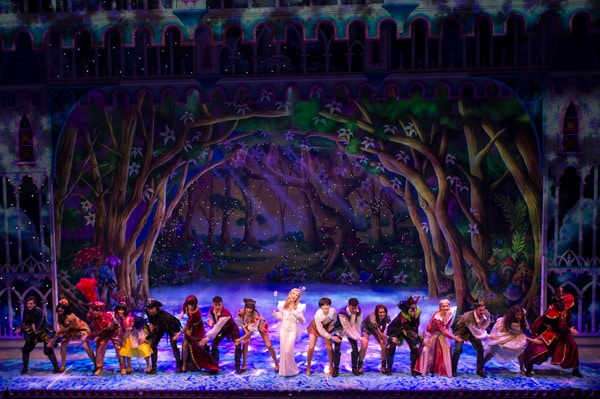 This year grand pantomime has returned to the London Palladium and it’s a spectacular affair indeed. QDOS Entertainment have spared no expense in bringing this all-star affair to the stage but at the end of the day does the expense make this a better pantomime?

Cinderella is possibly the most popular pantomime there is. It’s the classic story that most little girls know and is just enchanting.

There is much to admire about the sets and costumes on display here. There’s enough sparkle to blind half the audience with Julian Clary’s Dandini upgrading his outrageous costumes in a parade from the sublime to the downright outrageous. It looks like a million quids worth of bling on stage and it’s truly wondrous to look at. With a stage as big as the Palladium, shows can quite easily fail to live up to audience expectations, this is the Palladium and BIG is expected. QDOS pull more than a few tricks out of its bag with some extravagant surprises when it comes to transport to the ball and a certain Vespa ride back to the palace. Quite magical. 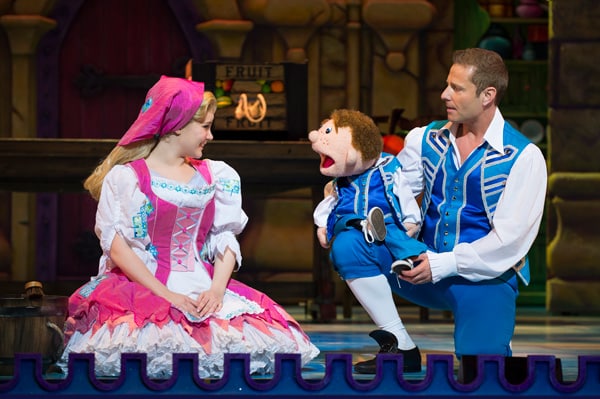 Paul Zerdin steals the show as likeable Buttons. This supremely talented performer had the audience onside throughout and I’m more that sure at a few stages through the show the little girls near me thought he should have ended up with Cinders. Amanda Holden as the Fairy Godmother looked amazing, sounding like Julie Walters she waved her wand and was the business. Natasha J Barnes showed once again that she is an ascendant star, absolutely perfect as the downtrodden girl with a heart of gold who wins her prince despite the odds. As that Prince Lee Mead was perfectly suitable but really didn’t get all that much to do. Perhaps the most fun came from the marvellous Nigel Havers who accepted an evenings worth of mirth and mockery to come out looking like the best sport in the world. 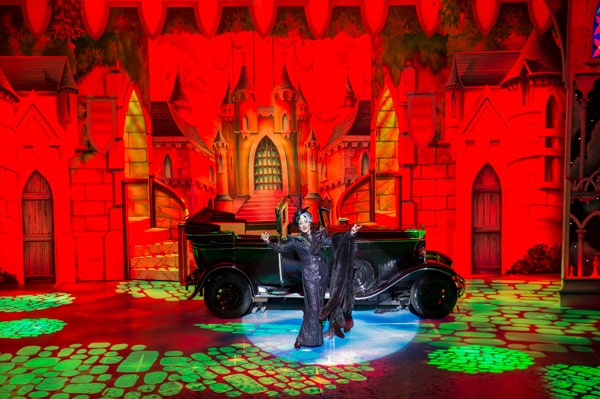 Paul O’Grady played a perfectly villainous Baroness Hardup, comedy perfection, it was great to see Paul back on stage at full throttle. Julian Clary was Julian Clary, double entendres blazing, mincing and carrying on as he has done for years, and this is one of my two quibbles with this production. As family friendly pantomime one or two jokes aimed at the adults in the audiences would have sufficed, but on the night I attended the ribald jokes kept on coming and coming bordering on downright smut. Cutting 80% of Clary’s drivel would have bought the evening in at a more respectable length and been far more family friendly. Talking to parents sitting around me at interval most were unhappy with that section of the show.

All the traditional elements of panto are here and delivered exquisitely, including the hysterical If I Were Not In panto number which had the audience howling throughout. Zerdin fought valiantly to not be upstaged by the four young children who were selected to appear on stage, but was wise enough to know when he was nearly beaten. Just perfect! 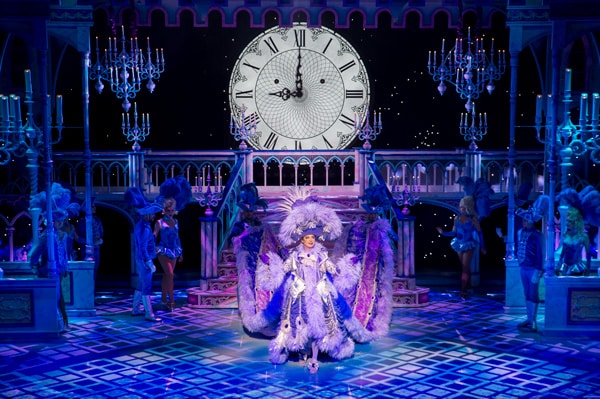 The show features a great chorus but whether it was overly complicated choreography from Andrew Wright or just tech problems on the night, some of the bigger numbers veered towards becoming a motorway pile up which I hope gets resolved as the season goes on.

All in all, this is about as spectacular and over the top as pantomime should ever get. You certainly saw every penny of your ticket price on stage and the audience loved it, for me, I just wanted a bit less innuendo and a bit more family entertainment.

BOOK TICKETS FOR CINDERELLA AT THE LONDON PALLADIUM