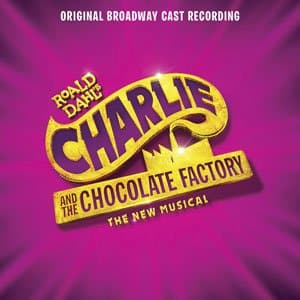 I was a HUGE fan of Charlie and the Chocolate Factory when it opened at the Theatre Royal Drury Lane with a score by Marc Shaiman and Scott Wittman. Audiences were presented with a theatrical extravaganza, but what really struck me was the fabulous score which used only one song from the Gene Wilder film.

Shaiman and Wittman had pulled off the near impossible by channelling the Wonka zeitgeist, creating new music for Charlie of the same calibre and Bricusse and Newley’s original film score.

I was therefore interested to hear that for the Broadway production changes were to be made. More song moments from the film have been integrated, numbers from the London score cut (luckily the London cast album exists!) and new songs written.

Christian Borle takes over the spoon of iconic chocolatier Willy Wonka and his performance is nothing short of spectacular. His tooth-tickling-tongue-twisting-triptastical performance is mesmerising. His laser-sharp diction in songs like Strike That  Reverse It is superhuman and would put a certain modern major general to shame. There’s sarcasm, humour, and enormous amounts of warmth in his performance iced with a demented frosting and it comes across in droves on this recording. Borle’s interpretation of the show’s new finale The View From Here and the classic Pure Imagination alone place him alongside Gene Wilder and Douglas Hodge as encapsulating the magic of Dahl and Wonka.

John Rubenstein (Broadway’s original Pippin) takes on the mantle of Grandpa Joe. A tale-teller, and doting grandfather, his relationship with Charlie is palpable, as he says “ they make something out of nothing” and that relationship magic is at it’s best in Charlie, You and I.

On this cast album all three Broadway Charlie’s make an appearance. There’s a wonderful Wonka fuelled mania (almost sugar fuelled hysteria) in Jake Ryan Flynn’s Willy Wonka! Willy Wonka!, Ryan Foust’s wonderful sensitivity in A Letter From Carlie Bucket lifts this wonderful moment from being too soft and sacharine to something of intrinsic beauty, whilst Ryan Sell manages the wide-eyed excitement of I’ve Got A Golden Ticket and Grandpa Joe beautifully. Like so many shows relying on children as central characters casting must be just right and on this recording these three young actors shine.

Charlie’s father seems to have bitten the dust in the transatlantic trip to Broadway with Emily Padgett playing Charlie’s mum. If Your Father Were Here could not be in better hands. It comes across as an honest, moving take on parental love in its purest form. It makes me cry what can I say!

No Roald Dahl tale would be complete without the villians, and with Charlie and the Chocolate Factory you get a gallery of grotesque children to savour. Augustus Gloop (F.Michael Haynie), Veruca Salt (Emma Pfaeffle), Violet Beauregarde (Trista Dollison) and Mike Teavee (Michael Wartella) deliver the spoilt nastiness in abundance. Each child comes matched with perfectly exasperated parents. The parents – Mrs Gloop (Kathy Fitzgerald), Mr Salt (Ben Crawford), Mr Beauregarde (Alan H Green)and Mrs Teavee (Jackie Hoffman) are dynamite. Listen carefully to get every wonderous line from these stunningly vile children and their equally damaged parents. Jackie Hoffman wins the day with her “Come and visit my factory” line – superb!

The Broadway Charlie features much of the new Oompa Loompa score from London but now also incorporates thematic elements from the film. Delivered with gusto on the recording I have to admit that When Willy Met Oompa is the one part of the new score that has yet to win me over.

It’s also interesting that audiences are now let into the show’s big surprise ending when Wonka now announces at the beginning that he’s looking to hand over control. Does it take away the magic, I daresay only those who’ve seen the show could really comment, but what it does it set up a wonderful moment in Willy Wonka! Willy Wonka! where a manic Charlie serves up a dish of manic ego bruising honesty to an undercover Wonka.

Marc Shaiman’s score has been gloriously orchestrated by Doug Besterman. It’s equal parts lush and lavish and modern and brash and just so Broadway in so many delightful ways. With the show’s orchestra under the masterful musical direction of Nicholas Skillbeck, Charlie couldn’t have been in better hands and it shows on this cast album.

So, get your hands on a copy, pop a gobstopper, turn off the lights and your phone, close your eyes and just listen and savour the wonders that await you in the world of Charlie and the Chocolate Factory. I’m looking forward to seeing the show based on this album.

BUY A COPY OF THE CHARLIE AND THE CHOCOLATE FACTORY BROADWAY CAST ALBUM FROM AMAZON.CO.UK

BOOK TICKETS FOR CHARLIE AND THE CHOCOLATE FACTORY ON BROADWAY