Douglas Mayo reviews the musical stage adaptation of the hit movie Bring It On now playing at Queen Elizabeth Hall, Southbank Centre, London as part of the UK Tour. 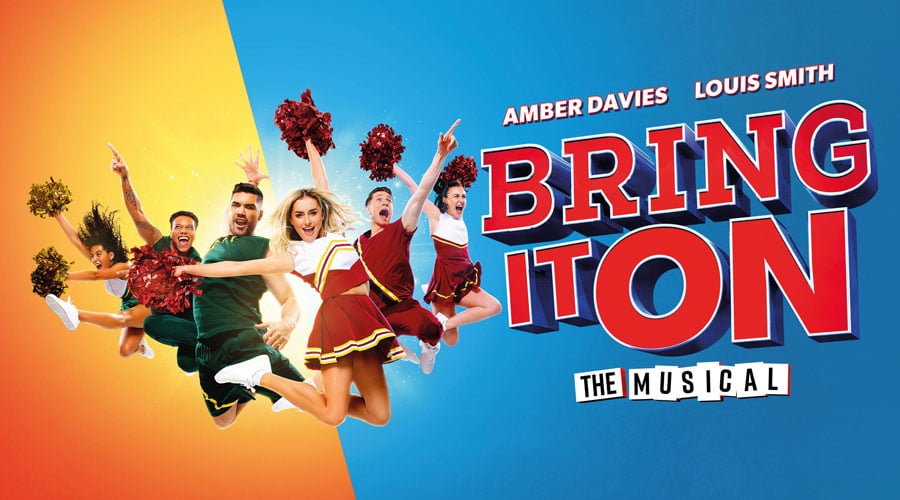 Bring It On The Musical
Queen Elizabeth Hall, London as part of UK Tour
14 December 2021
4 Stars
Book Tickets for London
Bring It On UK Tour tickets

It’s taken 9 years for this very American musical to make its professional debut in the UK, but the wait is now over and following a Christmas sit-down season at the Southbank Productions.

If you are familiar with the movie Bring It On, the first thing you need to know is that the musical uses similar characters and themes, it is not a direct copy of the film, and as you can imagine with a show about Cheerleading in the USA, it comes with very specific challenges. So much so that when the show opened on Broadway, no less than 32 cast members were making their Broadway debuts. For the cast of Bring It On need Broadway musical singers and performers with the skills of acrobats and precision drill routines, and in anyone’s book that’s a big ask.

Bring It On has a book by Jeff Whitty (Avenue Q), music by Tom Kitt (Next To Normal, Freaky Friday). music and lyrics by  Lin-Manuel Miranda (In The Heights, Hamilton) and lyrics by Amanda Green (High Fidelity, Hands On A Hardbody). It’s a non-stop 2 and a half hours for the cast who play the students at two schools competing again each other at Cheer Championships. Of course, there is high school bitchiness, popular and not so popular cliques, foul play, a bit of romance, attitude aplenty and performers mid-air throughout.

The show itself is light, bouncy and has some catchy songs. Director Guy Unsworth and Choreographer Fabian Eloise have kept the show fluid and fast-paced with no doubt the awareness that for safety on a tour of this nature, well-executed routines where the precision is on the money and carefully staged Cheerleader uplift is paramount. The result is that it all tends to look incredibly easy… It’s not!

Unfortunately, the whole production’s sound design fell foul of the venue’s cavernous nature and acoustics which whilst great for some shows meant that lyrics were lost and the whole thing came across as if being amplified with reverb overkill. If you are unfamiliar with the show, take a listen to the Broadway cast album which is available on most platforms to get familiar with the quick-fire witty lyrics. I’m sure this is venue-specific issue and that for the other tour venues this problem may not present itself.

Who wins Cheer Championship, well you have to find out for yourselves, but like all good tales, lessons are learned, friendships made and a good time had by all.

Ultimately, Bring It On provides an alternative to Grease being based on films that never seem to go out of favour with younger audiences. Lots of fun at a time when we really need it.

SHOW OF THE WEEK – BRING IT ON LONDON – BOOK TICKETS HERE

Show of the Week. Tickets from £32at certain performances. Book by 19 December 2021.