Paul T Davies reviews Brawn, written and performed by Christopher Wollaton at the Space at Surgeons Hall at Edinburgh Fringe. 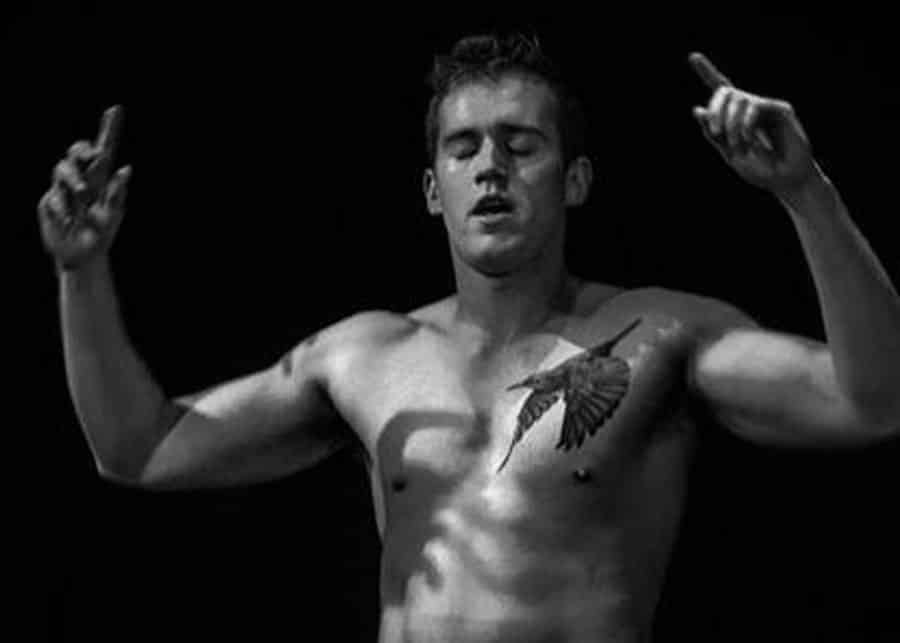 Either by accident or design, I saw a lot of work on the Fringe this year in which writers and performers looked at the impact of the media and ideals of perfection on mental health and the body. Written and performed by Christopher Wollaton, Brawn is a welcome addition to that discussion.

Ryan spends most of his time in his dad’s garage, which he has converted into a gym. He works out excessively, isolating himself from his family, friends and girlfriend. He is suffering from body dysmorphophobia and will never achieve that perfect body. During the 50 or so minutes of the play, Wollaton performs shirtless, and works out as he talks to us. Of course, for us viewers, he does have the perfect torso, but by inviting us to look at him, it brings the sadness of his condition home. By perfecting his six pack, he is packing himself away into loneliness. It shows how banter, casual judgements, and media imagery can damage the mind.

It feels autobiographical and that the show is coming from lived experience. If mental health and physical fitness allows it, it may be worth pushing the piece even more, extending the powerful final section even more as an overwhelming, uncomfortable work out. There is a bravery in a man like this speaking out, and the production is also collecting for MIND. For that alone it would be good to fill the venue.