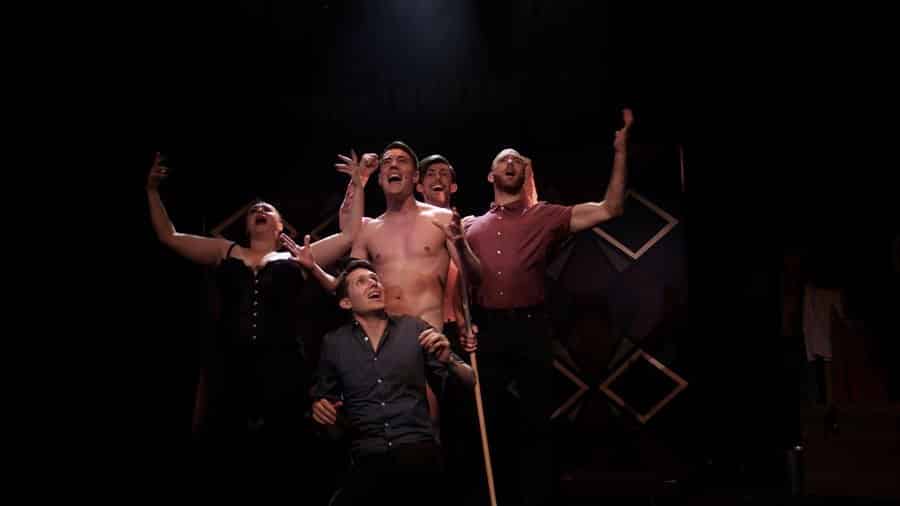 A lot of impressive creative talent has been thrown at this project, and one can but marvel at the standard of the quality of work lavished upon it. Words and music are by Chris Burgess, admonished with additional songs from Cathy Shostak, BB Cooper and Sarah Travis, with direction and choreography by Sam Rayner, supported by the Associate Choreographer, Robbie O’Reilly. Musical direction and orchestrations are by Joe Louis Robinson (although he seems only to have been present at Press Night via pre-recorded tapes). There is often ravishing lighting by Richard Lambert, and – indeed – this production raises the curtain at this year’s outing of his LAMBCO Fringe Festival, playing now at the newly renamed Stockwell Playhouse (formerly LOST Theatre). There is minimal ‘décor’, a few props and basic costumes. 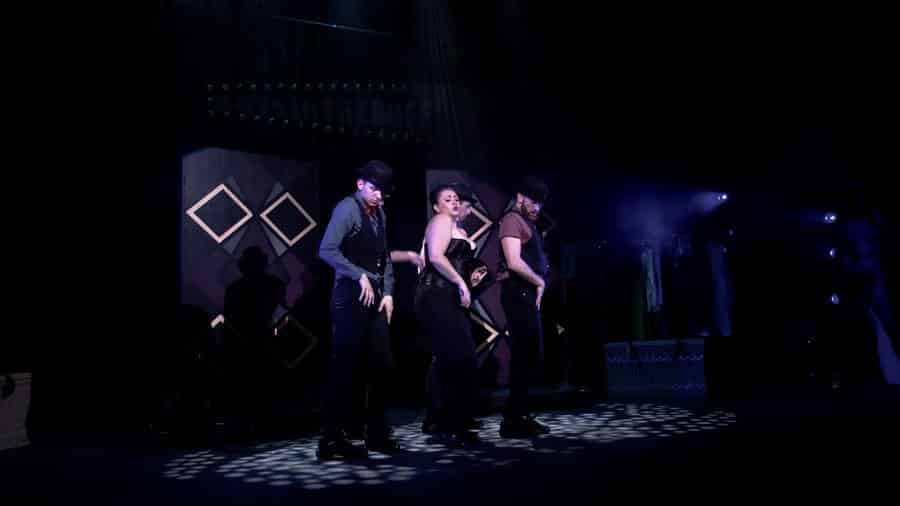 However, the score certainly sounds impressive: Burgess has studied his Great American Songbook thoroughly, and here he regales us with a score comprising nearly 20 numbers over the course of barely 70 minutes of stage time, and each number really does sound as if it belongs over the other side of the Atlantic, perhaps in a nice, smart Greenwich Village Off-Off-Broadway revue. In fact, I wouldn’t be at all surprised to discover that that is where they actually came from. Such profusion leaves not much time for the cast to do much more than sing and dance their way through them, and this they do capably well enough. The boys in question are: William Frazer’s intense, slightly chavvy Dan; Adam O’Shea’s chiselled and toned, toned, toned Max (he’s the Dance Captain, too, and you will understand why when you see him move, turn, step-step-kick-turn through the demanding choreographic displays demanded by Rayner and O’Reilly); Shaun Riddick’s a rather more gawky Richard; and, Julian Quijano’s the source of delightful embarrassment as Phil. They would be the stars of the show, as well, were it not for an amusing factor…. 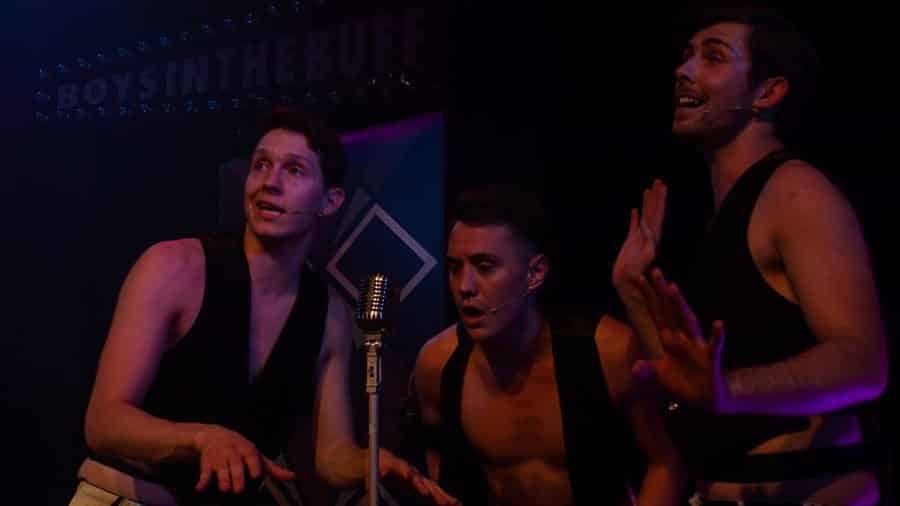 The real lead in this show is in fact the indomitable presence of diva-in-the-making, Natalie Harman’s ruthlessly bossy Diana. There lies the really amusing twist, pirouette, arabesque and twirl of this showbizzy affair: it’s all about her. She is first on stage, and first in our thoughts, and – in a way – that is a mercy. She is the yang that keeps all that testosteroney ying under control. Quite ‘why’ she has to be around, however, is perhaps a question it is best not to ask: this is light-hearted flim-flam and does not lend itself comfortably to too much scrutiny. There are lots of jokes, and plenty of highly energetic dance moves, and all this frantic activity usually diverts our attention away from wondering what on earth it’s all supposed to be in aid of. The cast’s voices are usually up to the demands of the numbers – although there are a few moments of uncertain intonation and some lines really do seem to lie outside the limits of their actual ranges. Not to worry. These wobbles don’t last long before another wisecrack comes along and…

Who’s tittering? Oh, you’ve seen the show. You’re ‘in’ on the endless parade of smutty innuendo in the script (and lyrics). You’re sussed about the subtext of the investigation of Anglo-Saxon personal prudery, combined with an obsessive interest in other people’s nakedness, that saturates the doubtless deliberately tawdry little revue, one that seems to vie for commonness with the squalid dressing room of the superannuated strippers in ‘Gypsy’? I see. OK. Well, in that case, you may find yourself wondering what this show might feel like were it to gain slightly more dimension. As things are, it is what it is: it’s a lot of fun, as long as you don’t make too many demands of it.

BOYS IN THE BUFF TICKETS